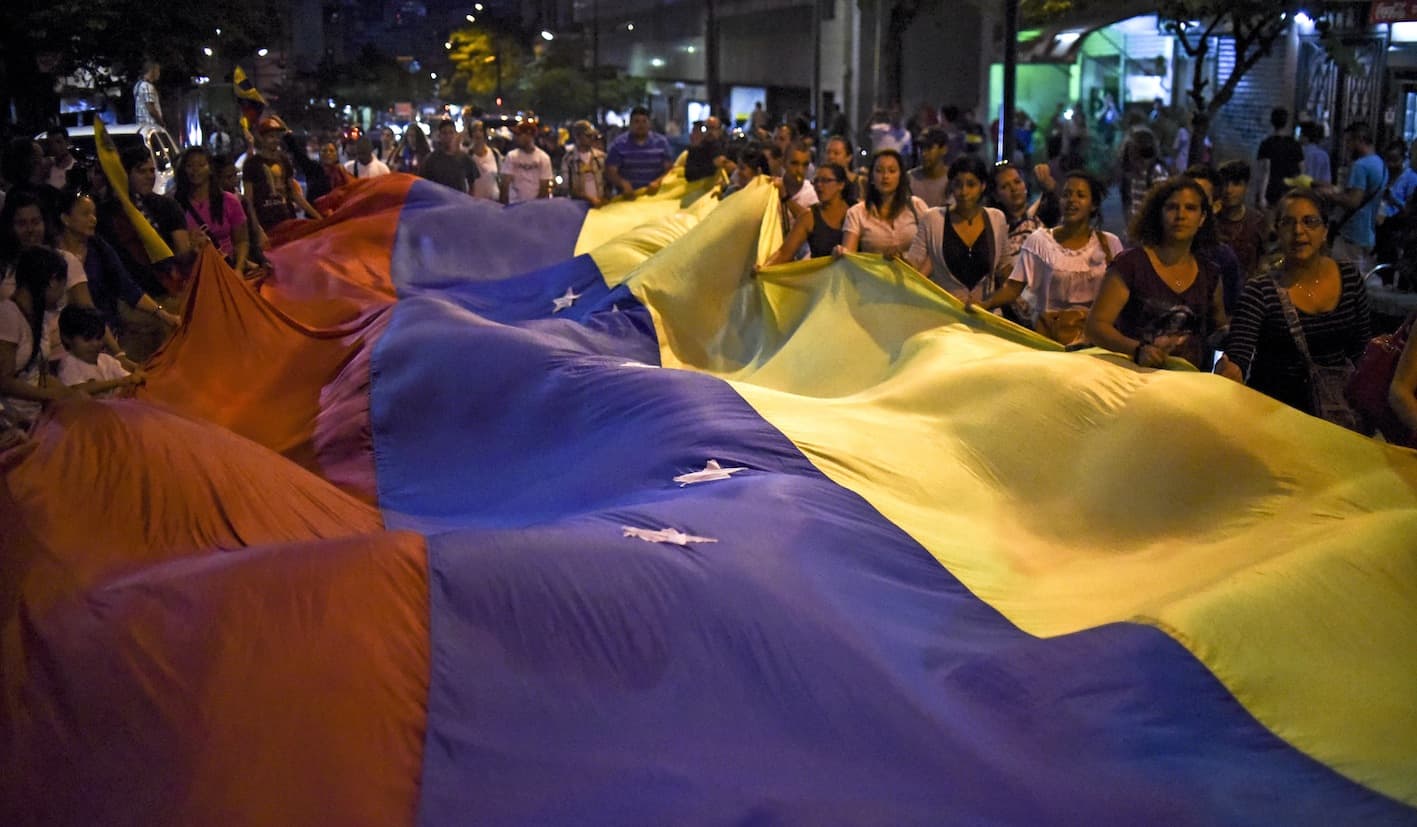 Venezuelan opposition supporters celebrate the results of the legislative election in Caracas on Dec. 7, 2015. (Luis Robayo/AFP)

CARACAS, Venezuela — Venezuelan opposition leaders said Tuesday they won a two-thirds majority in the legislature, which could challenge President Nicolás Maduro’s grip on power in the oil-rich but crisis-hit nation.

Analysts warn a tough political struggle lies ahead after Maduro’s rivals broke his side’s 16-year control of the National Assembly in elections Sunday.

Supporters of the opposition coalition MUD let off fireworks and danced in the street as the latest results of the vote came out late Monday. The state electoral board said the MUD had 110 seats, with 55 for Maduro’s PSUV socialist party.

Then on Tuesday a senior opposition leader, Henrique Capriles, said on Twitter the MUD “obtained a qualified majority” with 112 of the 167 seats in the National Assembly. The results for two other seats had yet to be finalized.

If the electoral board confirms the 112-seat majority, the opposition in congress could call a referendum, launch constitutional reforms, replace senior judges and even take measures to try to depose Maduro.

“That is not our priority,” said MUD leader Jesus Torrealba.

“Our priority is national reconciliation and secondly dealing with the economic and social emergency in this country,” he told a news conference.

Sunday’s election was a dramatic blow for Maduro and the socialist “revolution” launched in 1999 by his late predecessor Hugo Chávez. Venezuela has the world’s biggest oil reserves, which Chávez and Maduro used to fund social welfare programs.

But plunging oil prices have crippled the country since Maduro was elected in 2013. Voters punished him for an economic crisis that has families suffering shortages of basic foods and goods.

Maduro said “a new stage has begun” and it was time for “constructive self-criticism” in his party.

“I have called for a full debate to look for a solution to the country’s problems … and to build a new revolutionary majority,” he said late Monday after meeting leaders of his party.

Analysts said there were signs of division in Maduro’s camp. Political scientist María Teresa Romero in an online article foresaw “a deepening of the divisions within Chavism, particularly between the military group … and the civil group commanded by the president.”

Maduro called on his allies to “close ranks in civil-military union.”

Maduro blamed the election result on an “economic war” which he says shadowy capitalist forces are waging against him. But now he is under pressure to come up with a new economic strategy.

“He must be the only person who has invented a war and then lost it,” said Luis Vicente León, head of the pollster Datanalisis.

Voters said they were sick of standing in line for hours to buy cooking oil or sugar and finding no eggs or toilet paper in the shops.

“Now the opposition must correctly interpret what the people want, which is not just to go and get rid of Maduro, but to solve their problems” said León. “If the government is to recover, it must work out where it went wrong.”

Emergency fiscal reforms such as spending cuts, lifting exchange rate controls or raising the price of fuel would set Maduro at odds with many defenders of the “revolution.”

“He does not have the political capital to make unpopular economic decisions,” said Diego Moya-Ocampos, a Venezuelan analyst with financial research group IHS in London. He forecast the opposition would eventually try to get rid of Maduro via a referendum or constitutional reforms.

“President Maduro’s ability to stay in power will depend on preventing widespread unrest and keeping support of the military and the Supreme Court.”