He’s a Honduran banker, crocodile farmer and wanted in the US 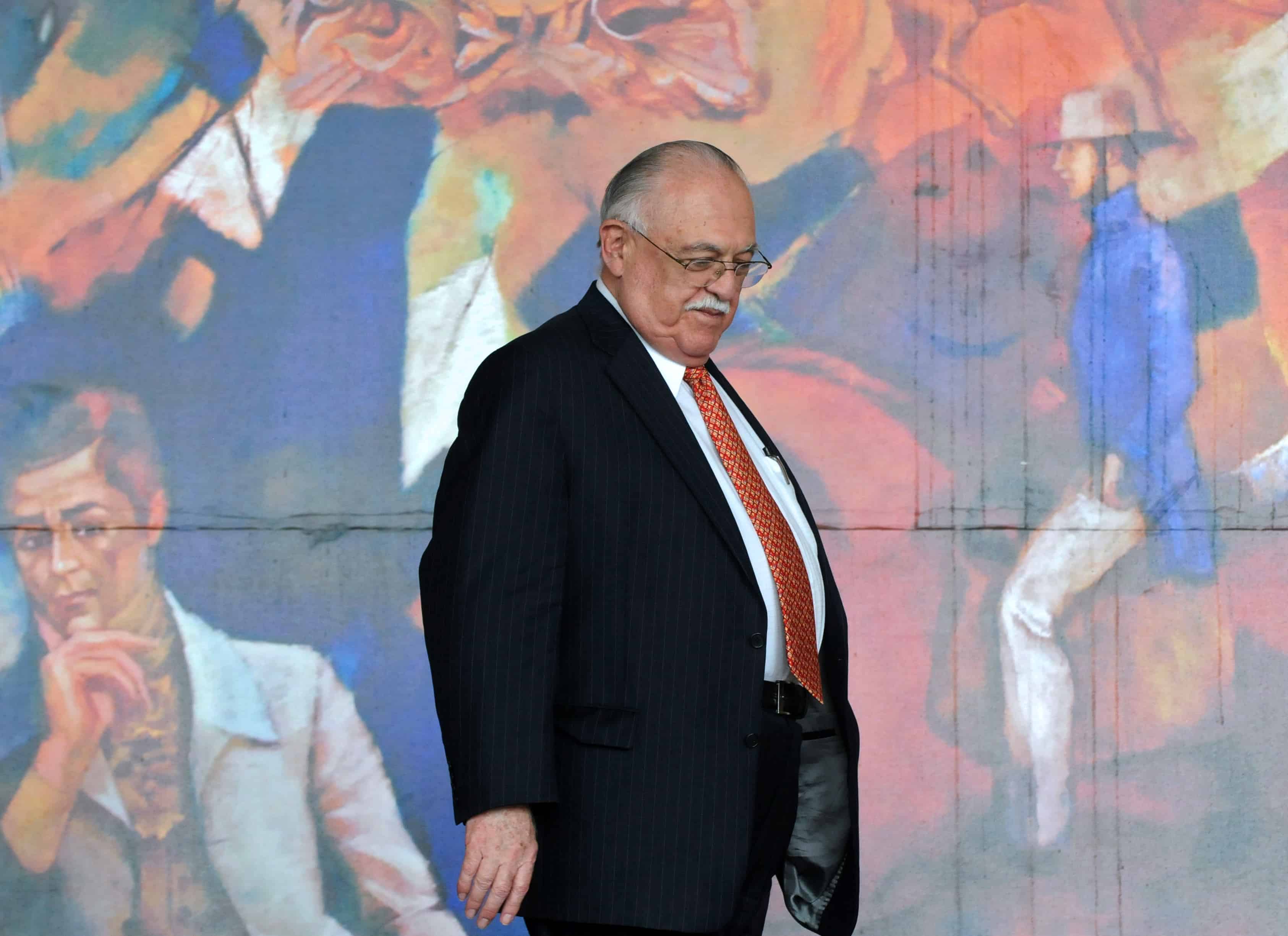 Jaime Rosenthal Oliva, former leader of the Liberal Party, leaves the presidential palace in Tegucigalpa, on July 9, 2011. Rosenthal was indicted in the U.S. on charges of money laundering in September 2015. (Orlando Sierra/AFP)

Rosenthal, 79, a former vice president with ties to the United States, was indicted last week along with his son Yani, 50, and nephew Yankel, 46, on charges they laundered money for drug traffickers. The Treasury Department placed sanctions on the family’s holdings, and Yankel Rosenthal, a former minister of investment and president of the Club Deportivo Marathon soccer team, was arrested in Miami.

“We are sure that we will prevail in the trial because the accusations are false,” Jaime Rosenthal said via email. “We will fight very hard. And we hope the truth prevails with the help of God.”

The accusations stunned the elite in Honduras, one of the poorest and most violent nations in Latin America, and represented a sharp turn for the Rosenthals, one of Honduras’ wealthiest clans. It’s a new theme in the region, said Adam Isacson, senior associate for regional security policy at the Washington Office on Latin America.

“There is more attention being placed on powerful peoples’ links to the criminal underworld,” he said. “The pressure being put on Honduras now is to separate ties between the state and narco-trafficking and the government and organized crime. The Rosenthals aren’t in the government but they are quite close to power.”

Yani Rosenthal said that while the family’s Panama-based holding company, Inversiones Continental, has few assets in the United States, the ban the Treasury Department put on U.S. citizens doing business with it or its affiliated enterprises could “cause problems.”

The Rosenthals have an extensive empire and a fortune of $690 million, according to Bloomberg estimates. Among the major holdings: Banco Continental, which has about $500 million in assets; a stake in the cement company Inversiones Bicon; and the telecommunications company Cable Color SA de CV.

Read the indictment against Jaime, Yani and Yankel Rosenthal:

In an interview in February, patriarch Jaime Rosenthal said he enjoyed living and working in his native country, where he could keep his children and grandchildren close on one of his 23 properties, where the family has a support staff of about 100, including nurses, helpers, drivers and bodyguards.

“I don’t count my wealth only in money, but in values that contribute,” he said from his office in a strip mall in San Pedro Sula. “To have a net worth of two or three billion dollars doesn’t matter to me. What’s important is having competitive and productive companies that can grow.”

A 1958 graduate of the Massachusetts Institute of Technology, whose alumni website puts the number of his businesses in Honduras at 20, Rosenthal called Warren Buffett his “idol” and said he tries to follow the investor’s strategy.

“We try not to do anything illegal and not have any enemies that cause us problems,” Rosenthal said. “We don’t have capacity to build planes or vehicles or design cellular phones. We have most of our investments in other activities, like 11,000 head of cattle and 10,000 crocodiles.”

A long-time Liberal party member, Rosenthal was one of the few wealthy Hondurans who spoke out against the 2009 overthrow of President Manuel Zelaya. Rosenthal was vice president from 1986 to 1989, and recalled playing ping-pong at the presidential palace with John Negroponte, then the American ambassador, and said that Negroponte was “not bad.” Rosenthal said Negroponte traveled with him and other Honduran officials to Washington, where he met President Ronald Reagan in the White House.

During the interview, he talked about his country’s drug trafficking problem and suggested a solution he said he recommended to a U.S. ambassador: the country should shift the billions it spends on border protection to boosting economic developing in the countries that migrants are fleeing. The money could turn remote areas in northern Honduras into cattle ranches or cocoa farms that could create jobs.

“There’s nothing in these areas,” he said, “and they are turned into landing strips for narcos and delinquents.”

The charges against his family come as a tide of corruption investigations sweep across the region from Brazil to Guatemala, where President Otto Pérez Molina was forced to resign over corruption allegations last month; he followed his vice president and central bank chief to jail, where they await trial.

The family said in a statement that it will honor commitments and obligations and is willing to sell assets to help avoid losses for investors.

“We haven’t committed any illegal acts,” Yani Rosenthal, who made a failed run for president in 2012, said in an email. “We are certain that all our activities are within the law and that we can show that in a fair trial.”