Costa Rica and Panama meet in friendly defined by pandemic 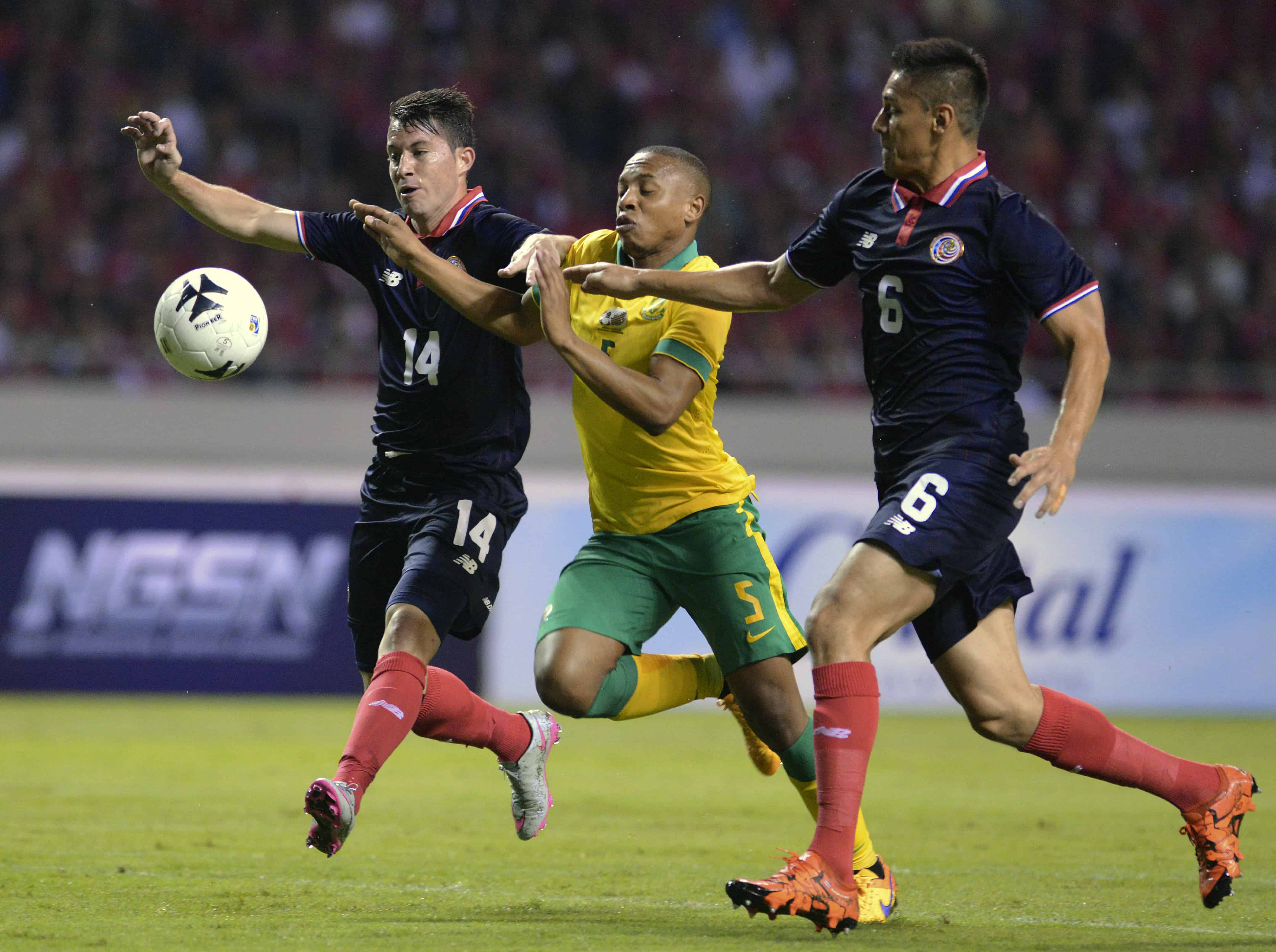 When South Africa’s Andile Jali flicked the ball over the head of Costa Rica’s superstar goalie Keylor Navas, the shine from “La Sele’s” promising performances last month faded just as quickly as it took for the ball to roll to the back of the net.

It took a mere eight minutes of the Costa Rican national team’s friendly with South Africa Thursday night to show Óscar Ramírez’s club still has much to improve before it begins World Cup qualifying play next month.

On a day when football powers around the globe were upset by inferior teams – like world champ Germany losing to Ireland and 2014 World Cup runner-up Argentina falling to Ecuador – Costa Rica followed suit with the surprising 1-0 loss to FIFA’s 73rd ranked team. It was a frustrating night for La Sele, which was without any sustained rhythm on offense and looked vulnerable again on defense.

“We played better in the second half but we gifted them a goal in the first half and it hurt us,” Navas told Channel 7 after the game. “If we give the opponent even just a little bit, they’re going to take advantage of it and it cost us the game.”

When the Ticos held Brazil to just one goal and beat Uruguay 1-0 last month, there was clear reason to believe Ramírez had already turned around the long-maligned defense. But the setback against an undermanned South Africa team looks worse than any loss former head coach Paolo Wanchope suffered in his short career.

“It’s obviously a huge negative for us,” midfielder Celso Borges told television reporters after the game. “To lose at home doesn’t inspire much faith.”

The major question going forward now becomes: If Ramírez’s redesigned defense can’t put immediate stops to South Africa’s attack, how can it expect to shut down the mid-level teams in CONCACAF?

For reference, Costa Rica’s next two opponents, Haiti and Panama, rank right around South Africa, at the 77th and 65th spots respectively. Although its an admittedly skewed way to compare teams given the notorious inaccuracy of FIFA’s rankings, both CONCACAF teams hover around the same talent level as the South Africans.

“The idea is to visualize what the team’s going to look like during qualifying play,” Ramírez said before Thursday’s friendly. “We want to see continuity in these two games and hope it continues into November.”

Though they looked disorganized at home on Thursday, Costa Rica will have five days before its next friendly against the United States.

Navas, who was given the captain’s sleeve in place of the injured Bryan Ruíz, stopped South Africa from getting a two-goal lead in the 56th minute with a block that Real Madrid fans have become accustomed to. Jali, who beautifully split Bryan Oviedo and Oscar Duarte on a give-and-go goal, is only the third person to score past Navas all season.

Costa Rica’s best chance at a goal came in the third minute when Joel Campbell had a clear shot land right in the stomach of the South African keeper, who had to chase Campbell far out of the box to make the stop.

Probably the most notable action on Costa Rica’s side happened when two young fans ran onto the field to get autographs from Navas, who’s turned into a national hero with his recent success at Real Madrid. No stadium security was in sight as Navas casually signed the fans’ shirts and then politely waved them off.

Costa Rica will next play the United States on Tuesday at the Red Bull Arena in New Jersey. The friendly will kick off at 4:30 p.m. Costa Rica time.