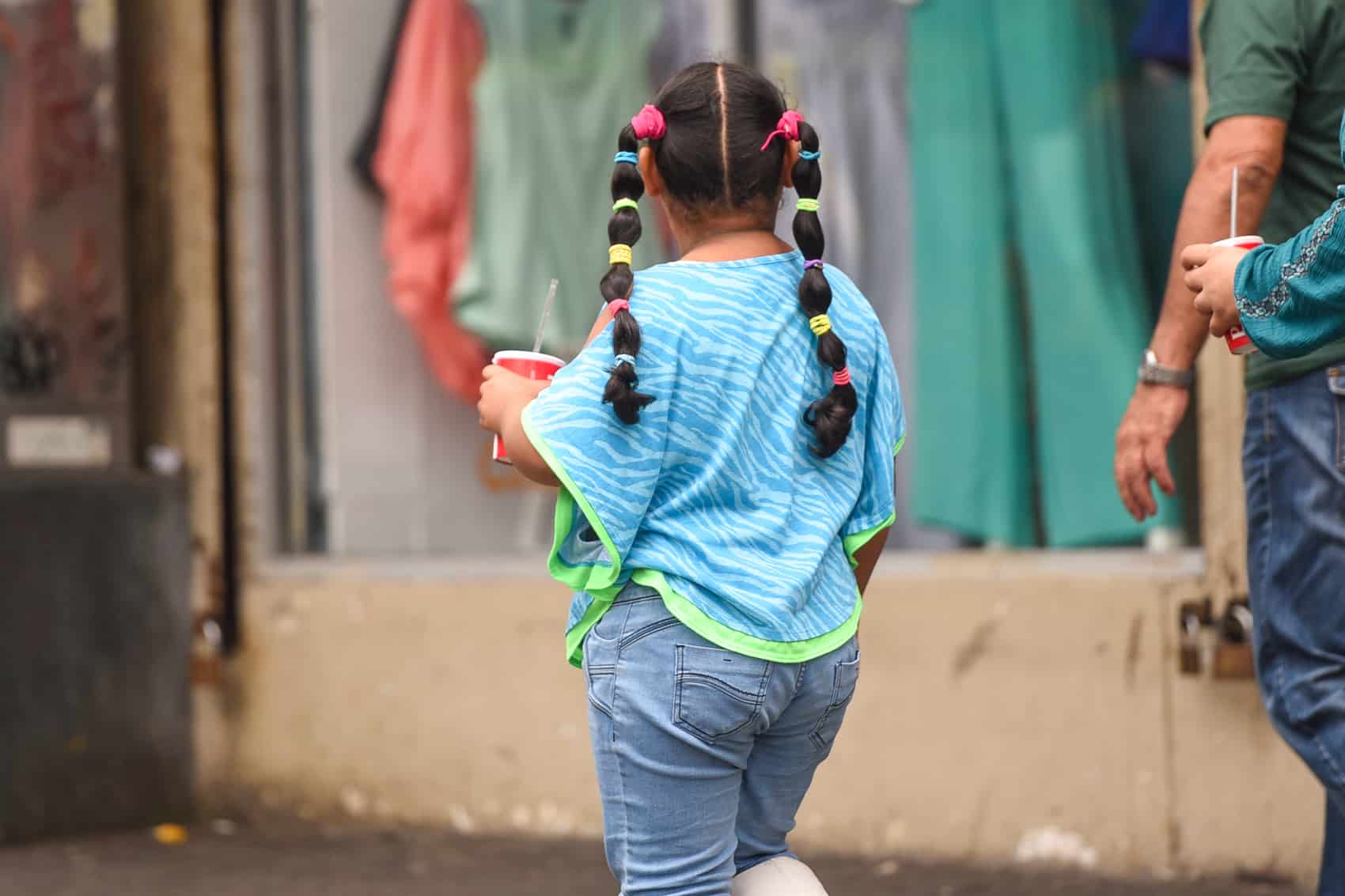 Research from Costa Rica's Health Ministry found that some 21 percent of Costa Rican children between age 5 and 12 were overweight or obese in 2014. (Alberto Font/The Tico Times)

In a report released earlier this month, the Pan American Health Organization (PAHO) said industrially processed foods and drinks and fast food are displacing more traditional, nutritious diets across the Americas and driving the obesity epidemic in Latin America.

The study evaluated per capita sales of processed foods, sodas, sweet and salty snacks, breakfast cereals, candy, ice cream, energy drinks, processed fruit and vegetable juices, and spreads and sauces, among others. In Latin America sales of these products from 2000 to 2013 increased by 26.7 percent on average, the investigation found.

PAHO compared figures from 80 countries around the world and found that Costa Rica ranks 30th in terms of consumption of ultra-processed food and drink. The U.S., Canada, Germany, Mexico and Belgium topped the list, in that order.

Enrique Jacoby, PAHO’s Advisor on Nutrition and Physical Activity, said during the presentation of the report in Washington that ultra-processed ​​food and fast food are increasingly a big part of what Latin Americans eat and drink on a regular basis.

“These products are not designed to meet people’s nutritional needs,” Jacoby said. “They are engineered to have long shelf lives and to create cravings that can completely overpower people’s innate appetite-control mechanisms and their rational desire to stop eating.”

The study also showed that countries with high rates of junk food consumption tend to have heavier citizens, while countries that stick more to traditional diets, like Bolivia and Peru, have overall thinner populations.

Kid’s meals in Costa Rica among the world’s saltiest

In a separate report, the U.K.-based group World Action on Salt and Health (WASH) found that children eating fast food in Costa Rica are likely consuming an alarming amount of sodium.

The group examined the stated nutritional content of over 300 kid’s meals at McDonald’s, Burger King, Subway and KFC in 37 countries and found that a Popcorn Nuggets Kid’s Meal with fries from KFC in Costa Rica had the highest salt content of all — 5.3 grams. The meal’s sodium content was 2.1 grams (table salt is made up of about 40 percent sodium).

The U.S. Centers for Disease Control recommends that people over 2 years old consume no more than 2.3 grams of sodium per day, meaning that Costa Rican children get nearly a whole day’s worth of salt out of one KFC kid’s meal.

Perhaps even more striking, the study found that the same kid’s meal in the U.K. had six times less sodium.

Local research has also found that Ticos consume an excess of salt and sodium. In May, the Costa Rican Nutrition and Health Research Institute (INCIENSA) released results of an investigation which found that Costa Ricans consume, on average, 3.9 grams of sodium each day. INCIENSA nutritionists say the daily limit should be 2 grams.

Research from the University of Costa Rica’s School of Nutrition sheds light on some likely reasons for the increasingly unhealthy local diet, especially among children. UCR’s Professor Raquel Arreola told The Tico Times that investigations in recent years show how cookies, candies and other processed snacks are more frequently found in school lunches than home-made sandwiches or fruit. UCR studies also show that most parents here prefer to send sodas or processed juices with their kids’ lunches, instead of fresh fruit drinks.

“It is also very common for us to hear children say fast food is their favorite type of food and that they eat it frequently,” Arreola said.

Carolina Beeche, spokeswoman for KFC Costa Rica, said the company has a strong focus on improving nutrition globally. She said that, in addition to reducing sodium in all KFC recipes, the company has also increased public access to information about ingredients and is constantly looking to provide customers with healthy options.

“We were the first fast food chain, years ago, to eliminate trans fats in all our cooking processes, we have always used hormone-free fresh chicken and we don’t use any frozen or processed products,” Beeche said.

Paola Tinoco, from the sandwich chain Quiznos, said all the meat the company uses is low fat and the servings are cut every day. “We do not add salt to our french fries or to any side dishes, we do not use trans fat and we offer sugar-free drinks,” she said.

Country representative of Teriyaki and Smashburger restaurants Luis Diego Peralta said both chains here offer balanced meals that include fresh vegetables and high quality protein options. “At Teriyaki our rice is steamed and it does not include any fat or salt. Our dishes can be prepared in boiling water, teppanyaki style, right in front of our customers and we offer a choice of low-sodium soy sauce and sugar-free soft drinks,” he said.

As for Smashburger, Peralta said the chain only use high-quality Angus meat and that its preparations do not include trans fats.

Martha Arango, communications manager at Arcos Dorados, the owners of McDonald’s franchises in Costa Rica and Panama, said the company started making major adjustments in its menu years ago. Among them she cited the reduction of sodium — up to 10 percent — found in breads, cheese and sauces.

“Our burger meat is 100 percent beef with no additives or preservatives, prepared on a grill without any oil, and our sandwiches and chicken salads are prepared only with chicken breasts,” she said.

Additionally Arango said McDonald’s restaurants here offer salads, low-fat yogurt and a chicken breast McWrap. “We use only trans fat-free oil and we’ve reduced by 40 percent all sugar in our juices,” she said.

Health Ministry research in 2014 found that some 21 percent of Costa Rican children between 5 and 12 are overweight or obese.

Public agencies’ efforts to attack bad eating habits in children mainly come from measures outlined by the Health Ministry, INCIENSA and PAHO in the “National plan to reduce consumption of salt/sodium in the population 2011-2021.”

Ministry inspectors in August began checking for compliance with these standards at public schools across the country with the aim of preparing an evaluation on the success of the national plan.

“All those cafeterias who fail the inspection will be closed, their products will be confiscated and businesses could lose their permits,” Andrea Garita from the Ministry’s Department of Planning and Evaluation said when the inspections began.

As part of the plan, Health Ministry and INCIENSA experts started meeting this year with representatives of the food industry and asking them to reduce salt/sodium content in products manufactured here, mainly sauces, processed meats, condiments, breads, pastries and cookies.

In spite of these measures, processed foods are indeed replacing the consumption of fresh and traditional foods in Tico diets, UCR Professor Arreola noted.

She said Costa Ricans are also increasingly consuming manufactured products advertised as nutritional instead of traditional local foods that provide the same or even higher nutritional values and at a lower cost.

Arreola said the increasing preference for fast food and processed food can be attributed to several reasons, ranging from successful marketing campaigns to Ticos’ fast-paced lifestyle.

“This way of living is driving people to eat only to fulfill a physiological need and therefore downplaying the importance of the nutritional quality of the food they eat,” she said.