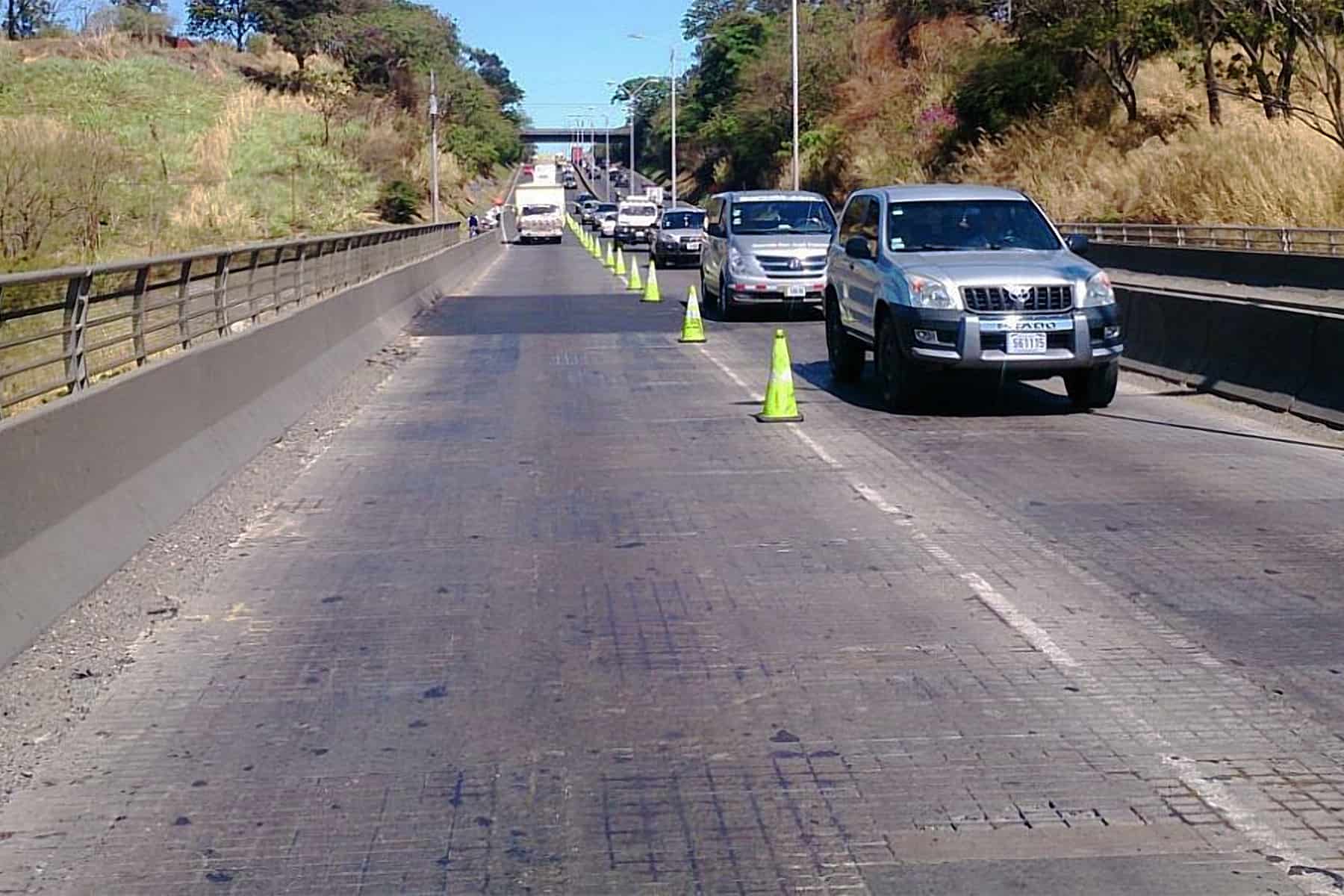 Following repair work, CONAVI hopes to begin construction on expanding the bridge from two to four lanes in May. ((Courtesy of MOPT))

Vehicle passage on the bridge over the Virilla River on General Cañas Highway, the main road connecting the capital San José and Alajuela, will be closed from 9 p.m. Wednesday to 5:00 a.m. Thursday, the National Roadway Council (CONAVI) reported.

Repairs were scheduled to begin on Tuesday night, but CONAVI moved the date back one day in order to complete all technical studies and to inspect materials to be used in the project, according to the Public Works and Transport Ministry.

Problems on the infamous bridge — known by Ticos as “La Platina” — started in 2008. CONAVI has since invested some $13 million in several repair works ordered by officials from three separate administrations, starting with that of Óscar Arias Sánchez (2006-2010).

Beyond the repair work, CONAVI also outlined a plan to expand the bridge from two to four lanes and add a prefabricated concrete slab to replace the metal grid on the bridge’s floor. That metal grid, which caused several problems over the years, is what earned the 160-meter bridge its nickname.

CONAVI’s Executive Director Mauricio Salom Echeverría said Tuesday that the plans for the expansion project will be ready later this week and work will begin in May. The project was awarded in a public bid to private construction company Codocsa.

Costa Rica currently maintains a legal claim against Portuguese construction company Soares da Costa, responsible for one of the repair works on the bridge in 2010.

Work at the time consisted of replacing the concrete layer to reduce vibration at a cost of $3.8 million. However, the layer cracked and came loose just a few days later.

Last October CONAVI officials announced that they would reinforce the bridge’s structure, but work was postponed pending the expansion project plans. MOPT officials recommend motorists travelling between San José and Alajuela to use alternate routes through Santa Ana and Heredia. (MAP by MOPT)