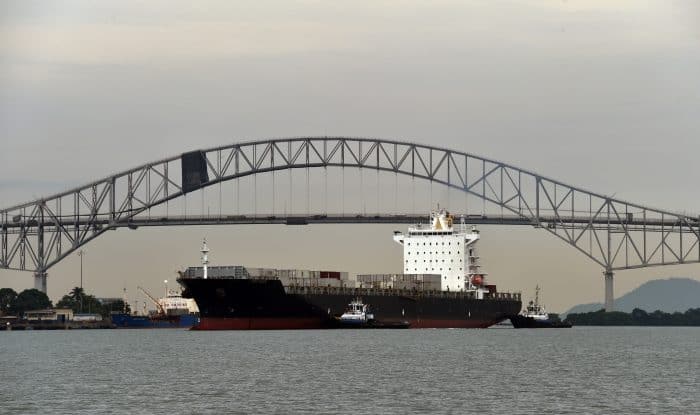 The Panama Canal in facts and figures 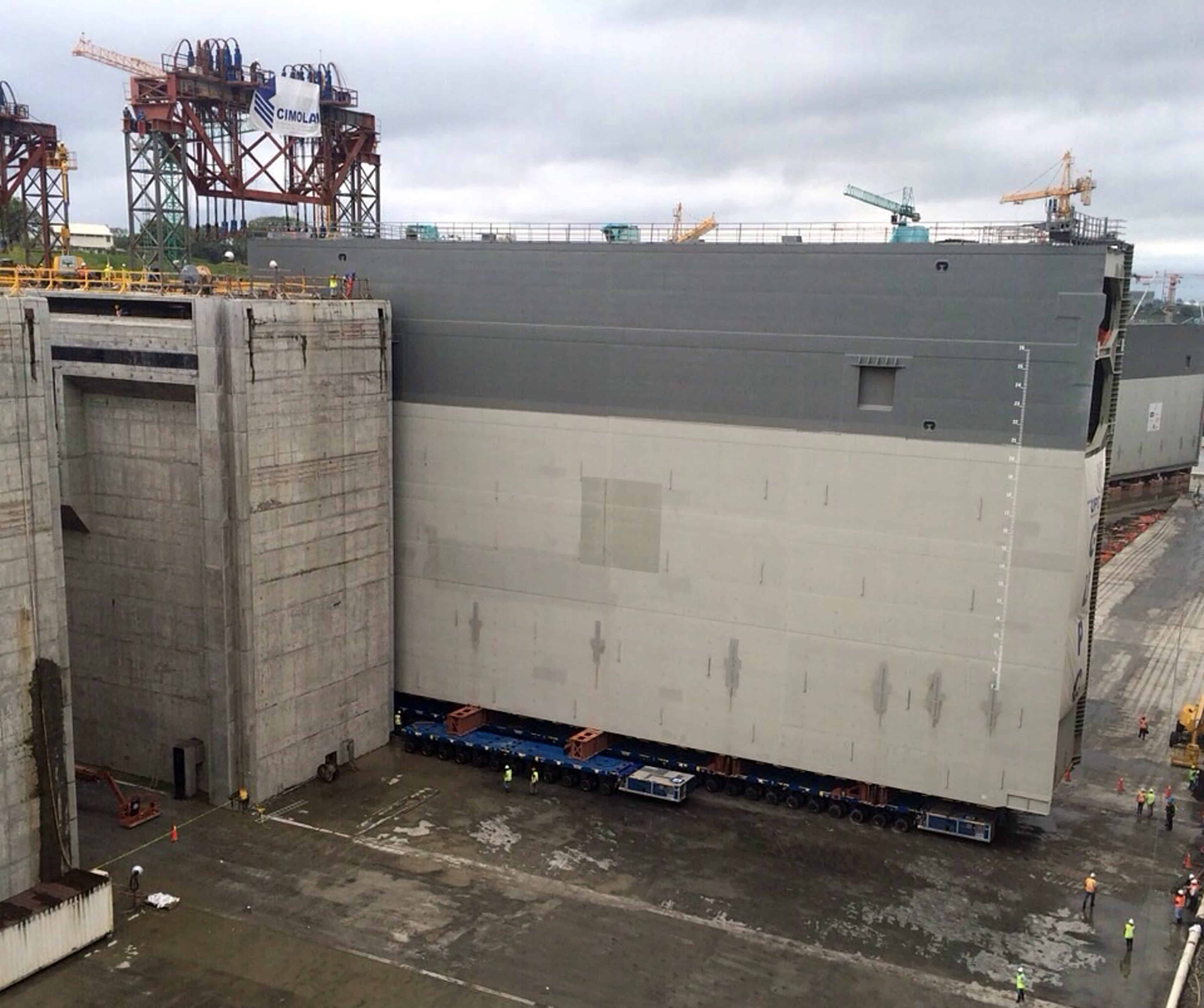 This handout photo released by the Grupo Unidos por el Canal shows the first gate installed in the Atlantic Locks in Colón, 80 km from Panama City, on Dec. 15, 2014. The news locks are part of a group of 16 gates to be used for the Panama Canal expasion. (AFP/GUPC)

Canal administrator Jorge Quijano told reporters that the Panama Canal Authority had received two claims on Tuesday that “will be evaluated” to determine if there is probable cause.

But he warned that “at first glance, the issues will be very difficult for the counterparty to justify.”

And in the latest setback for the behind-schedule, over-budget upgrade, a union representative said excavation work was on hold after negotiations broke down between the consortium and workers who have been on strike since Tuesday.

About 1,000 workers are on strike, demanding better safety and treatment. Talks between the two sides are due to resume Monday.

One of the consortium’s latest claims, for $333 million, is related to the weight of the gate for the third set of locks it is building for the canal — at 55,000 tons, compared to the 35,000 tons initially planned.

But Quijano pointed to a clause in the contract according to which the canal authority would pay up to the value of a gate weighing 49,000 tons.

The second claim, for $404 million, is due to delays in the fourth phase of excavation in the Pacific sector.

The consortium, Grupos Unidos por el Canal, says that the delay in excavation work may mean it will not receive water needed to test the gates.

Quijano, however, said he has a “Plan B” to provide the necessary water for testing.

The canal authority will pay another $120 million in adjustments to the contract and other small claims, Quijano said.

Work began in 2007 to expand the canal with a third set of locks to enable it to handle the modern mega-freighters that global shipping companies prefer.

But the $5.25 billion project has been plagued by delays, strikes and a bitter dispute over $1.6 billion in cost overruns with the consortium carrying out the upgrade, led by Spanish construction firm Sacyr.

Initially scheduled for completion in 2014, the project’s due date has been pushed back to early 2016.

Nearby Nicaragua, meanwhile, launched construction this week on a rival canal, a $50 billion project that the Chinese firm behind it plans to complete in five years.

Quijano estimated that the Nicaragua Canal construction would reduce by up to 30 percent the transit of ships through the Panama Canal, because it is closer to the lucrative market in the United States.