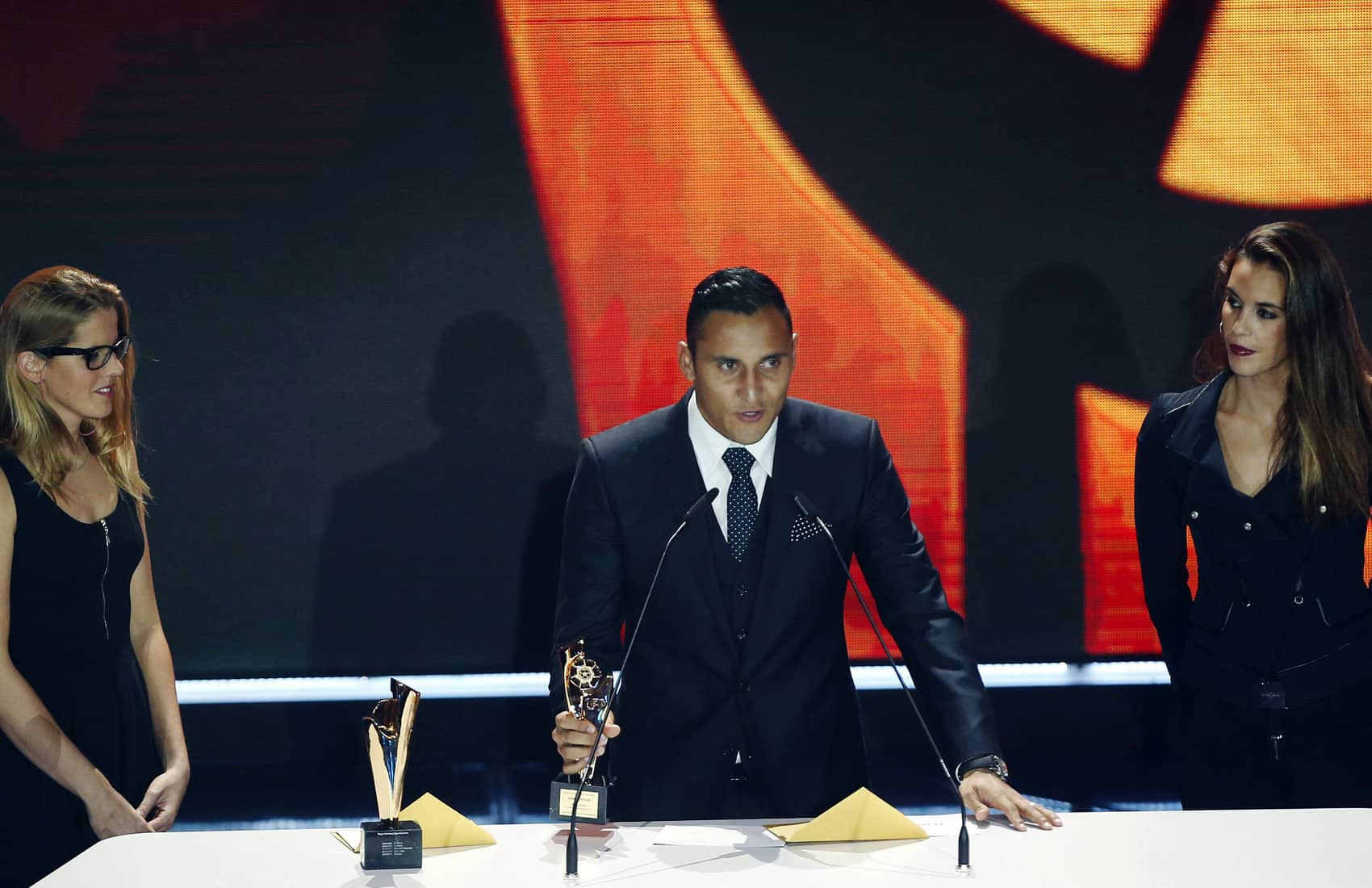 The 27-year-old keeper for Real Madrid won the award for his brilliant saves and consistent performances with his previous team Levante UD, where he had 37 appearances and held 16 non-goal matches throughout the tournament. He also recorded the tournament’s best statistics: 160 saves in 38 matches and only 39 goals allowed, which earned him an effectiveness rate of 80.1 percent.

Navas’ brilliant season with Levante and his outstanding performance with Costa Rica’s national team at the Brazil World Cup this year earned the Tico star his dream move to Real Madrid this season.

“I want to thank God. It is a privilege to be here. I want to thank my former teammates from Levante for this award. I thank them for being there for me in difficult times and for joining me in celebration of the good times. I also want to thank my family, the ones who are there by me every day. I hope I can be here again next year,” an emotional Navas said upon accepting the award.

His arrival to Real Madrid, however, has been anything but easy. Navas has played in only one official game, in which Real beat Elche 5-1 last September.

“No player likes to be on the bench. I practice hard every day and try to be prepared for the moment I get the chance to play,” he recently told members of the news media who interviewed him following a disastrous game by Real Madrid and Spanish national squad keeper Iker Casillas, who has been booed by his own fans at several games, including some in Brazil.

Navas’ next chance for action could happen as early as this week, as coach Carlo Ancelotti said last week that the Tico keeper likely would make the starting lineup for Real Madrid on Wednesday in a match for the Copa del Rey (King’s Cup) against Cornellá. The tournament is one of four for Real Madrid this year.