Keylor Navas among PSG players reported to have coronavirus

PSG’s Navas out of Champions League semi-final against Leipzig

¡Grande Navas! Watch the save that sent Costa Rica to the World Cup quarterfinals for the first time

Keylor Navas sacrificed his body over and over again to keep the Ticos in the match. His steady resilience permitted La Sele to reach penalty kicks when the rest of the team looked exhausted and completely out of sorts. During penalty kicks, the 27-year-old goalkeeper made the greatest save of his life — giving Costa Rica a chance to go to the World Cup quarterfinals for the first time ever.

With Costa Rica leading 4-3 on penalties, Navas deflected away a shot by Theofanis Gekas. Then, Michael Umaña — with the weight of the country on his shoulders — smoothly knocked in the goal that eliminated Greece.

The Ticos surpass the feat of the 1990 Costa Rica squad that reached the quarterfinals of the World Cup in Italy. This La Sele team is officially the best team in the country’s history.

Costa Rica will attempt to continue its magical run in Brazil on July 5 against the Netherlands in Salvador. 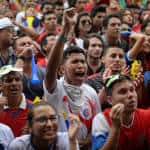 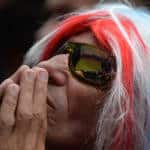 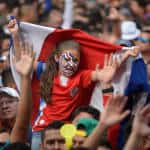 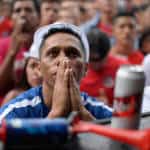 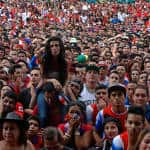