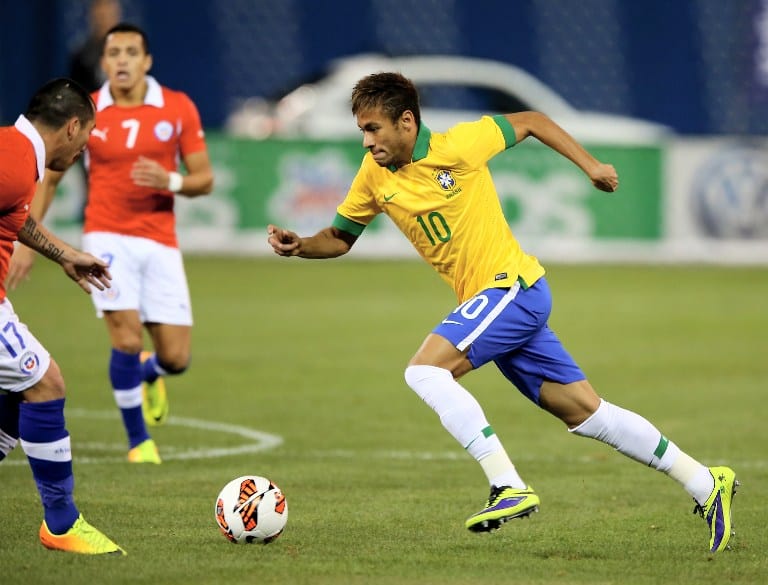 Neymar and Brazil are the favorites to win the World Cup when the country hosts the tournament that runs from June 12 to July 13. (AFP)

Costa Rica leapt six spots to 28th in the final FIFA rankings before the World Cup, released Thursday. The Ticos will be the only team in mighty Group D not ranked among the top 10 in the world. Costa Rica begins its World Cup campaign against 7th-ranked Uruguay on June 14, followed by 9th-ranked Italy on June 20 and finally 10th-ranked England on June 24.

Costa Rica assuredly did not look capable of competing with three of the world’s best teams after falling to 46th-ranked Japan, 3-1, in friendly Monday. (FIFA is often maligned for its helter-skelter ranking system). La Sele arrived in Philadelphia today in search of redemption as the team prepares for its final World Cup warm-up against Ireland on Friday night.

Defending World Cup champs Spain remain the top team according to FIFA. World Cup hosts and favorities Brazil moved up a spot to third. The Brazilians kick off the tournament against 18th-ranked Croatia on June 12.