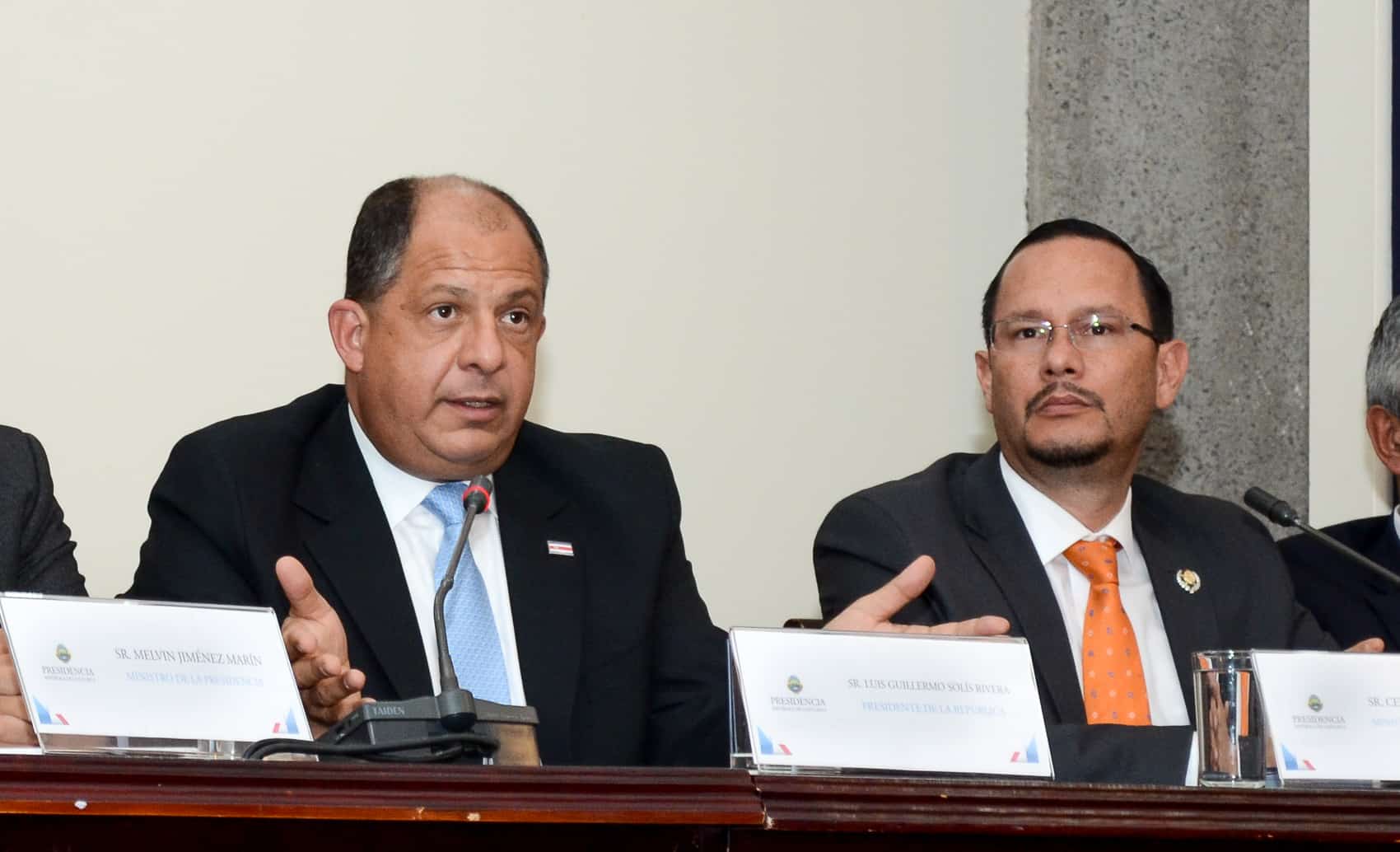 Costa Rica may have disbanded its army, but it does have an intelligence agency — at least, for now.

Libertarian Movement Party lawmaker and former presidential hopeful Otto Guevara has presented a bill to abolish the Department of Intelligence and Security, or DIS, and reallocate its budget to the Public Security Ministry, the daily La Nación reported on Tuesday.

Lawmaker Ottón Solís, founder of the Citizen Action Party (PAC) to which President Luis Guillermo Solís belongs, also came down in support of the bill. Ottón Solís has long been a critic of the agency that he and other PAC members have claimed spied on them because of their political beliefs.

President Solís, however, claimed the maligned agency plays a critical role in Costa Rica’s security and warned against disbanding it without an alternative in place.

The DIS answers directly to the Presidency Ministry and has long been criticized for allegedly operating above the law. The department, whose predecessor agencies date back to the Cold War, has been criticized in the past as being a proxy for the U.S. Central Intelligence Agency tasked with collecting information on communists and members of political opposition.

Sitting next to Public Security Minister Celso Gamboa, who led the DIS under ex-President Laura Chinchilla (2010-2014), President Solís on Tuesday reiterated his support for the intelligence organization, but stressed that it would undergo reforms.

“Every country in the world needs an agency of this sort,” Paul Chaves, a security analyst specializing in intelligence, told The Tico Times. “But you have to have an agency that’s accountable to democracy [and] with controls,” including legislative oversight and regulation, he said.

“If [lawmakers] are going to get rid of the DIS, what are they going to replace it with? The function of security entities in the modern world is necessary and legitimate. I’m not going to convert Costa Rica into a dark hole that has no contact with other intelligence agencies around the world,” President Solís said.

The president also came under criticism for naming his friend, Mariano Figueres, son of National Liberation Party (PLN) founder José María Figueres Ferrer, to head the spy agency. Figueres’ nomination has been a lightening rod of criticism targeting President Solís, complicating the leader’s goal of reforming the agency without disbanding it altogether.

Figueres’ critics decried his fiery opposition to the U.S.-Central America Free Trade Agreement and his endorsements of the Castro regime in Cuba, as well as his sometimes volatile personality. Like President Solís, Figueres left the PLN and now belongs to the Patriotic Alliance Party, where he serves on its political committee, according to the party’s website.

The president defended his decision, saying that Figueres is capable and prepared to usher the agency through reforms. Specific details on those reforms have yet to be announced.

The DIS’ intelligence-gathering operations have been used in a wide array of law enforcement. Gamboa has previously mentioned its contributions to combat drug trafficking, and former Foreign Minister Enrique Castillo credited the agency with providing intel about Nicaraguan naval vessels in the disputed Isla Calero wetlands region, along Costa Rica’s northern border. The department also is charged with protecting the president, along with the Public Security Ministry.