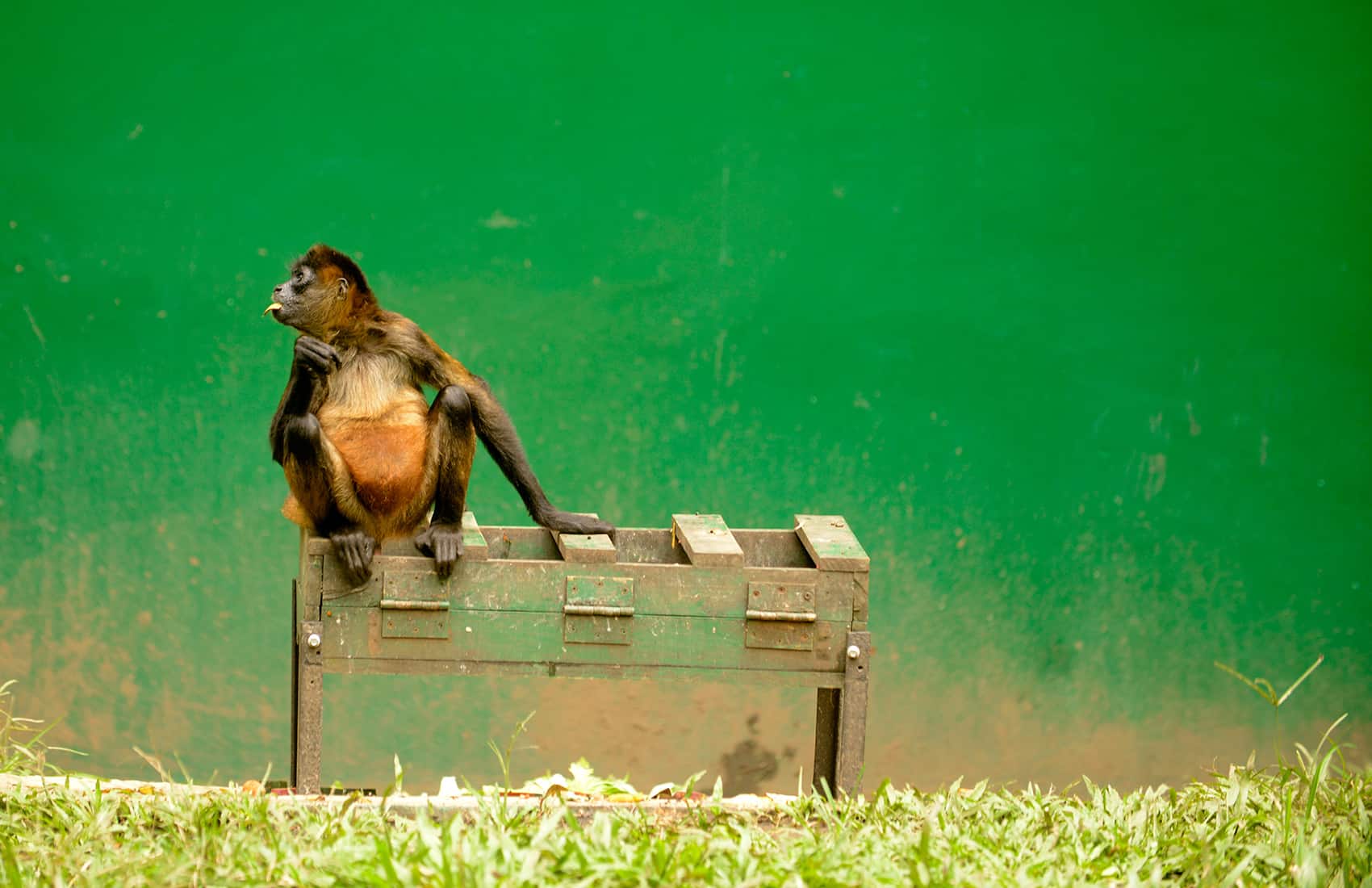 A spider monkey in its cage at the Simón Bolívar Zoo in San José's Barrio Amón. (Lindsay Fendt/The Tico Times)

Public zoos will remain open in Costa Rica for at least 10 more years following a court ruling last Friday. An administrative court ruled in favor of nonprofit group FUNDAZOO, which administers San José’s Simón Bolívar Zoo and the Santa Ana Conservation Center, citing a contractual technicality that will allow the group to continue operating the zoos until 2024. The Environment Ministry, or MINAE, had said it would close both zoos in May.

Following years of complaints about the two public zoos’ conditions, MINAE announced last July that it planned to convert them into cageless bio-parks, and either release or place in rescue centers some 400 animals.

Following that announcement last year, FUNDAZOO filed a lawsuit citing a clause that would automatically renew its contract to operate the zoos every 10 years. In order to halt the contract’s renewal, MINAE would have to notify FUNDAZOO more than a year before the contract ended.

According to the suit, MINAE was obligated to notify FUNDAZOO that it would not renew its contract before March 7, 2013.  While MINAE filed the resolution on March 6, FUNDAZOO was notified, via email, the following day. The court ruled that this late notification constituted a breach of contract, and ordered MINAE to renew FUNDAZOO’s contract and pay damages and legal fees.

This is the second time MINAE has tried to terminate FUNDAZOO’s contract but failed to give proper notice. The last attempt was in 2003, when FUNDAZOO was granted the current contract after a two-year battle in three different courts. In that case, the courts reached the same ruling.

What will happen to the animals remains uncertain. Shortly following the announcement of FUNDAZOO’s lawsuit, Environment Minister René Castro told members of the press that the ministry’s decision to remove all animals from the zoos was non-negotiable.

“Even in the hypothetical case that FUNDAZOO wins in court and does not turn the zoo back over to the state, which is unlikely, the truth is that they will not be able to have animals in cages or replace any of their current animals that die or are returned to the wild with new ones,” Castro said last July.

The environment minister said he intended to phase out animal captivity in Costa Rica, including private zoos and animal exhibition centers. The Tico Times is awaiting a response from the Environment Ministry regarding their plans for the animals, but for now, zoo spokesman Eduardo Bolaños says the zoos will continue operating as normal.

“We have no idea if MINAE has the authority to take away the animals,” Bolaños said. “For now we will stay open as we always have, with the animals, like nothing has changed.”

The Tico Times will update this story with the Environment Ministry’s response to the court ruling as soon as it becomes available.