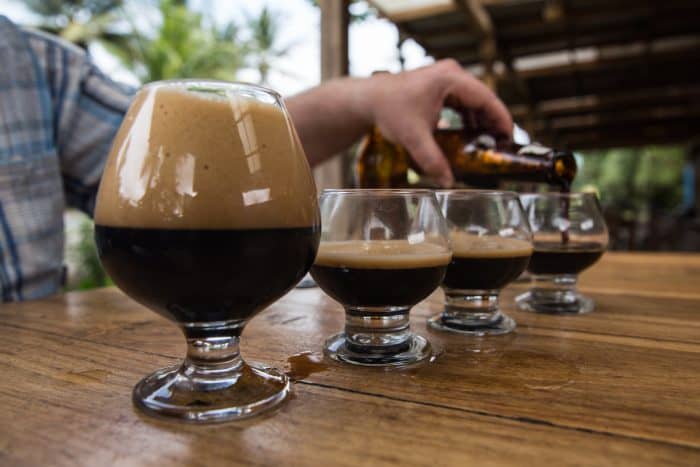 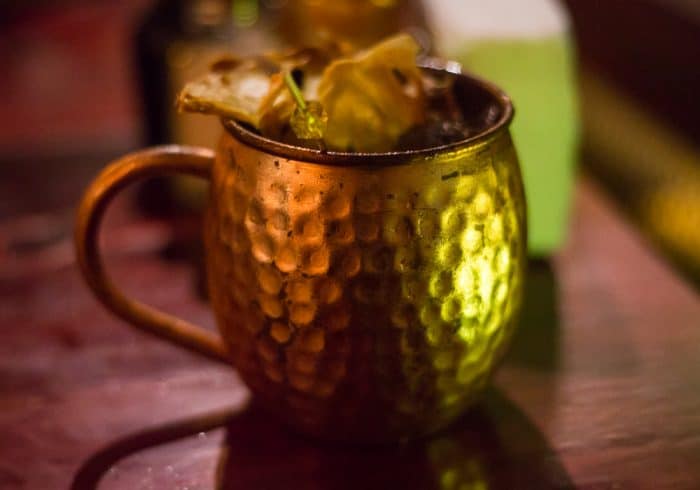 Can it still be agua de sapo if El Portón Rojo mixes it with rum? 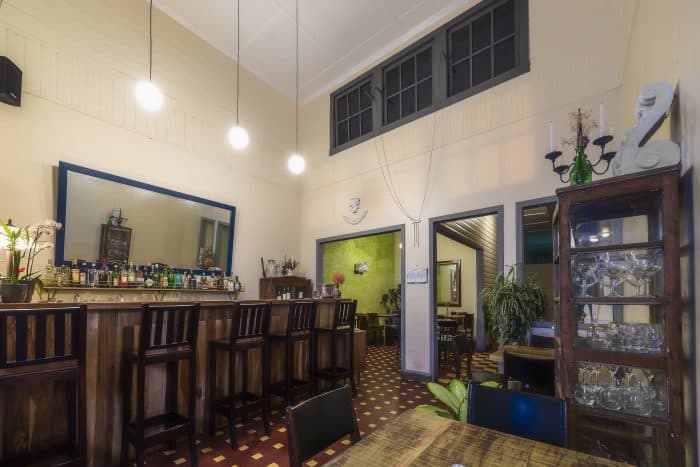 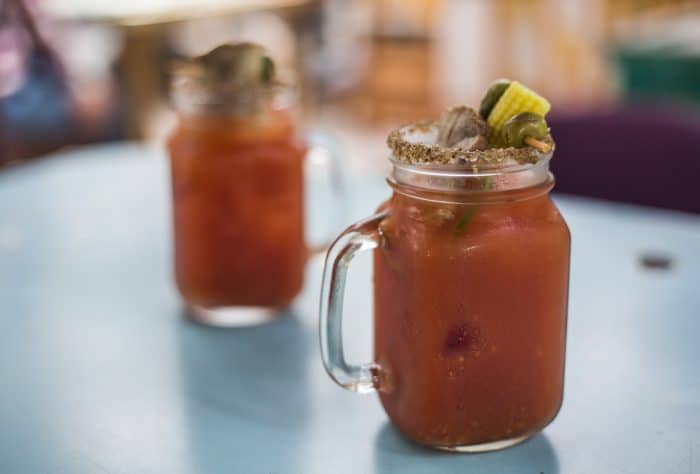 A hangover, brunch and a classic bloody mary at Maza

San José IPA: Is this the best beer in Costa Rica? 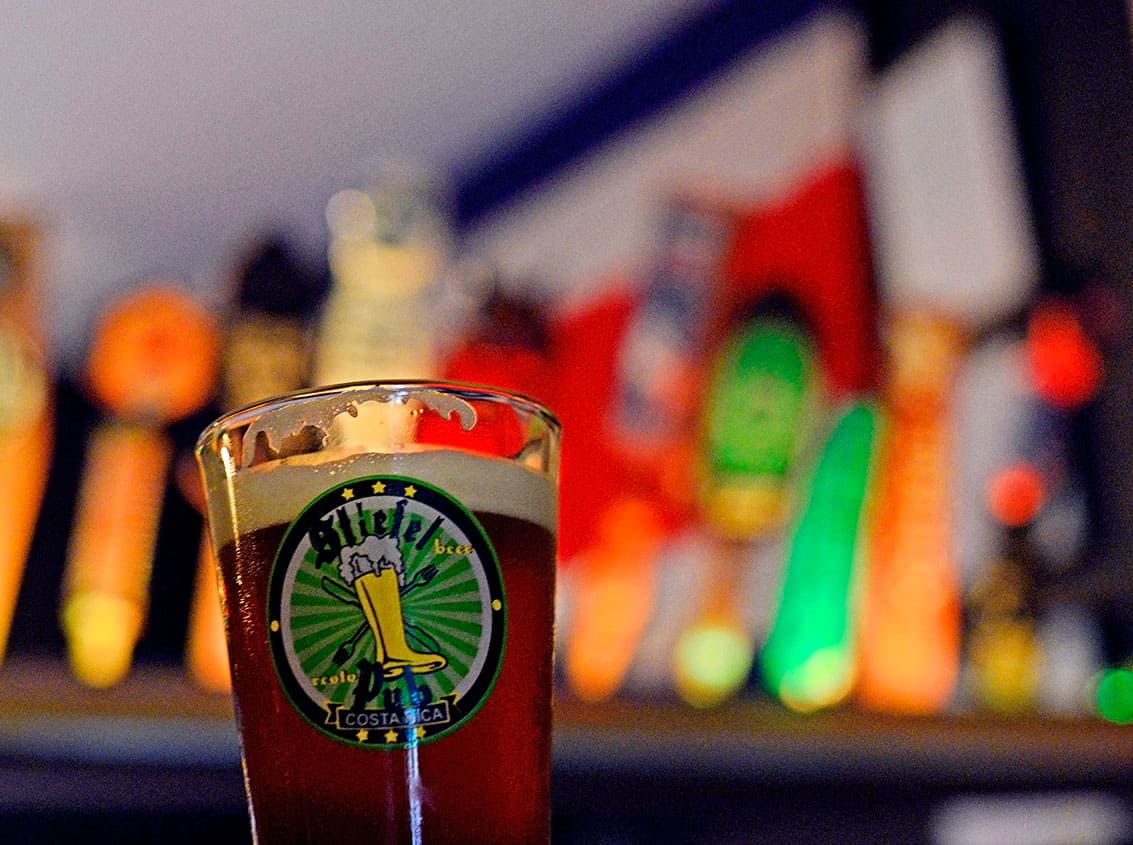 San José IPA can be found on tap at both of Marín's bars: Stiefel Pub and CASA in Barrio Escalante. (Lindsay Fendt/The Tico Times)

At first he won’t admit it. When Costa Rican craft beer brewer and micropub owner Adolfo Marín is asked about his favorite beer in the country, he’s hesitant to name his own creation as his favorite, like a modest father.

“I don’t know that I would say it’s my favorite because I’m always so critical of beer and I think that it’s always a good thing to improve,” he said.

“So then what is your favorite?” I asked.

“No idea,” he said, and then he broke into a laugh. “It probably is San José IPA, I guess.”

Though Marín’s reluctant admittance could be discarded as bias, his preference comes with some official backing now. When San José India Pale Ale won the silver medal for the American IPA category at the American Beer Cup in Chile this past August, it put the Costa Rican capital on the map as an up-and-coming spot for beer drinkers.

“The idea is that it functions on a tourism level,” Marín said from a side room of Stiefel that contains the pub’s beer vaults. “If you go to Spain and there’s a beer called Madrid IPA, it’s probably the best IPA in Spain. At the beginning it was kind of a risk to have San José as the name, but after winning the prizes we feel comfortable to have that label.”

For now, Marín sells the beer on tap at his two pubs, Stiefel in Barrio Amón and CASA in Barrio La California. That is, if it’s not already sold out.

Marín has only been brewing beer for five years, and made his first batch of San José IPA just two years ago, but already his hoppy creation is getting a ton of international, and local, recognition. The 30-year-old brewpub owner said more and more Costa Ricans are getting on board with hoppier beers like his decorated IPA.

“If you’re making something that you like, half of the battle has already been won,” he said. “And then if it tastes good, even better.”

In a capital city usually used by tourists as nothing more than a place to fly in and out of, Marín said his IPA can be seen as a representation of all the ways San José is growing. With an evolving scene of arts, dining and events that are catalyzed by a young generation of talented Costa Rican entrepreneurs, locals and tourists are also being given more options in their pint besides mass-produced beers like Imperial and Pilsen.

In the past three years, more organic and artisan options have popped up in historic downtown districts like Barrio Amón and Barrio Escalante, growing in a perfect parallel with the craft beer boom.

Marín said tastes in Costa Rica are shifting toward local microbrewers, thanks to a changing palate among local consumers, as well as influence from North American tourists, who are especially thirsty for pale ales.

“Most people like IPAs because I think it’s a little more refreshing, it smells good with the hops, and is kind of bitter,” he said. “I think San José IPA could be one of the most sold beers in the next 10 years.”

Among the ingredients for San José IPA are fresh hops shipped from Belgium and the U.S. and malt from Canada, which Marín said take a week and a half to be delivered to him in Costa Rica. Once poured into a pint, the beer has a strong smell that is prelude to a complex flavor that isn’t watered down or devoid of focus like many Costa Rican craft beers. It’s a simple and delicious take on U.S. IPAs that keeps the hops as the star of the show.

“I don’t know if other companies have this opportunity,” he said. “But I think the freshness of your product is so important. We get it, brew it, and then plug it into the tap so it’s as fresh as possible. That’s what we want.”

Marín said it’s important to keep the beer at a low price, around $5 per pint, so that it’s always accessible for his customers. Plus, that way more people can try it for the first time and the beer can create a following in the coming years, he said.

Marín admitted that his beer is far from perfect and still has room to grow along with its burgeoning clientele.

“It’s good to win an award, but it’s just a silver medal,” Marín said. “We want it to get a gold medal next year.”