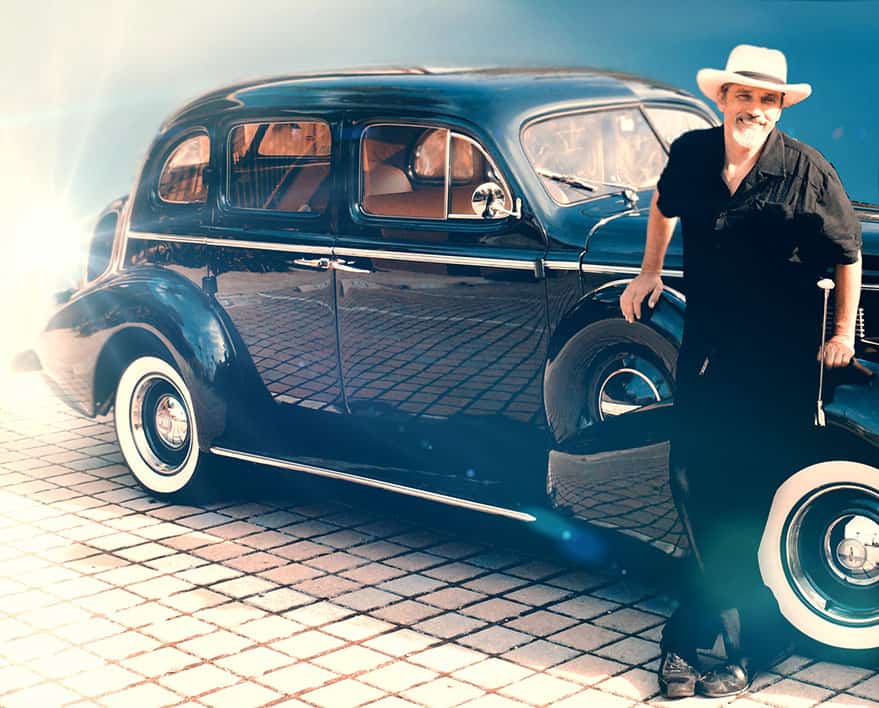 John Carey is a blues musician, singer, songwriter, producer, and best-known as the “Harmonica Wizard” of New Orleans – although this month, he’s venturing south for a Costa Rican tour. Carey will take the stage during three different performances in December. During one show, he’ll be backed by the JR Blues Band; another Costa Rican band, The Glorious Bastard, will open for Carey at another show.

The Tico Times spoke to the musician before his visit. Excerpts follow.

How did you become a musician, and what’s the heritage you want your music to leave behind?

When I was a kid I use to sing with my brothers and sisters all the time; I got to sing in coffee houses with them when I was very young. I later started picking up the harmonica, and eventually took lessons from James Montgomery. He was a popular blues artist who did shows with the Almond Brothers band and James Cotton; he taught  me the craft of playing blues harp. My career began when I was going to blues clubs in my teens. I would see Albert Collins, Howlin’ Wolf, and Chicago blues artists like Buddy Guy and Junior Wells. One night I went to a club called Joe’s Place and sat in with bluesman Arthur “Big Boy” Crudup, who wrote “That’s All Right, Mama,” Elvis Presley’s first big hit. It was right then and there that I knew I wanted to sing the blues.

Actually, I have a heritage that’s already going on. I have two sons who are professional musicians. Brendon was a blues guitarist for years in my band; now he is writing and doing his own music. My other son Sean, who lives in New Orleans,  is a bass player on a few of my albums and is presently producing and performing there. They are both artists in their own right. Brendon is a reggae artist in Martinique and Sean is a hip hop R& B artist in New Orleans. Also, I had a lot of other musicians in my band who are recording artists now.

What would you say are the main influences in your music, and who are your favorite musicians?

The Rolling Stones and the Animals were my first albums that I bought. They were doing covers of bluesmen that I knew nothing about because I could not hear them on mainstream radio. Eventually I started looking into who these blues artist were. That’s when I discovered Muddy Waters, BB King, Howlin’ Wolf, and my favorites: Buddy Guy and Junior Wells.

What makes your music different, and what do you think is the key to success?

My music is different because it is like a hybrid of all different types of music. All the influences I have  had over the years: rock ‘n’ roll, funk, blues and country. The 60s soul music that was coming out of Memphis, New Orleans and Motown has helped shape my sound. I think the key to success is to stay focused and really enjoy what you are doing.

What do you feel when you are onstage, and what do you seek to get across?

No matter where I am in the world, I realize that music is the universal language, and the blues is alive all over the world. When I get onstage I feel like I become a different person. The adrenaline kicks in and I feel like I’m in command and I can really get things going no matter where I am. What I transmit from the stage is a high-energy groove that will make you want to move.

Have you ever played in Costa Rica before? What do you think about Costa Rican music?

I have never played in Costa Rica before, but I have a lot of friends who have been  there. They have told me how wonderful and beautiful the place is, and I’m really looking forward to having a really great time. I am looking forward to experiencing the culture as well as the great musical experience I’m going to have with [my Costa Rican colleagues], the JR Blues Band.

I like a lot of the more traditional rhythmic and melodic music that I have heard. I am hoping to learn more about it during this upcoming visit. I am looking forward to having a wonderful interaction with my fans through music that will make you move and dance.