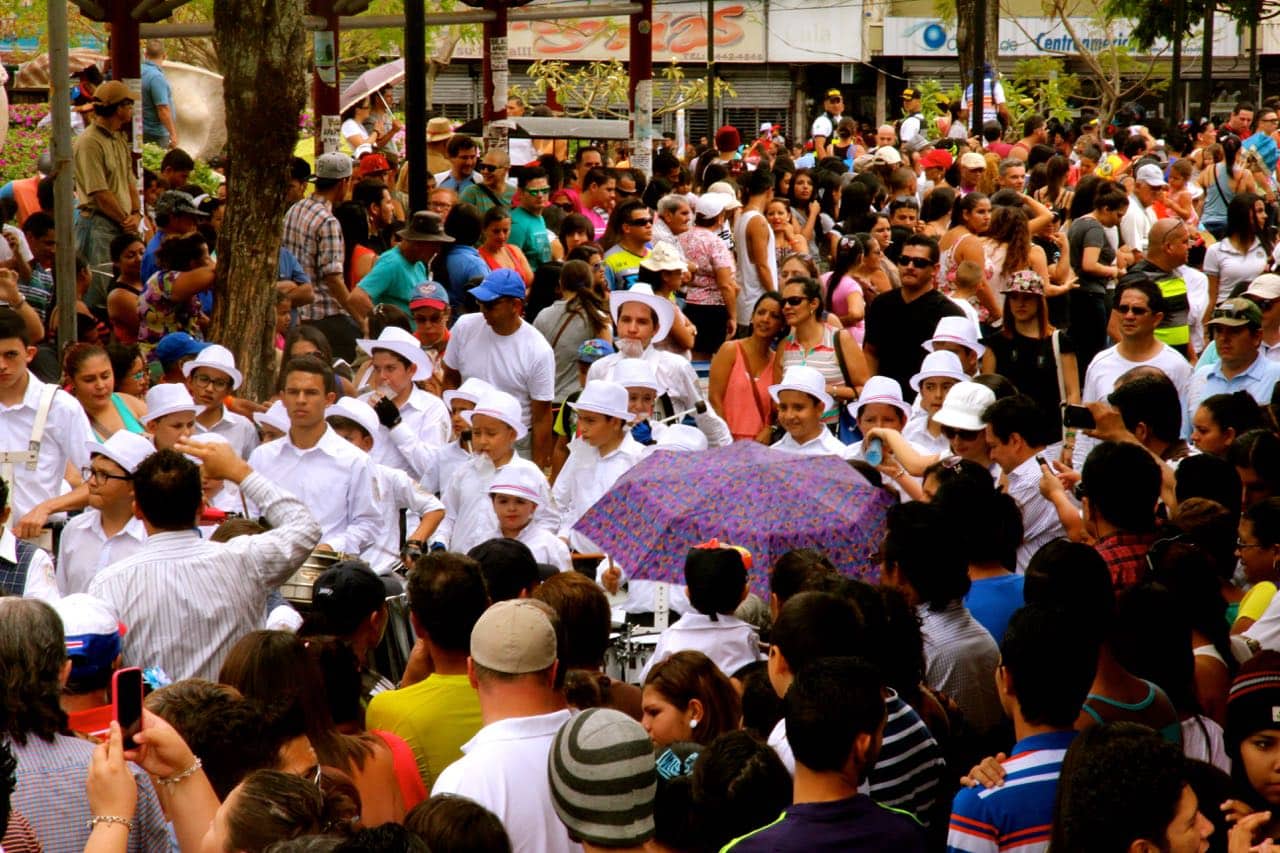 The crowd was so thick that I could barely draw my camera from its bag. Once-familiar streets were jammed with people, and the roar of drums and horns was deafening. There were picture-snapping families, yes, but also an astonishing number of teenagers, dressed in baseball caps and skinny jeans, knock-off Sketchers and tank tops. I elbowed my way through the sea of bodies, trying to get a decent shot of the marching bands – and almost every time, someone stumbled into frame.

I have long enjoyed the legend of Juan Santamaría, the 19-year-old drummer boy who died in the line of duty and has become Costa Rica’s most revered war hero. As friends sometimes remind me, Santamaría wasn’t the only Tico to show courage in the line of fire (Pancha Carrasco is another formidable figure from the Battle of Rivas), but Santamaría is certainly the only one with an international airport named after him.

When I first rented an apartment in Costa Rica, it was on a street in Alajuela about two blocks from Juan Santamaría Park. Since then, I have wanted to return for Juan Santamaría Day, a major patriotic event for Alajuelenses. This year I made it, and the holiday proved to be even more invigorating than I expected – sodas and shops I once frequented were awash in festive faces, and people even climbed onto plaster walls to improve their view.

Here’s a taste of what the afternoon was like.