The Amazon: A Burning Question Absent in Brazil Vote 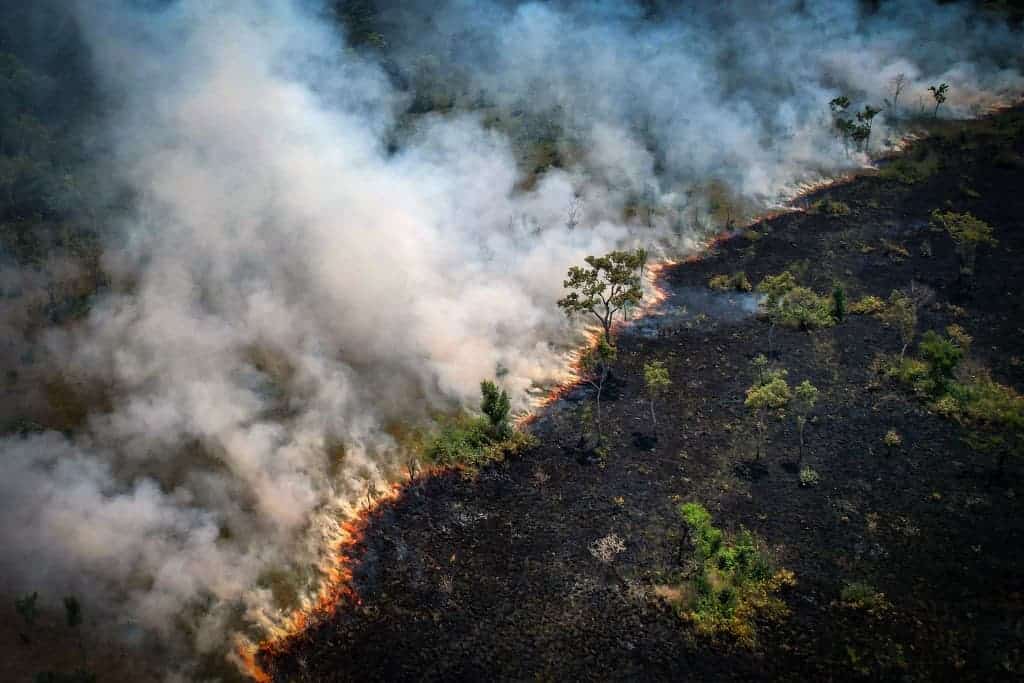 Felipe Guimaraes leaps on and off a surfboard on the sand as he shows tourists the basics of surfing. Here, on Rio de Janeiro’s Ipanema beach, the stricken Amazon could not feel further away.

In Western capitals, the plight of the world’s largest rainforest is seen as a key issue in Brazil’s election, with much at stake for a world scrambling to curb the climate emergency.

However, fires and deforestation have taken a back seat in a dirty and divisive election campaign, and many Brazilians have bigger concerns beyond those happening in a vast area thousands of miles away.

“I dunno man, it’s so far away, but it’s obvious it is important and good to take care of” the Amazon, says bare-chested surf instructor Guimaraes, 27, adding there are more “visible issues” than the rainforest.

Many Brazilians list the economy, crime, education, and corruption as their top worries.

“The country has enormous social inequality, we are recovering from a pandemic. Today, some Brazilians are only worried about surviving one more day. Having a job, having food on the table, access to a doctor,” Daniel Costa Matos, 38, an IT analyst from the capital Brasilia.

While he thinks the Amazon is “of extreme importance,” his biggest worry is corruption.

“The climate crisis, the problem of deforestation in the Amazon, is still far from the reality of many Brazilians,” said 36-year-old climate activist Giovanna Nader, who uses her podcast and Instagram account to sound the environmental alarm.

For Brazil’s Indigenous community, the fight can often seem lonely, even after four years raising the alarm about violent, environmentally harmful policies they say have occurred under far-right President Jair Bolsonaro.

Most Brazilians never visit the rainforest. The capital of Amazonas, Manaus, is some 2,800 kilometers (1,739 miles) from Rio de Janeiro.

It is about the same distance between Paris and Moscow.

“What worries us a lot is that the vision of Brazilians on environmental protection … is very superficial,” says Dinamam Tuxa, executive coordinator of the Association of Brazil’s Indigenous Peoples (APIB).

“Sometimes we feel alone, that we are fighting such a powerful force that are the big corporations exploiting our territories, and that there is no engagement among the Brazilian population.”

Fires and deforestation are not new problems in the Amazon. However, the destruction has increased 75 percent under Bolsonaro compared to the previous decade.

His rival, former president Luiz Inacio Lula da Silva, who also grappled with the problem, only briefly touched on the rainforest on the campaign trail, mainly when drumming up votes in the Amazon itself.

However, it has been largely absent from an election campaign marked by disinformation and extreme polarization.

“It has become a political campaign of a lot of personal attacks between the two candidates. So, I think we are seeing more a focus on … fake news than the Amazon for example,” said Karla Koehler, a 35-year-old artist sunning herself on Ipanema beach.

“I think this is a very specific election… It is about political survival” and “maintaining basic democratic rights.”

Bolsonaro’s detractors see him as a threat to democracy and the country’s future, after a term marked by Covid carnage, attacks on the judiciary and media, and warnings he would not accept an election loss.

Lula, meanwhile, is still associated by many with a massive corruption scandal that saw him jailed for 18 months before the charges were annulled on procedural grounds, without exonerating him.

The country also has one of the highest crime rates in the world, with 47,503 murders in 2021, a figure that was nevertheless the lowest recorded in a decade, according to the Brazil Forum for Public Security.

“The challenge is getting people and their leaders to understand that the environmental agenda is directly linked to factors such as hunger, housing, crime, and the economic crisis,” said Marcio Astrini, the executive secretary of the Climate Observatory, a coalition of environmental groups.