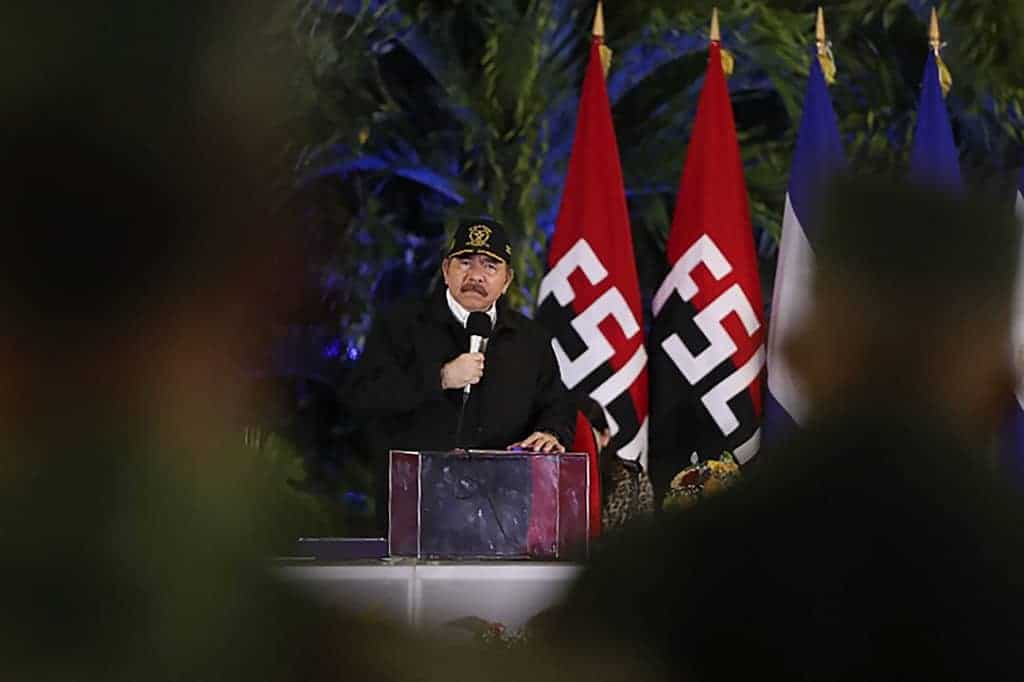 Nicaragua found itself even more isolated on the international stage Saturday after saying it would deny entry to the ambassador appointed by Washington and then severing diplomatic ties with the Netherlands.

President Daniel Ortega’s government is facing mounting diplomatic pressure over what the United States has called “a dramatic deterioration” of human rights — which has seen the jailing of dozens of political opponents, students and journalists.

With Ortega scoffing at Western powers, US authorities said President Joe Biden remained committed to maintaining a diplomatic presence in Managua and that the United States sought “a return to democratic rule in Nicaragua.”

Managua cut ties with the Dutch government on Friday evening, describing The Hague as “interventionist” and “neocolonialist” after its ambassador, Christine Pirenne, said her country would not fund the construction of a hospital.

In a letter sent to AFP Saturday, the Dutch foreign ministry condemned the “regrettable” and “disproportionate” response.

The Netherlands said it had decided to permanently end funding for construction of a hospital in Nicaragua — on hold since 2018 — because of the “deteriorating situation in the field of democracy and human rights.”

It said it had given Managua several warnings but now Nicaragua was “closing the door.” The Nicaraguan government had on Friday blamed the “repeated meddling, interventionist and neocolonialist position of the Kingdom of the Netherlands” for the row.

Earlier in the day, Ortega had lashed out at the European nation. “Those who come to disrespect our people, our homeland, they should not appear again in Nicaragua. And we do not want relations with that interventionist government,” Ortega said in reference to Pirenne, who is based in Costa Rica.

The Netherlands closed its offices in Managua in 2013 and conducts all its Central American diplomatic work from Costa Rica. Before Ortega’s remarks, his wife, Vice President Rosario Murillo, said Friday that new US envoy Hugo Rodriguez “will not under any circumstances be admitted into our Nicaragua.”

“Let that be clear to the imperialists,” she added on state media. The US Senate confirmed Rodriguez’s ambassador posting Thursday, despite Nicaragua having previously said it would reject him.

On Saturday a State Department spokesperson said, “Mr. Rodriguez continues to enjoy the president’s highest confidence.” In Rodriguez’s absence, current Ambassador Kevin Sullivan will remain at his post in Managua, the spokesman said.

“The United States remains committed to promoting a return to democratic rule in Nicaragua, in support of the Nicaraguan people’s aspirations,” the official added.

Nicaragua said it blocked Rodriguez because of “disrespectful” comments made during a Senate hearing — in which he described Nicaragua as a “pariah state in the region” and branded Ortega’s government a dictatorship.

Rodriguez had said he would support using all economic and diplomatic tools to bring about “a change in direction” in Nicaragua, and notably suggested kicking the country out of the Dominican Republic-Central America Free Trade Agreement.

On Wednesday, Ortega branded the Catholic Church a “perfect dictatorship,” reflecting ongoing tensions between his government and the religious institution over 2018 protests that Ortega has accused the church of backing.

Those protests were crushed in a crackdown that left hundreds dead.