Costa Rica Presidential Candidates Attack each other in First Debate 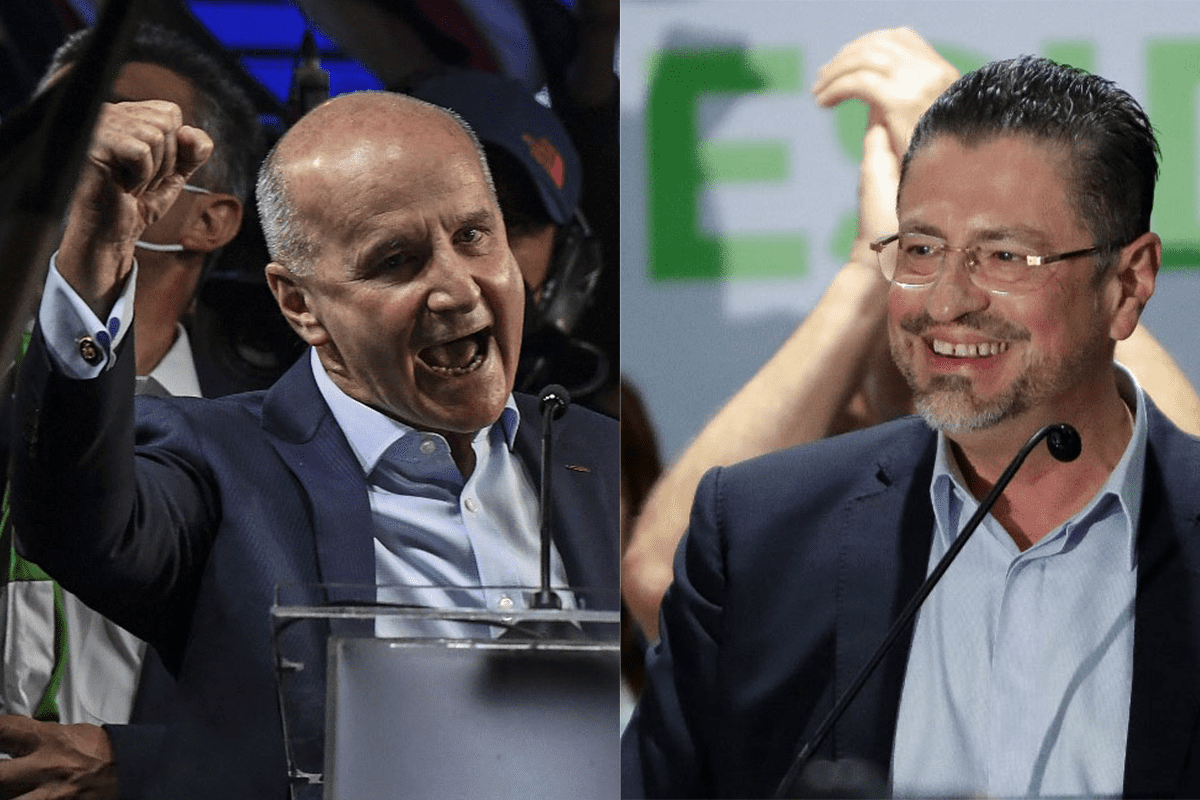 Costa Rica’s runoff candidates, conservative Rodrigo Chaves and liberal Jose Maria Figueres, hurled strong accusations at each other during the first of five debates ahead of the April 3rd election.

“You [Figueres] campaign as you govern, with dirt and lies,” said Chaves, challenger for the Social Democratic Progress Party (PPSD), during a televised debate.

A 60-year-old economist, he worked for more than 30 years at the World Bank and leads in the polls, according to a recent survey.

“If you vote for this gentleman (Chaves), you will see him leaving the Presidential House with handcuffs in his hands”, said Figueres, of the National Liberation Party (PLN), with which he governed the country between 1994 and 1998.

Chaves accused Figueres of paying for an advertising video showing young people throwing themselves into the void, suggesting that voting for him would be suicide.

Figueres, who denies these accusations, is a 67-year-old engineer, son of former President José Figueres Ferrer, who abolished the army in 1948.

For his part, he questioned Chaves, sanctioned for sexual harassment of two female collaborators within the World Bank, in events that occurred between 2008 and 2013.

Chaves rejects these charges and has repeatedly said that they were misunderstandings.

The economist, who was Minister of Finance for 180 days between 2019 and 2020, hit back and reminded Figueres of the accusations he has for corruption, for a consultancy for 900,000 dollars that he charged in 2004 to the French company Alcatel.

The firm accepted at the time that it offered bribes to officials in Costa Rica in exchange for contracts in the public sector.

Figueres was investigated but not prosecuted. He worked abroad while the case was being heard in his country and returned when the statute of limitations expired. He has denied the charges although he acknowledged that he should have been in the country to face the issue.

“You lied yesterday, you lied today and you will continue lying tomorrow (…) You are burying the party that your father founded,” Chaves lashed out.

Figueres also questioned his opponent for an investigation that the TSE is carrying out on the accounts of his party and its financiers, for alleged irregularities.

According to a survey of the Centro de Investigación y Estudios Políticos (CIEP-UCR) of March 22, Chaves is at 43.3%, more than five points ahead of Figueres, who is at 38.1%.

In the polls at the beginning of March, Chaves’ advantage was more than 10 points.