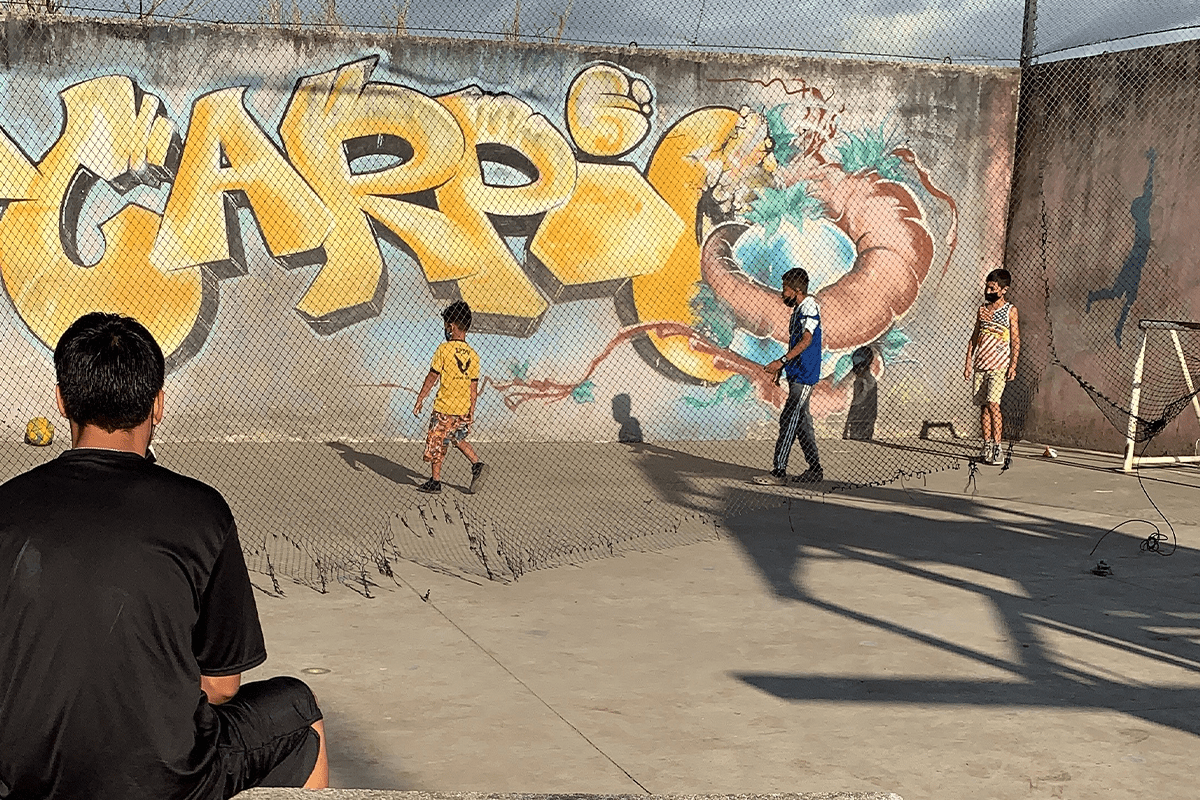 The occupiers came from all over San Jose, alerted by social media of the possibility to settle on the vacant land. All are poor families, mostly immigrants from Nicaragua. La Carpio is made up of an estimated 90% Nicaraguans.

Hundreds of municipal police, riot police, mounted police and immigration police entered this morning in force to remove the families.

Authorities began to eradicate the tents and stakes demarcating potential property lines and the vast majority of the 2000 people there gathered their belongings and left peacefully. Others armed with machetes, and other weapons tried to stand their ground.

The confrontation with authorities then spilled over onto the streets of La Carpio. Groups of young men and women hurled rocks and bottles at the authorities in a rolling battle from corner to corner. This battle is still ongoing at this time.

Police have shut down the only road into La Carpio to prevent any more people looking to support the protest from entering.

La Carpio in known as a “no go zone” for outsiders, especially police, unless in a large number.

That reputation, for outsiders at least, is not my reality. As an obvious gringo I go down to La Carpio often. In fact, I was there just Saturday with a professor friend from Georgetown University to have some beers and a watch a soccer game in a local 8 seat cantina. A kind gentleman still in his work clothes even bought us both a beer and thanked us for visiting “his barrio.”

The current situation in La Carpio continues to evolve. Hopefully it will end peacefully soon for the sake of the hard working families of La Carpio who just want to live in peace and provide for their families.