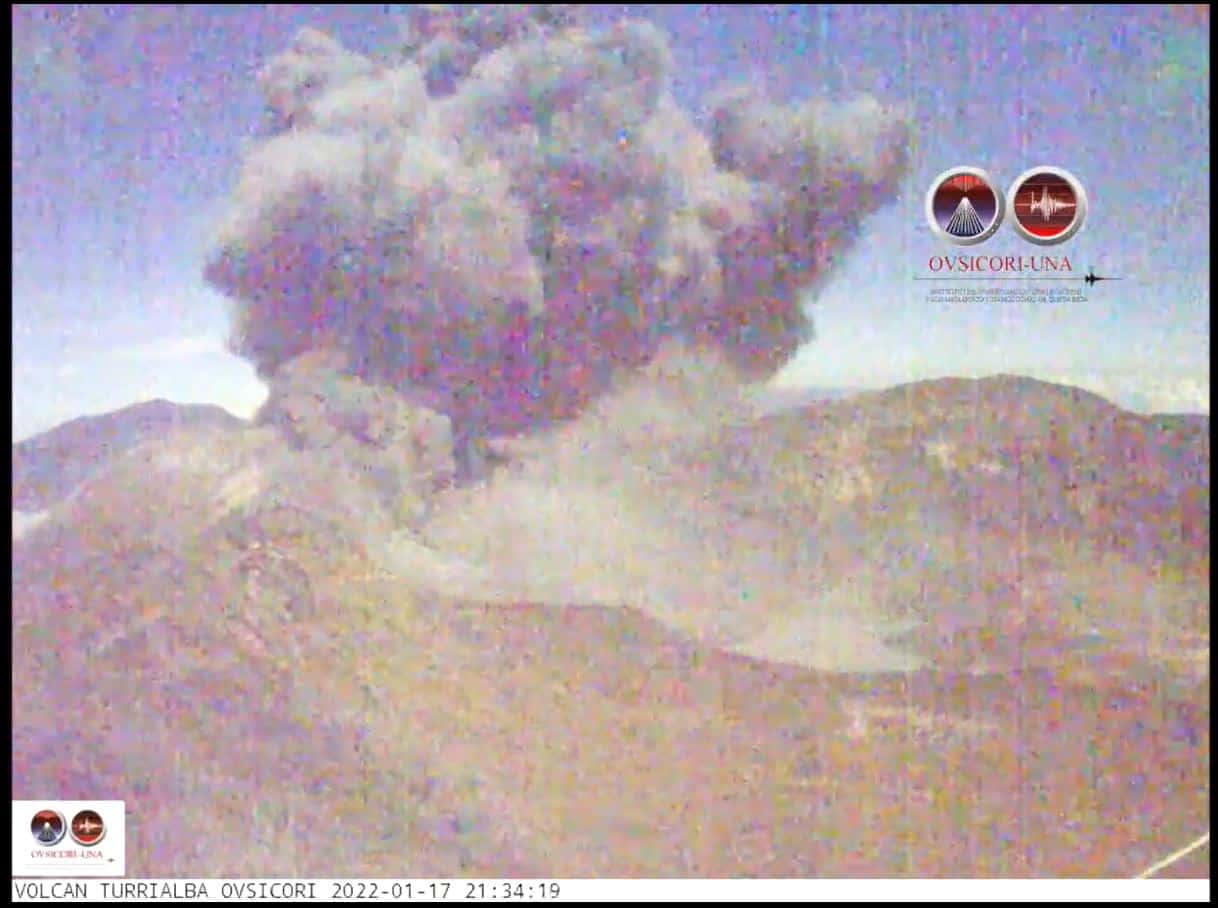 Located due east of San José, Turrialba is just two hours from the San Jose airport yet feels like a different world entirely and that was never more the case when the volcano, one of Costa Rica’s most active, erupted last night at 9:27 pm. according to Ovsicori, Costa Rica’s volcanic ministry.

It I also reported that an ash cloud of  over 1000 meters rose above the volcano.

Reports of light ash and the smell of sulpher as far away as Escazu, San Pedro and Belen were reported.