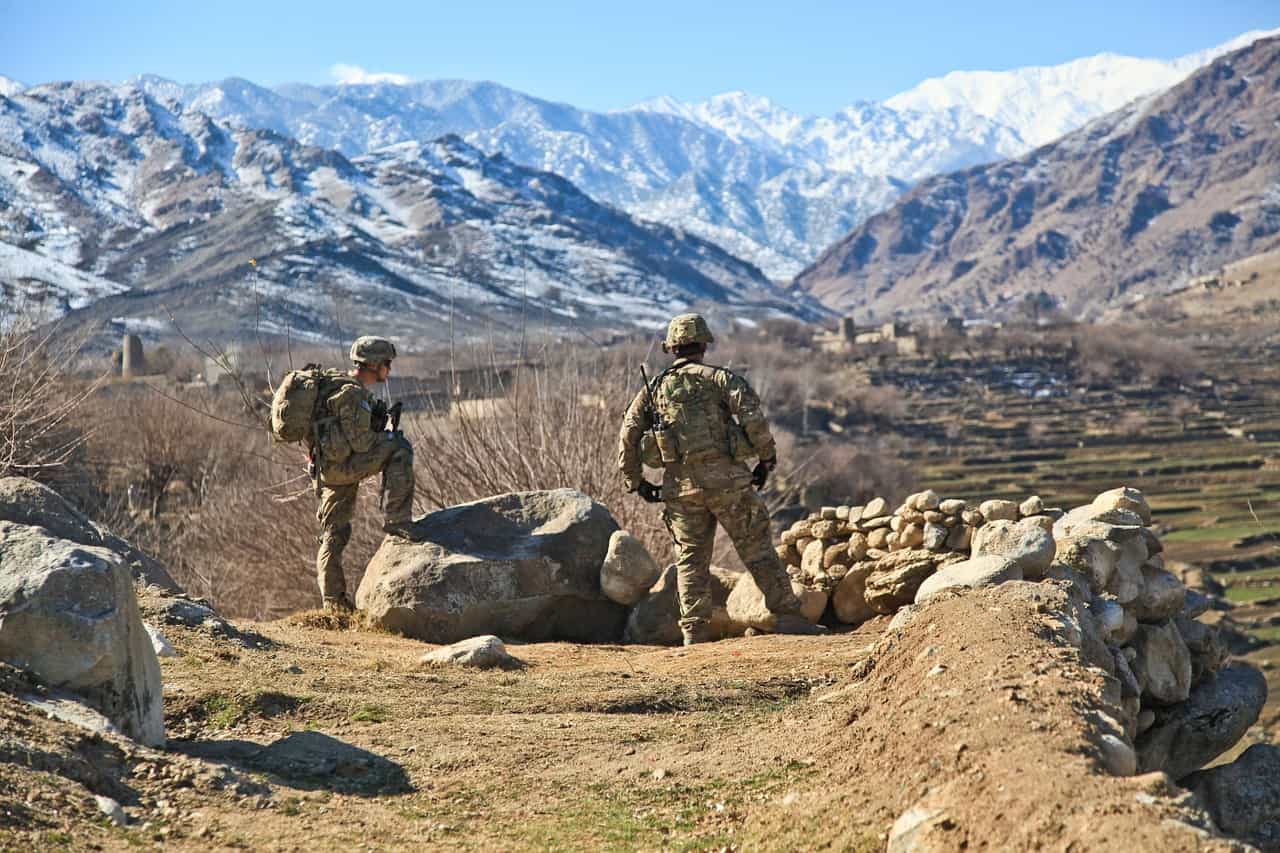 Peruvian Vladimir Florez was guarding the US consulate in Afghanistan when a suicide bomber blew up a truck outside the gates, killing eight Afghans and sparking a firefight that lasted hours.

Like many Latin-American former soldiers, Florez feels bitter at the conditions he endured then and his treatment since. Others say they were used as “cannon fodder.”

It was September 13, 2013 when the then 32-year-old Florez was on duty at the US diplomatic complex in the northwestern city of Herat alongside Colombians and Salvadorans.

He says he was hired to provide security — not to fight as a soldier. The truck explosion, which was caught on camera, was so powerful “it sent me flying, I fell to the ground,” said Florez.

“It took me two minutes to react. When I got up I saw everything was burning, people were screaming.” He then spent two hours battling Taliban fighters before US troops arrived.

“They never gave me one single (extra) dollar for having saved the Americans,” Florez told AFP.

Colombian Francisco Landinez says Latin Americans were left to fight for the United States “without any protection or adequate weapons.”

He says they were at “a complete disadvantage against a much better armed enemy.” Essentially, they were used as “cannon fodder” by the United States, he said.

A retired soldier, Landinez runs the Oppressed Veterans Foundation from Miami, where the group is fighting for the rights of non-American security contractors hired to protect US interests in Afghanistan and Iraq.

They are seeking the same pensions as US veterans, as well as the right of residence. A study by Brown University estimated that more than 3,900 security contractors died in Afghanistan, most of whom were citizens of other countries.

“Many of these deaths were not reported,” said the study’s authors. The US State Department declined to comment on the veterans’ campaign.

Colombian former army sergeant, who uses the pseudonym Jorge Estevez, has kept several military souvenirs, including a black badge that says “Afghanistan 2013” and photographs of him holding an M4 assault rifle.

Estevez was paid $1,400 a month by a private security firm to patrol in Kabul, Mazar-i-Sharif and Herat. That is a considerably more than the Colombian military pension of around $350.

But it is still less than the pay for a US army conscript: $1,600 to $8,700 a month, according to official data. Estevez returned home to his family in Bogota in 2015 after five years of service but still carries the scars of war.

He suffers frequent nightmares, takes anti-depressant medicine for post traumatic stress disorder and says he has no social life.

“We’re anonymous, forgotten, we were used,” he said bitterly.

Colombian mercenaries made headlines last year after around two dozen were implicated in the assassination of Haiti President Jovenel Moise. Three were killed in the assault with another 19 arrested,

But many Colombians reject the term mercenary — an illegal activity according to the United Nations.

They are security contractors working in a legal industry “that moves around the world,” said Colonel John Marulanda, president of the Colombian association for retired military officials.

He says they work mostly in countries “with critical security situations” providing a vital service. Colombians, he added, are “coveted” because they are cheap, and have had tough experience fighting left-wing guerrillas.

They are easy to attract as 10,000 leave the Colombian military every year and abandoned to their fate, says Marulanda.

Another Colombian ex-soldier, using the pseudonym Fredy, fought rebels in his homeland before battling the Taliban in Afghanistan and Al-Qaeda in Iraq.

“I never thought I was going to fight on the front line, I went there believing I was going to protect installations like security guards,” said the 49-year-old, who covered his face for fear of never again being contracted.

He wore a shirt emblazoned with the US flag and the words: “We wonder if you really care about us or just have forgotten us?”

Security contractors have already held protests in Bogota, Lima, Miami and Washington, holding up pictures of their missions and written acknowledgements from the Department of State.

They keep copies of their contracts — some with International Development Solutions, which Foreign Policy magazine says is a “subsidiary” of the formerly-named Blackwater, a notorious US company that has undergone several rebrandings since a 2007 massacre of Iraqi civilians.

In 2018, the UN advocated for more effective regulation of military and private security firms through an international legal framework.