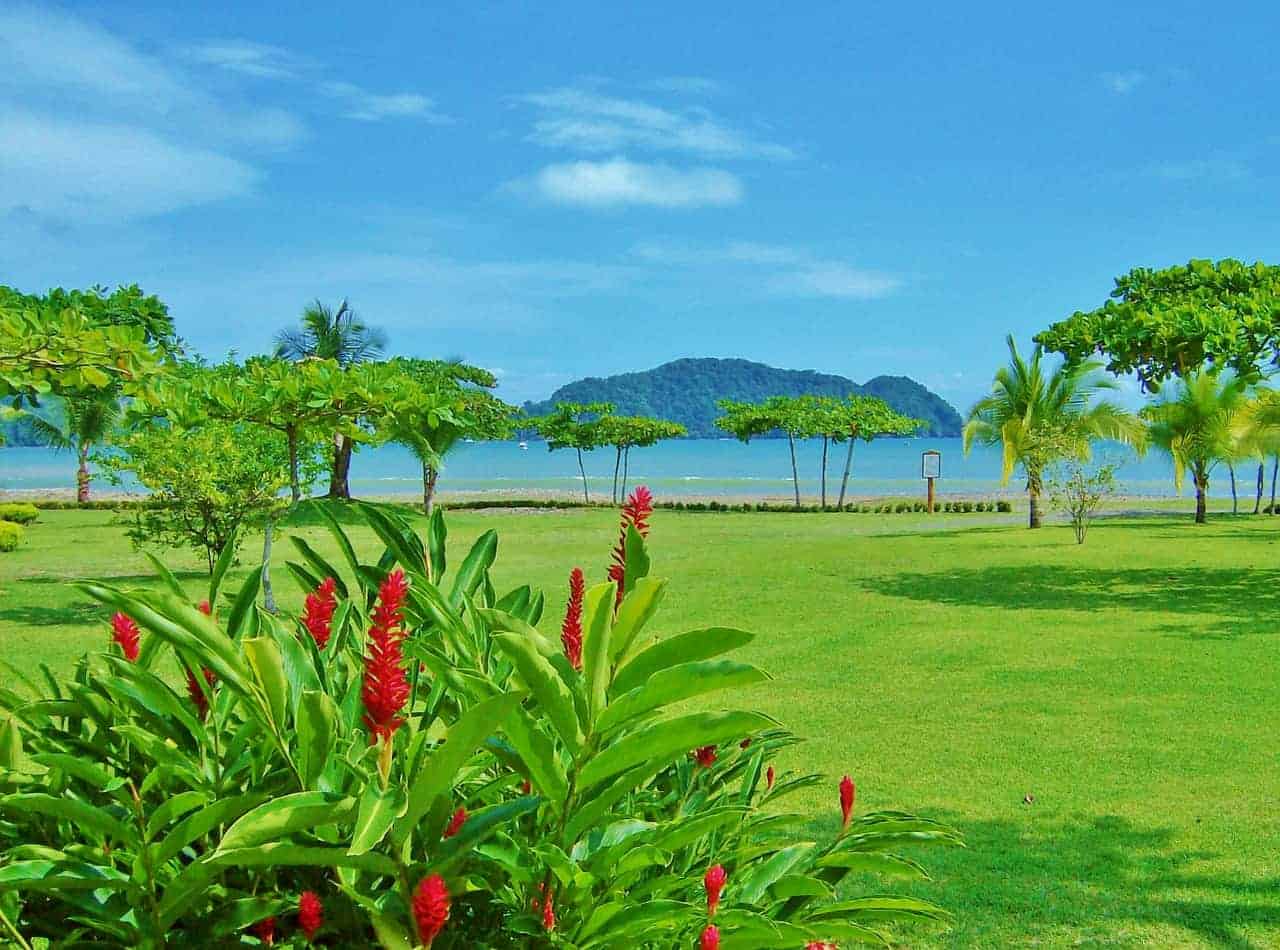 Costa Rica is a beautiful and safe country, so it’s no wonder that it’s on the radar of many students and expats. Being a short flight from North America, Costa Rica receives around 1.7 million tourists each year, making it the most visited Central American country.

Around 80% of these tourists are thought to be eco-tourists, which is a testament to the otherworldly Costa Rican environment and climate. Because it’s already an established student vacation, end-of-semester breaks are often good times to take a trip over to Costa Rica, with plenty of tourist activities such as tours being available.

It’s also worth noting that Costa Rica is running on Central Standard Time (GMT-6). This is great news if you’re working remotely for a North American company, as you can fit within the US and Canada work schedule. Even if you’re not, replying to university emails and returning back home without jetlag is a big plus!

So, let’s take a look at 7 reasons why Costa Rica makes for a fantastic vacation for students.

A place to flex your Spanish

Costa Rica’s official language is Spanish. Being the 4th most spoken language in the world, it’s an incredible language to learn and most people already know a little bit of it. If you’re a Spanish speaker, then life is going to be a lot easier for you coming to Costa Rica compared to much of Europe or Asia.

However, for those who cannot speak Spanish, Costa Rica presents a great opportunity to learn one of the most useful languages in the world. Many students, through using student discounts, study Spanish alongside their degree. However, there’s no better practice than visiting a foreign country. Locals are friendly and will welcome foreigners trying to learn, which makes the process a whole lot easier. Furthermore, it helps that Spanish is considered an easy language to learn too!

Costa Rica is surrounded by endless Spanish-speaking countries. Nicaragua, Honduras, Cuba, Dominican Republic, Mexico… This makes it very possible to tick a couple of countries off the bucket list during the same vacation, all whilst exclusively using Spanish to get around.

Costa Rica has around 2,605,000 ha of forestry and is home to some exotic wildlife. With Toucans, Jaguars, Sea turtles, Coati, Sloths, and Crocodiles, the wildlife of Costa Rica is mind-blowing. There are also 47 endemic species of bird that birders and twitchers fly across the world to see.

In 2012, Costa Rica was the first country in Latin America to ban hunting as a sport, and instead are using eco-tourism to help local farmers so they don’t have to rely on hunting. This governmental focus on eco-tourism has made it perfect for students with a green conscience.

There are plenty of wildlife watching tours to choose from, and they will guide you to put both your safety and the habitat and safety of the animals as the priority. If students have the time within their vacation, volunteering for such wildlife organizations can be a great way to learn about the animals. Protecting their nesting sites, collecting research and data, and many other humbling activities can be taken on to further integrate yourself into the Costa Rican paradise.

Costa Rica has some of the richest and most stunning nature in the world. Given that students often take up a keen interest in environmentalism, Costa Rica’s mantra of “Pura Vida”, meaning “pure life”, goes hand-in-hand with this mindset. The country is very hot on sustainability, particularly with sustainable tourism.

Beyond the biodiversity, there’s also plenty of picturesque wonders of the world too! La Fortuna Waterfall, the Guanacaste beaches, and endless National Parks… You couldn’t ask for more outdoor adventure opportunities.

Costa Rica also has a volcano standing over 3,400 meters called Irazú Volcano. Irazú sits within a National Park that can be an incredible day tour. There are 6 mountains in total that stand over 1,600 meters, making Costa Rica a great pick for photographers and hikers alike.

One of the best hikes in Costa Rica is considered to be in the Arenal Volcano National Park. With white-faced monkeys, jaguars, and 850 species of birds, you can walk tens of kilometers around the park from 8am to 6pm. The Rio Celeste is also a must-see, where the sulfur from the Tenorio Volcano has created an almost synthetic-looking turquoise blue waterfall.

Safety is often a concern for students. There’s a certain vulnerability in being on your own in a foreign place, and often at quite a young age. Central and South America often have a reputation for not being safe continents, but don’t let that deter a vacation in Costa Rica!

Costa Rica is regularly rated as the safest Central American country. Beyond some theft, which is prevalent in most countries around the world, there isn’t a reason to be anxious about safety in Costa Rica. the UK government’s official travel advice is that “around 91,000 British nationals visited Costa Rica in 2019. Most visits are trouble-free” – further details on historical crimes there on tourists are documented on the website.

There are very few major weather events either, so there’s no need to worry about earthquakes, hurricanes, or volcanoes erupting – though, it’s important to be aware of the earthquake drills. As of June 2021, the US government is rating it as a “Do Not Travel” due to rising COVID-19 cases. However, this risk is expected to decrease as more vaccinations are issued.

Costa Ricans are well-known for being extremely peaceful and hospitable people. Whether it’s the expressive Spanish language or the abundance of gorgeous nature surrounding them, you’re guaranteed to come across friendly, happy people who are very well educated.

This is great news for students who may be looking for nightlife or social events, as the locals will be warm and welcoming. It allows visitors to get a grasp on local culture in a short time frame, as they’re more open than many countries around the world.

Furthermore, Costa Rica is a multicultural society. It isn’t like visiting Japan where 98% of residents are Japanese; you’re going to come across lots of migrants and diverse demographics, which makes it easier to fit in as an outsider. This may not be relevant on a short stay, but for some people, it can make them feel less of a foreigner.

Students, like most hard-working people, use coffee to leverage their productivity. However, unless you’re going to specialist shops or very authentic cafes, coffee in much of the US and UK is far from good coffee.

If you love your coffee, Costa Rica just got a whole lot more exciting. Coffee is a huge part of Costa Rica culture, which is just as well because they have a great climate to grow it. Santa María de Dota Coffee Plantation, Café Cedral, and Doka Estate are just some of the large coffee plantations in Costa Rica that yield incredible harvests.

Tours are available at these plantations if you’re really into coffee, otherwise, simply just enjoy the fantastically fresh and local stuff in the day-to-day experience of your vacation.

Beyond the plethora of excursions, sites, and wildlife, sometimes you want to have a few days to completely relax on vacation. Again, Costa Rica doesn’t fail to amaze with its tropical beaches and blue waters.

Unsurprisingly, their stunning wildlife exists on the beaches too with a chance to spot sea turtles’ annual nestings and rich marine life. Manzanillo Beach, Samara Beach, and many others are bathed in crystal clear waters that are great for snorkeling, along with white sand for sunbathing and playing fútbol.

There are some riptides in Costa Rica, so be careful and try to swim in areas that are less remote. If you do find some great remote beaches (there are plenty of them) then always swim in the sea with a partner.

Costa Rica doesn’t exist in isolation, so it’s worth pointing out that their heritage of immigration lends itself to some interesting cuisine, mostly centering around authentic Latin American flavors. You will find lots of Tamales, Gallo Pinto, but you’ll also come across European and Chinese food too.

It’s not just the restaurants that are great, but the resorts. With such a booming tourist industry, there’s no shortage of luxury hotels and accommodation. There are thousands of listings on AirBnB to browse, but also plenty of backpacker hostels for those on a budget.

All in all, Costa Rica offers one of the most sustainable, environmentally thrilling holidays on the earth. Its convenient location, common language, safety, and great food are the cherries on top that make it the perfect place for a student vacation.