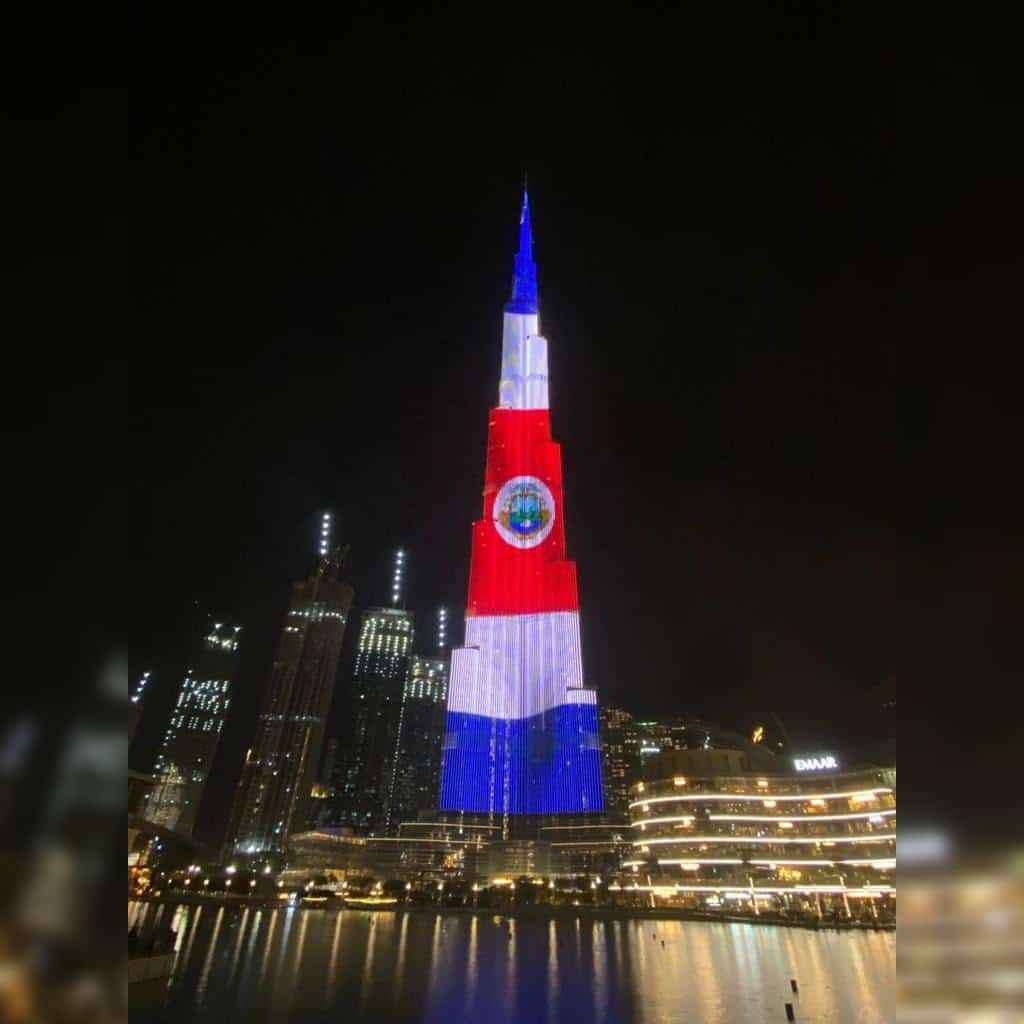 The Burj Khalifa in Dubai displaying the Costa Rican flag. (Via the Foreign Ministry.)

The Burj Khalifa in Dubai, United Arab Emirates, celebrated Costa Rica’s Independence Day by illuminating in the colors of the country’s flag.

“Our friend country, United Arab Emirates, pays tribute, as a gesture of goodwill, to Costa Rica on its 199th anniversary of independence,” the Foreign Ministry said in a statement. 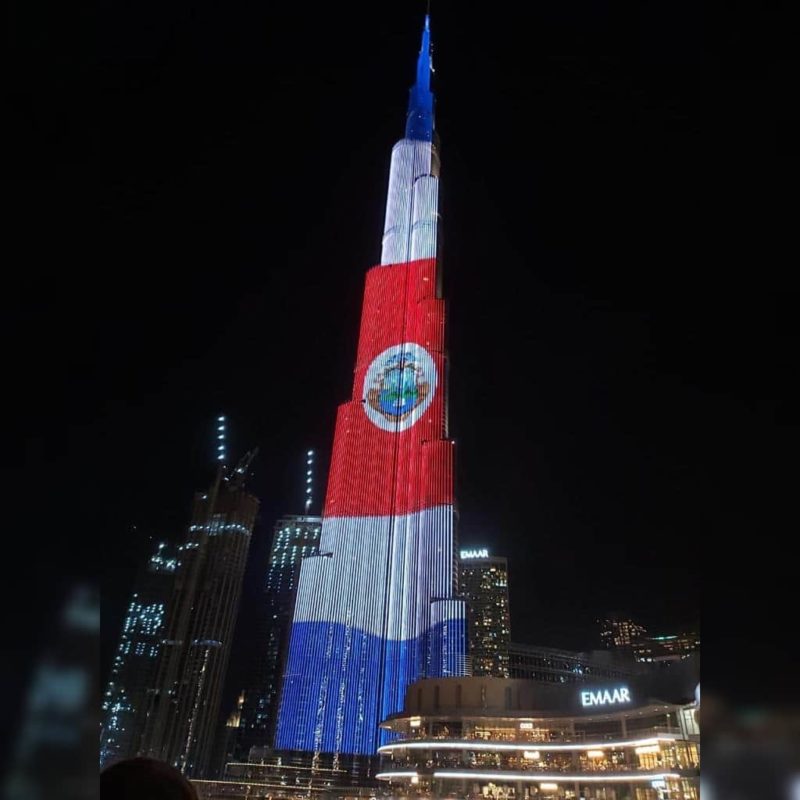