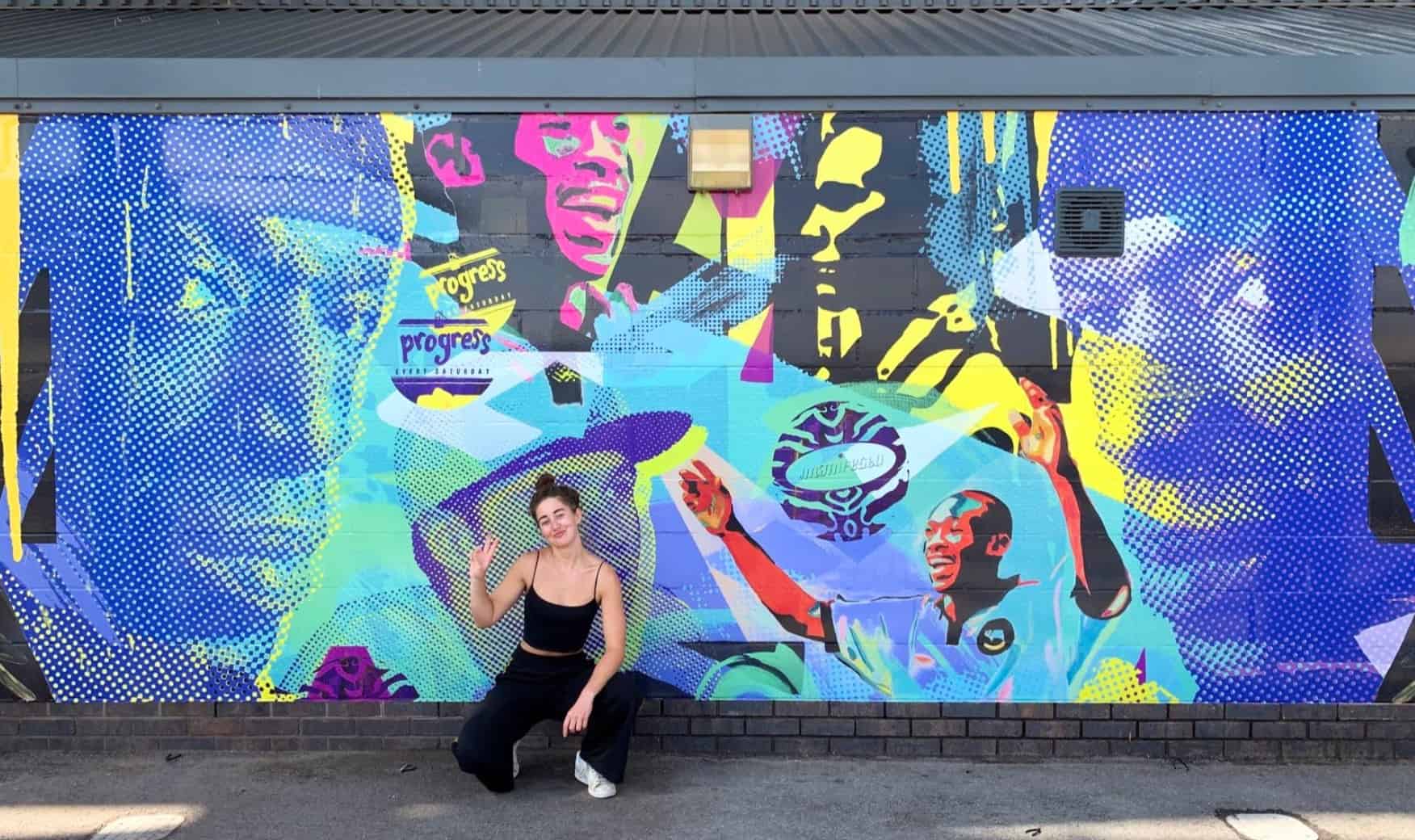 Iona Rowland and her mural. (Via DCFC. )

Among those moments is a depiction of Wanchope celebrating his 1997 goal against Manchester United at Old Trafford.

In 2009, Derby County fans voted Wanchope’s goal as the greatest goal scored in club history, according to the BBC.

“It was one of the most amazing individual goals I’ve ever seen,” former commentator Graham Richards said.

“I can see him now, setting off. As a commentator you’ve simply got to be aware of what might happen next. […] He got to the penalty area when he released the ball — and I hope my commentary carries the note of incredulity that was the occasion.”