‘Much remains to be done’ to address inequality for Afro-descendants in Latin America, report says 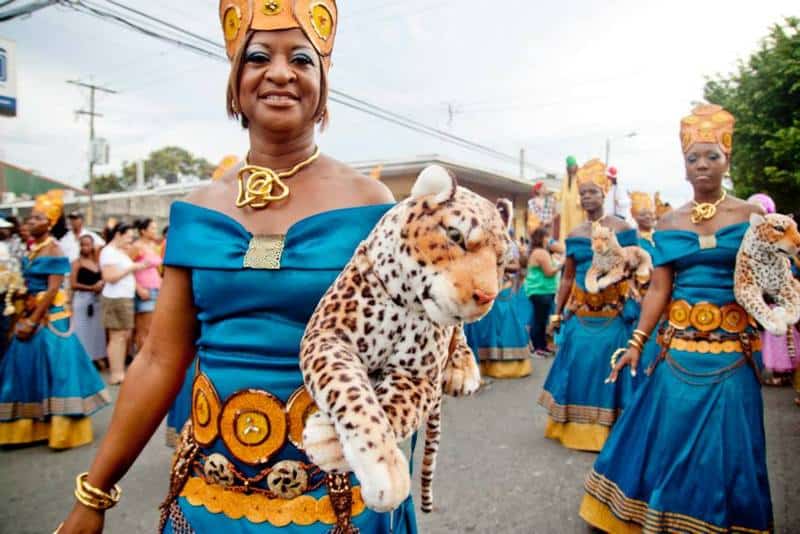 Celebrants lead the 2014 parade in Limón during the Festival of Afro-Costa Rican Culture. ((Courtesy SiCultura))

People of African descent in Latin America have made significant progress in reducing their poverty, but much remains to be done to achieve social and economic inclusion in their respective countries, according to a World Bank study released Friday in Honduras.

The report, presented in the Caribbean port of La Ceiba, was prepared based on 2015 censuses from 16 countries. It states that Latin America has around 133 million Afro-descendants, or about 24 percent of its total population.

The arrival of this population is associated with one of the darkest chapters of Latin American history: “slavery and its tragic legacy of social exclusion,” the document says.

The region has made progress in reducing that exclusion and inequalities during the last two decades by including ethnic and racial variables as part of social programs, the text indicates.

As a result of these efforts, between 2005 and 2015, more than 50 percent of Afro-descendant households living with less than $5.50 per capita per day climbed out of poverty in Brazil and Uruguay, while more than 20 percent did so in Ecuador and Peru.

But the study warned that “much remains to be done,” citing that Afro-descendants receive fewer years of education, are more frequently victims of crime and violence, and are 2.5 times more likely to live in conditions of chronic poverty than the rest of the population.

More than 91 percent of Afro-descendants — 105 million people — in Latin America live in Brazil and Venezuela, while 7 percent live in Colombia, Cuba, Ecuador and Mexico.

The rest are in the Dominican Republic, Guatemala, Honduras, Nicaragua, Costa Rica, Panama, Uruguay and other countries.

According to the report, many Afro-descendant communities have little in common today, but all “share a long history of displacement and exclusion.”

“Addressing the causes of structural discrimination is fundamental to fighting injustice and creating opportunities for all,” said Jorge Familiar, Vice President of the World Bank for Latin America and the Caribbean.

The director of the World Bank for Central America, Seynabou Sakho, told AFP that the study is an effort for states and civil society to “join their voices and generate a level of urgency and pressure” to reduce inequality of Afro-descendant populations.

More than 100 people attended the presentation of the report, including World Bank authorities, the mayor of La Ceiba and members of Afro-descendant communities.