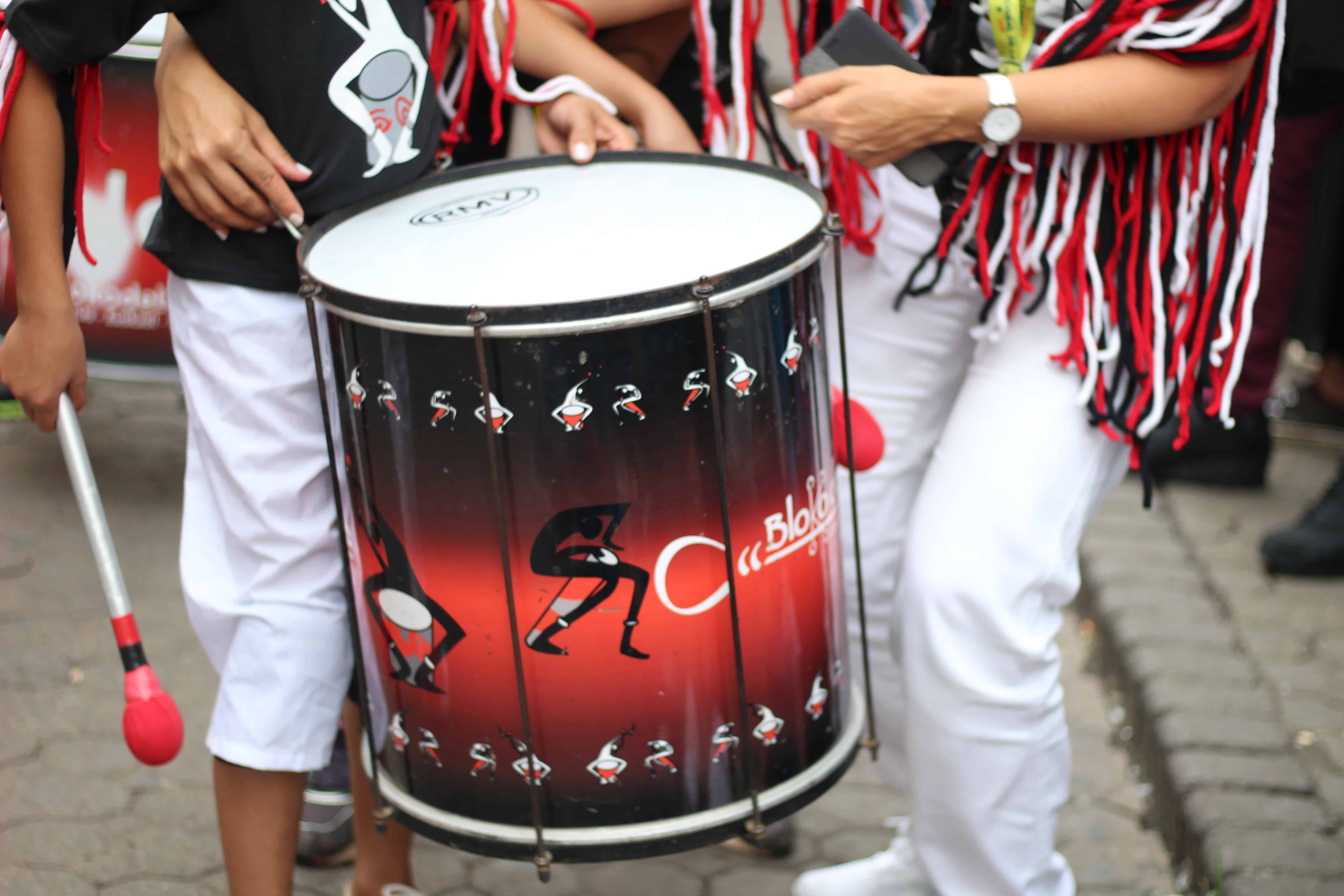 Since its creation in 2010, the Spanish musical and socio-cultural group Bloko del Valle seeks to be an agent of social change through music.

Their latest efforts were seen by dozens of spectators during their presentation at 2018’s International Arts Festival (FIA). The group performed its show “Drums for Coexistence” with a group of children from the low-income community of Tirrases, Curridabat, just east of San José. The show’s message: music and percussion can be tools for change. One of the presenters having fun while playing the drum. Gregory Calvo / The Tico Times The Avenida Central, the capital, has been this group's stage. Gregory Calvo / The Tico Times Gregory Calvo is a journalism student at the Universidad Latina of Costa Rica. Passionate about photojournalism. 2017 winner of the European Union’s “Europe through My Lens” contest in Costa Rica. Instagram: @gregorycalag