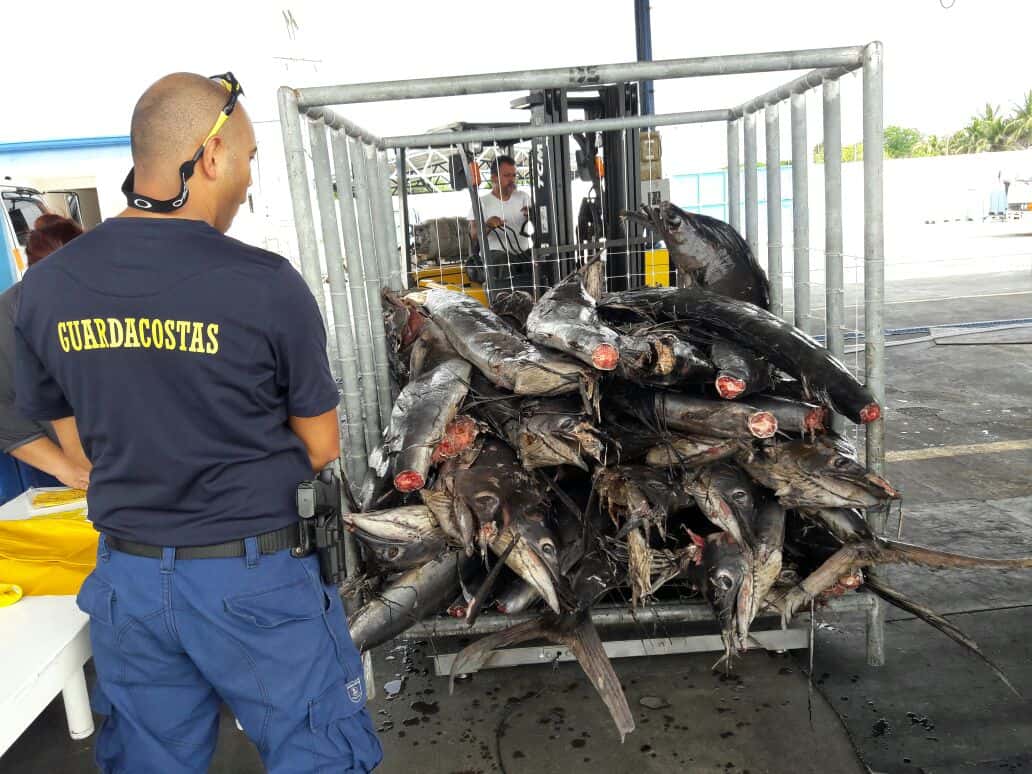 According to the Public Security Ministry, the fish came off a tuna boat with a Nicaraguan flag anchored off the shore of Caldera in the Gulf of Nicoya. They were then transferred a Costa Rican boat, transferred to shore and loaded into a seafood truck.

Officials said the catch was confiscated because it was unloaded in unsanitary conditions and at an unauthorized location. Also, the catch itself wasn’t authorized and sailfish is generally reserved for catch and release sport fishing in Costa Rica.