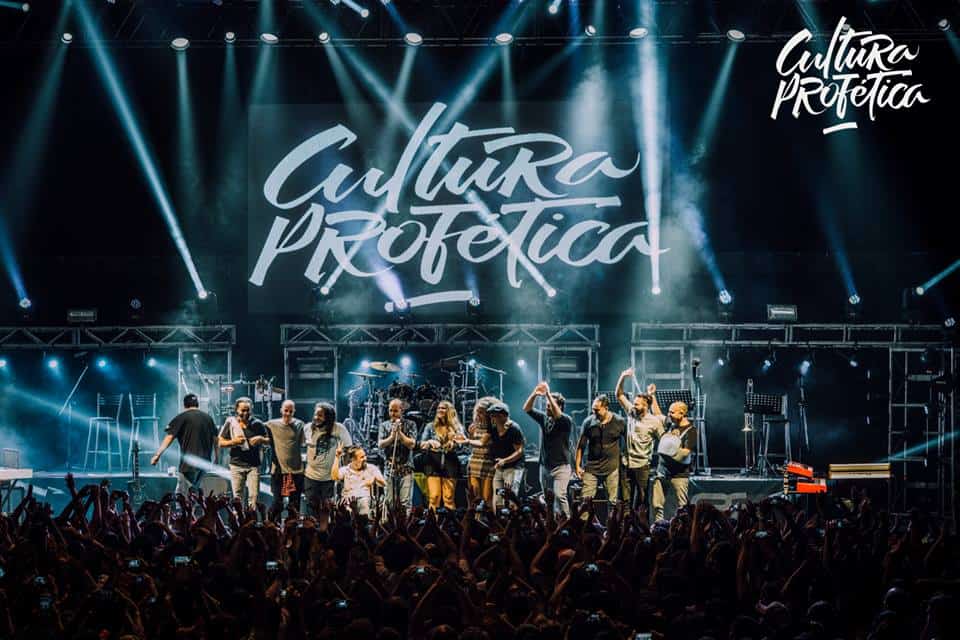 New Year’s Eve is almost here: the whole country is celebrating already with the festivities in Zapote and today’s Tope Nacional. Puerto Rican reggae band Cultura Profética is offering another way to bid adieu to 2015: with concerts at two of Costa Rica’s most beautiful beaches.

Today, Dec. 26, the band will play at Playa Dominical, in the southern Pacific, following up that show with another at Playas del Coco, in Guanacaste, on Dec. 29.

The almost 20-year-old band, created as a college classmate project, has become an influential group whose mission is to help people create a new, but personal, view of the world. The Tico Times talked to Willy Rodríguez, a founding member who is a vocalist and bassist, about the band, their new projects and their visit to the Costa Rica. Excerpts follow.

What do you want to communicate with your music, and how has the band influenced your fans?

We transmit a lot of ideas, because it’s a long discography we have now. But most of all, it’s about freedom of thought. We all have influences in life, but there’s specific voice that is ours. We seek a way to make it be heard.

I think we have influenced our fans in many ways. We have been forming young generations of thinkers. We have not only influenced the evolution of thought in many young people, but we have also been like a cane for people who feel there are no people thinking like them. Like a friendly hug. For example, during the controversy in Puerto Rico over removing the Navy from the island of Vieques, they gave us the key of the city, because of the influence our music had on the debate.

How is the new album going?

It’s going well. We have about half of it ready; we have already recorded seven songs. After the holidays we will finish the rest. It’s kind of difficult to understand the album’s personality, but it has a pretty solid base. We are confident that we will present a historic album next year.

What motivates you to sing?

I wouldn’t put it that way. You do not choose these sort of things. They choose you. I didn’t dare to sing when we started the project; I wrote the songs and gave them to Boris [Bilbraut, his bandmate] so he sang them. I don’t remember when I started to sing, but I did it because it was like a physiological need. It happens naturally. Then, when you see people’s reaction and understand how you can touch people, it becomes a responsability.

Do you consider there’s peak point where you decide to stop making music because you already achieved your goal?

No. [I’ll play] until my body can’t take it anymore, because music is the fountain of youth. The secret is to keep the force going, and the body endures whatever comes. Obviously, you have to take care of yourself. A musician is like an athlete: you have to sleep well, eat well, exercize.

Will you bring any surprises to Costa Rica?

Yes, totally. We will play the new single “Le da igual,” which came out approximately a month ago. Also, we are playing a Silvio Rodríguez cover; we recorded it for a special Christmas edition in Puerto Rico, and we loved it, so we are including it in the show. An unreleased song we recorded for the new album, “Despertador Solar,” is one of the nicest in the show because is a song people don’t know, and it is also a very personal song because I wrote it to my son. It’s a really nice intronspective moment. We also decided to go back to some songs we haven’t played in a long time.

What are you expecting about these two concerts at two wonderful Costa Rican beaches?

We are expecting it to be a really nice experience. We’ve never been to these beaches, so we are really excited to see them. My wife lived for many years in Dominical during her childhood, from 2 to 9 years old, so for me it’s really nice to get to know the place where she grew up.

And, of course, to share Costa Rica’s energy is something really nice for us. We feel closely related to the country. And we are both Caribbean, so it’s not a hard task to go to the beach [laughs]. We’ll feel right at home. We’ll close the year in the best way possible, enjoying paradise.

What do you think about Costa Rican reggae music?

I think it’s a country that cultivates reggae realy well. It’s always on the edge of the new, but keeping its roots. That’s a pretty cool balance. Every time we visit the country we share a really nice energy, and really nice music. It’s a country with pretty good musicians. There is always quality. That is the most beautiful part. We get to know something really nice on each visit.

Would you like to say something to your fans in Costa Rica?

Well, mainly, gratitude for embracing our music. For hosting us every year, and for the nice energy they transmit us when we take our music there. We hope you come to ourconcerts, and join us to close this year in the best possible way.