International Court of Justice to rule on Costa Rica-Nicaragua border dispute on Dec. 16 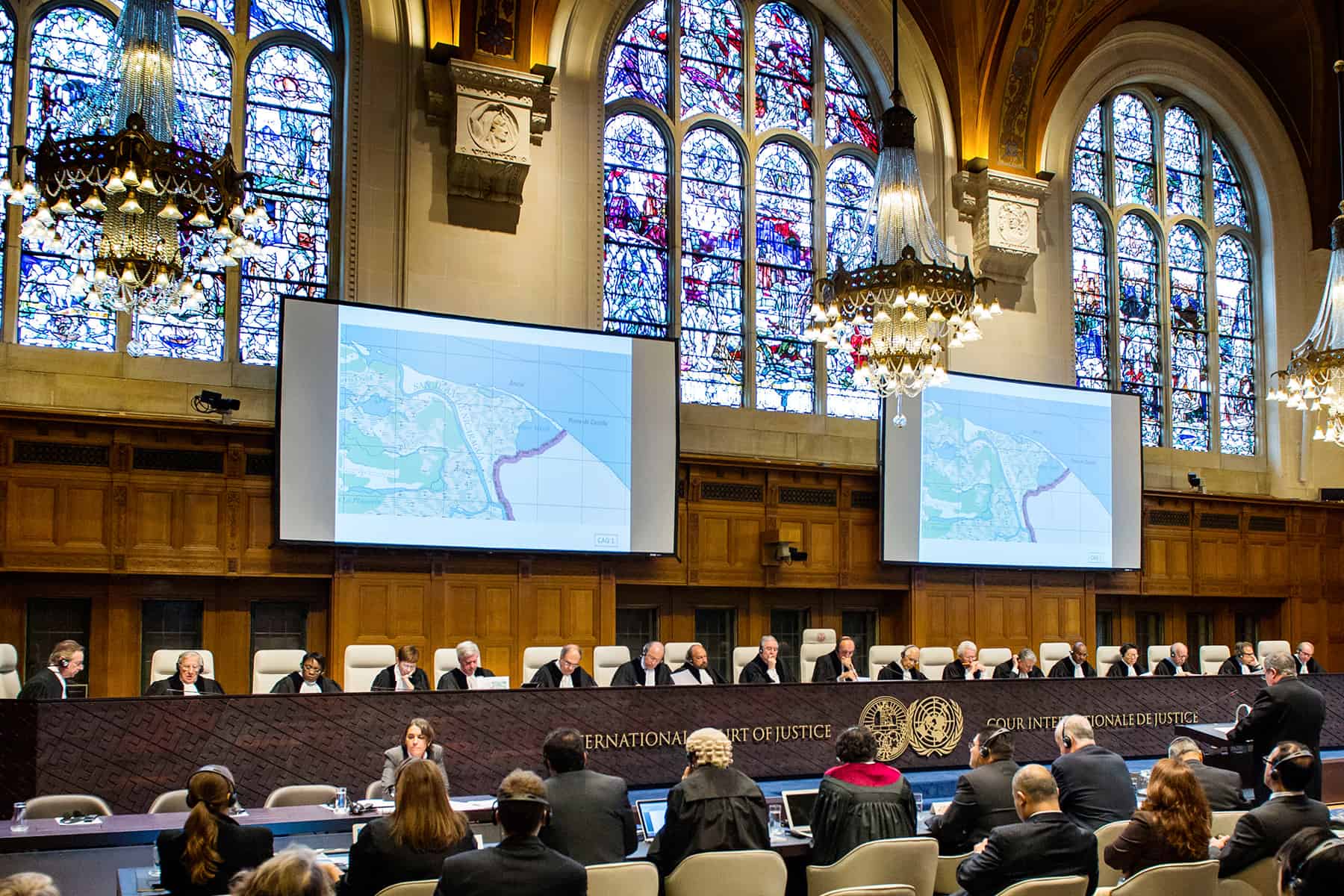 Final hearings at the International Court of Justice ended in April after five years of legal proceedings at The Hague. ((Via ICJ))

The Hague-based International Court of Justice on Friday reported that it will issue a final ruling Dec. 16 on the joined cases raised by Costa Rica and Nicaragua over a series of disputes along the two countries’ border.

Costa Rica in 2010 sued Nicaragua for allegedly invading a small wetlands area that both countries claim as their own. Costa Rica calls the area Calero Island while Nicaragua calls it Harbour Head.

Nicaragua’s government in 2011 filed a complaint against Costa Rica for alleged environmental damage on its territoty caused by the construction of a 160-kilometer road that runs parallel to the Río San Juan, a natural border between the two countries.

The court decided to process the two cases in a single trial and in its announcement highlighted that all International Court of Justice rulings “have binding force and are without appeal for the parties concerned.”

Both countries had previously accepted to abide by the court’s decision.

Justices did not report an update on a separate complaint filed by Costa Rica over maritime borders, both in the Pacific and the Caribbean.

See a timeline of events in the Costa Rica–Nicaragua border dispute: