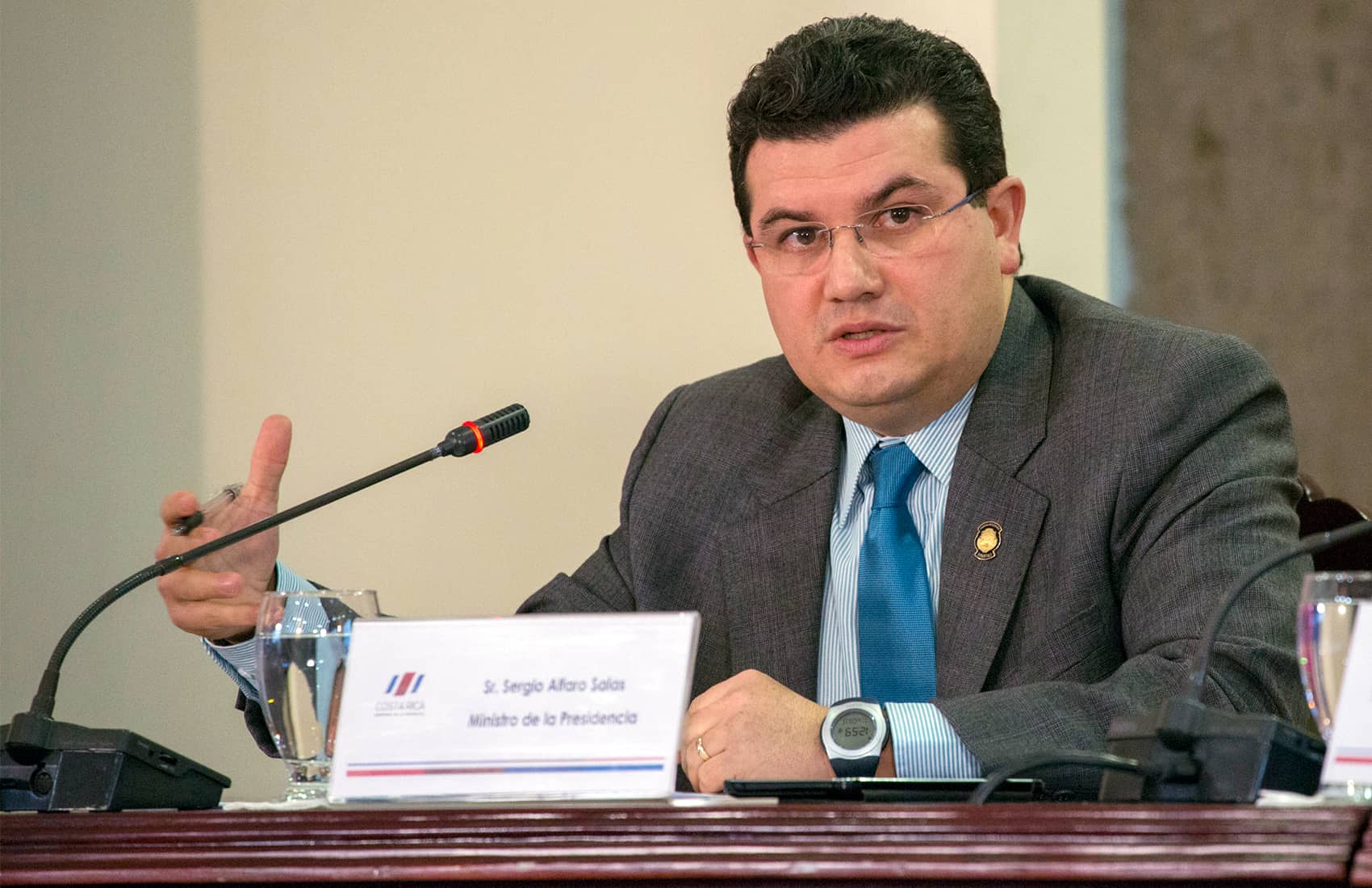 Presidency Minister Sergio Alfaro on Nov. 30 said all initiatives seeking to increase revenue from taxes remain a priority for the administration of President Luis Guillermo Solís. ((Courtesy of Casa Presidencial))

Costa Rica’s Legislative Assembly will not discuss any bills to create or increase taxes for the rest of the year, Presidency Minister Sergio Alfaro Salas announced Monday evening, following a meeting with lawmakers from several parties.

At the meeting, Alfaro presented the administration’s list of priority bills for extraordinary legislative sessions that run from Dec. 1 to April 30. In those sessions, President Luis Guillermo Solís and members of his Cabinet set the agenda for legislative discussion and voting, both in the full Assembly and in commissions.

The minister said the administration’s priorities include “the most viable projects,” meaning that the executive branch in December will not call up for discussion any bill that proposes new or higher taxes.

“We are proposing the discussion of fiscal reforms aimed at improving tax collection and control,” he said.

Lawmakers will discuss a bill that sets limits on public-sector wages and extra wage benefits, and a bill to standardize salaries for public workers. These proposals seek to reduce public spending, a requirement set by opposition parties before agreeing to discuss new or increased taxes.

The list also includes bills that President Solís had promised to prioritize, such as one to regulate in vitro fertilization, another for animal welfare, and a third to support Costa Rica’s Railroad Institute.

The executive branch also included controversial proposals such as the reform of the country’s Family Law to grant rights to same-sex couples, a bill to allow terminally ill patients the right to refuse treatment, one to regulate the medical and industrial use of cannabis, and an asset forfeiture bill to authorize the government to confiscate assets purchased with illicit funds.

Alfaro said bills aimed at creating or increasing taxes will be discussed next year. Among those is a proposed reform to increase sales tax from 13 to 15 percent and create a global income tax. The administration sent both draft bills last August, but they have been stalled in the legislative Financial Affairs Commission.

The minister said that despite the delay, all initiatives seeking to increase revenue from taxes remain a priority for the government.

“It’s not a secret that this administration is focused on solving the country’s fiscal situation,” he said.

Alfaro added that following Monday’s meeting, he believed opposition parties supported the agenda, and he hoped for consensus to approve many of the items.

Said the minister: “We hope for an efficient and successful period of extraordinary sessions.”