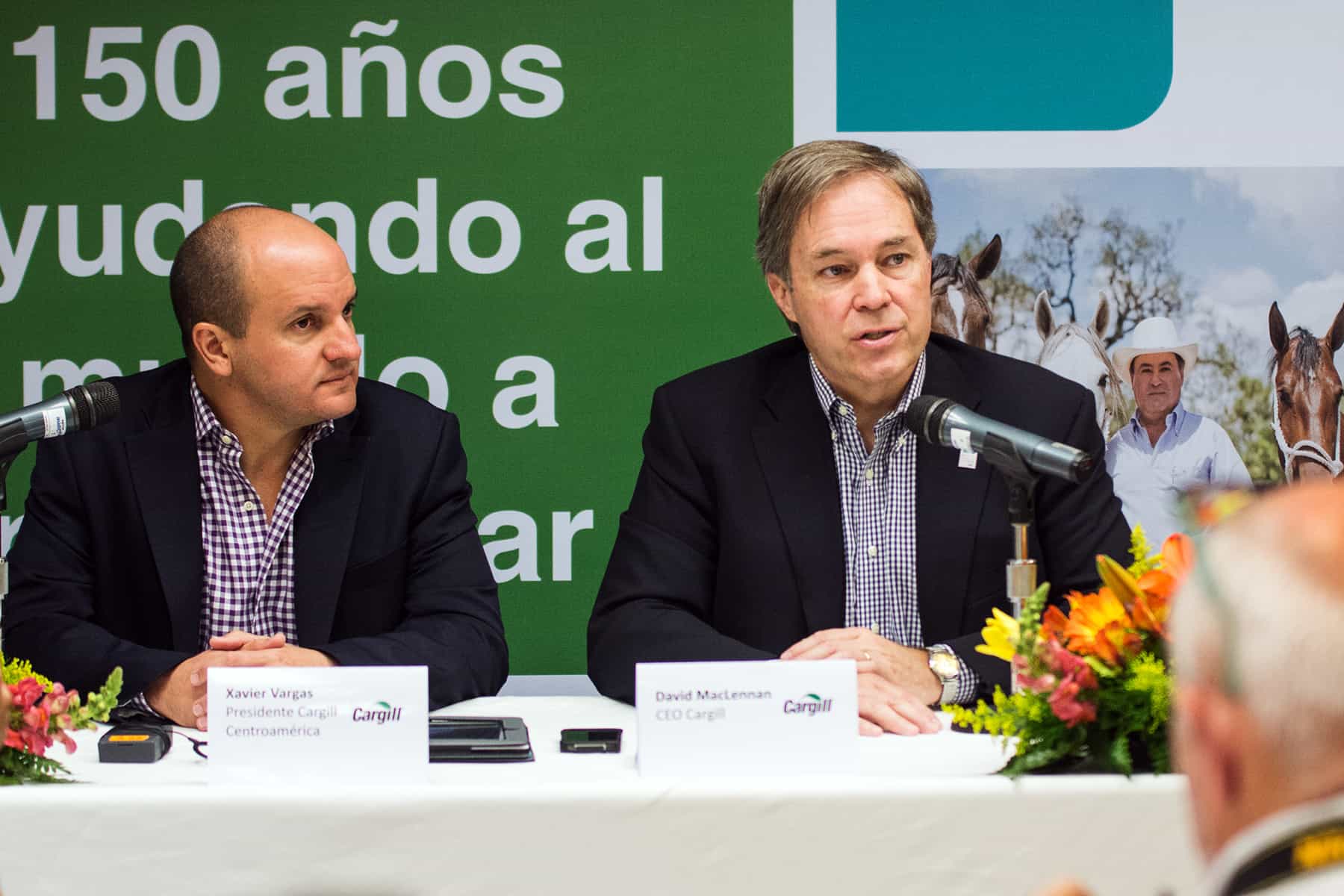 The U.S. company Cargill, owner of the Costa Rican chicken and deli brands Pipasa and Cinta Azul, on Thursday reported it will invest $100 million over the next five years in its Costa Rica operations.

Cargill CEO David W. MacLennan made the announcement Thursday at a press conference in Heredia, outside of San José, during a visit that also included a meeting with Costa Rican President Luis Guillermo Solís on Wednesday.

The company’s regional president, Xavier Vargas, said the investment in Costa Rica is part of $500 million the company has earmarked for the region, including Guatemala, Nicaragua and Honduras.

Half of the funds for Costa Rica will be spent mostly on improving logistics and distribution, “where the company plans its biggest expansion in coming years,” Vargas said.

The other half will go toward operating expenses including the purchase of more vehicles and the construction of a new production plant for value-added chicken products to be exported to other countries in the region.

The company will build a grain warehouse near Caldera Port, in the Pacific province of Puntarenas, and a shared-services center for Cargill operations across the Americas, Vargas added.

The services center will open in approximately four weeks and will employ 200 people. Vargas said 60 workers already have been hired.

The Minnesota-based company launched operations in Costa Rica by acquiring Cinta Azul in 1999 and then Pipasa in 2011.