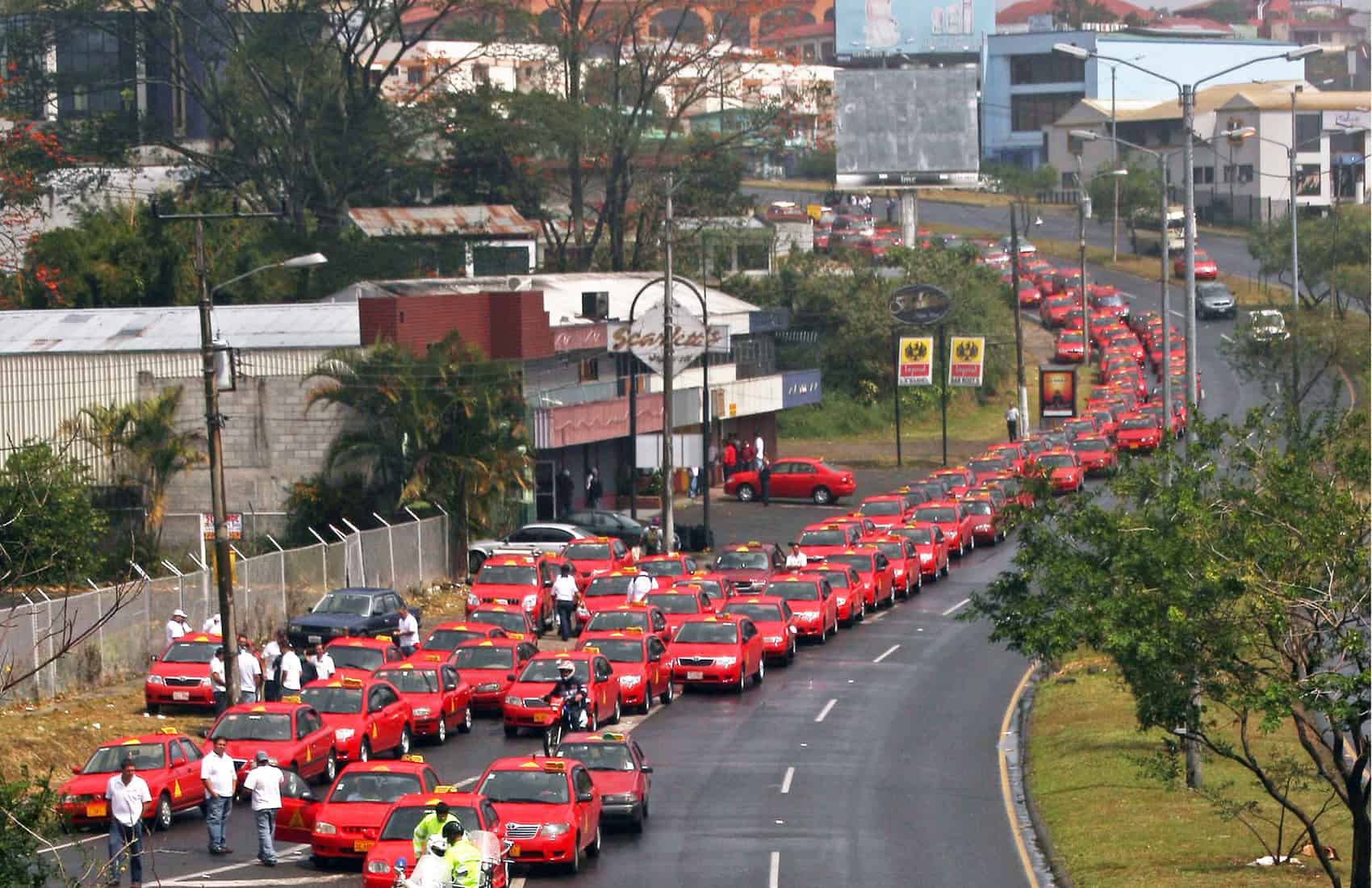 Leaders of the National Union of Taxi Drivers, a group that brings together some 3,000 drivers, say they are preparing street demonstrations to show their disapproval with ARESEP's request. (Ronald Reyes/The Tico Times)

Taxi fares could be going down in Costa Rica.

The Public Services Regulatory Authority (ARESEP) will submit a proposal next week to lower taxi fares by ₡30 for the first kilometer and by ₡45 after that.

In what might appear contradictory, earlier this week the agency approved the first increase in fuel prices of this year.

ARESEP has to first submit the request to lower taxi fares for public consultation. Then it will be evaluated by technical staff for 10 days.

Staff will also take into consideration any objections filed during the consultation.

Following ARESEP’s announcement on Thursday, leaders of the National Union of Taxi Drivers (UNT) voiced their opposition and pledged to demonstrate in coming days.

Rubén Vargas Campos, Secretary General of the taxi drivers’ union, said the union would not accept the fare reduction. He said current fares are already lower than they should be.

“According to our calculations, fares for the first kilometer currently should be at some ₡1,000 ($1.85) while additional kilometers should cost at least ₡700 ($1.30),” Vargas said.

Drivers argue that if the fare reduction gets approved, ARESEP should also lower the annual taxi permit fee, which currently costs ₡100,000 (some $185).

Vargas said Friday morning that the union was preparing to send ARESEP a document outlining its opposition.

“And we are getting ready to take our protest to the streets,” Vargas added.

ARESEP’s proposal also includes reductions for all taxi services in the country, including rural taxis and those for disabled persons. Fares for the first kilometer of special taxi services would also decrease from ₡640 to ₡610. But the price for additional kilometers would vary depending on the type of service.