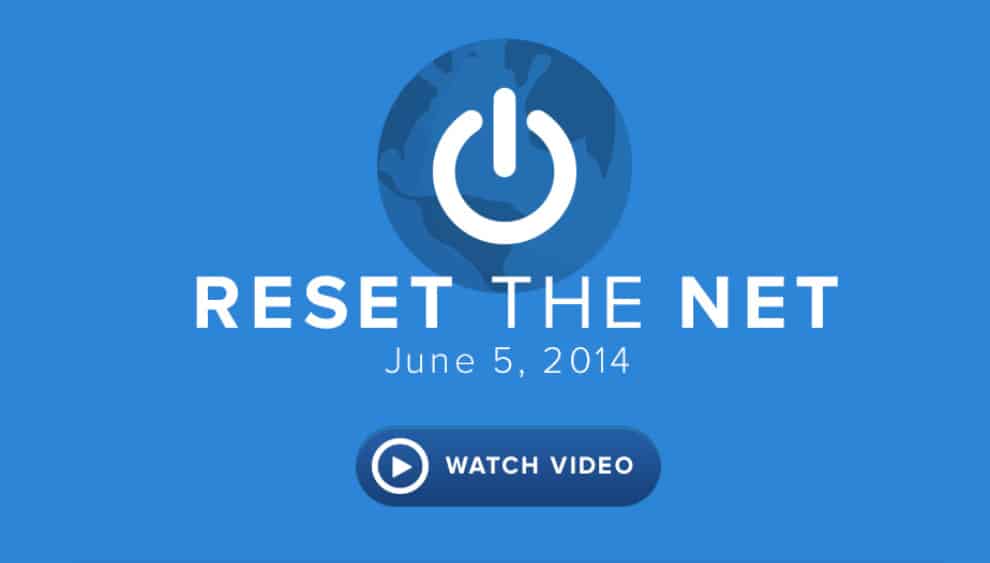 NEW YORK – It’s been a year since the first documents leaked by Edward Snowden began showing up in the Guardian and the Washington Post. The surveillance apparatus they described was so enormous that it took months for the country and the world to understand and process the implications of what was going on. In the meantime, the NSA and other government surveillance programs around the world have collected another year’s worth of data. But opponents of these agencies are fighting back.

This week tech companies, democracy advocates, and open-Internet activists joined forces for a Reset the Net campaign that emphasizes both personal privacy and open access to information on the Web. As part of the initiative, companies including Google, Mozilla, Yahoo, Twitter and Reddit are fundraising, educating and launching new security features and services. For example, this week Google announced a Chrome extension that will make it easier for average users to implement end-to-end encryption in their digital communications.

In the past year, activists have encouraged NSA reform like the USA Freedom Act (which passed the House in a neutered form last month), and many big tech companies have increasingly worked to offer privacy tools and be more transparent when the government mandates that they deliver user data during criminal investigations. Out of these and other efforts, activists have rallied behind two main ideas: that even someone who has “nothing to hide” has things to hide, and that bulk surveillance becomes extremely expensive, perhaps even prohibitively so, if a majority of citizens are encrypting their personal communications. Governments can always focus time and resources on targeted digital attacks to look at data and information about suspicious individuals, but widespread bulk collection becomes less cost-effective if there isn’t as much unencrypted data floating around.

In a statement released by his attorney for Reset the Net, Snowden said, “Today, we can begin the work of effectively shutting down the collection of our online communications, even if the US Congress fails to do the same. … We have the technology, and adopting encryption is the first effective step that everyone can take to end mass surveillance.”

Reset the Net is spreading personal privacy measures through its Privacy Pack, which gives a breakdown of the services users can easily install on their devices to protect their communications. You can look for the type of operating system you’re running on a given device and then go through vetted options for tools you can start using right away.

At the Personal Democracy Forum in New York City this week, Tiffiniy Cheng and Holmes Wilson of the Internet advocacy nonprofit Fight for the Future talked about strategies for fighting back. They ranged from targeted grassroots efforts, to broad political goals. And the No. 1 thing they and others advocated is getting people to download email clients, messaging apps, and file-sharing services that offer strong encryption. “Can we make mass surveillance too hard and expensive to be worth it?” Cheng asked. “The answer is hell yes.”

Snowden himself spoke later in the conference via Google Hangouts with John Perry Barlow, a co-founder of the Electronic Frontier Foundation. Snowden encouraged everyone to take advantage of encryption, something he has championed as a solid privacy protection all year, and argued that governments shouldn’t use technology in ways that violate citizen privacy, even though they have the technical ability to do so.

How To Brew Costa Rica Coffee with a French Press

In Costa Rica is Papaya the Ultimate Health Fruit?

Costa Rica approves bill that allows the cultivation of Cannabis