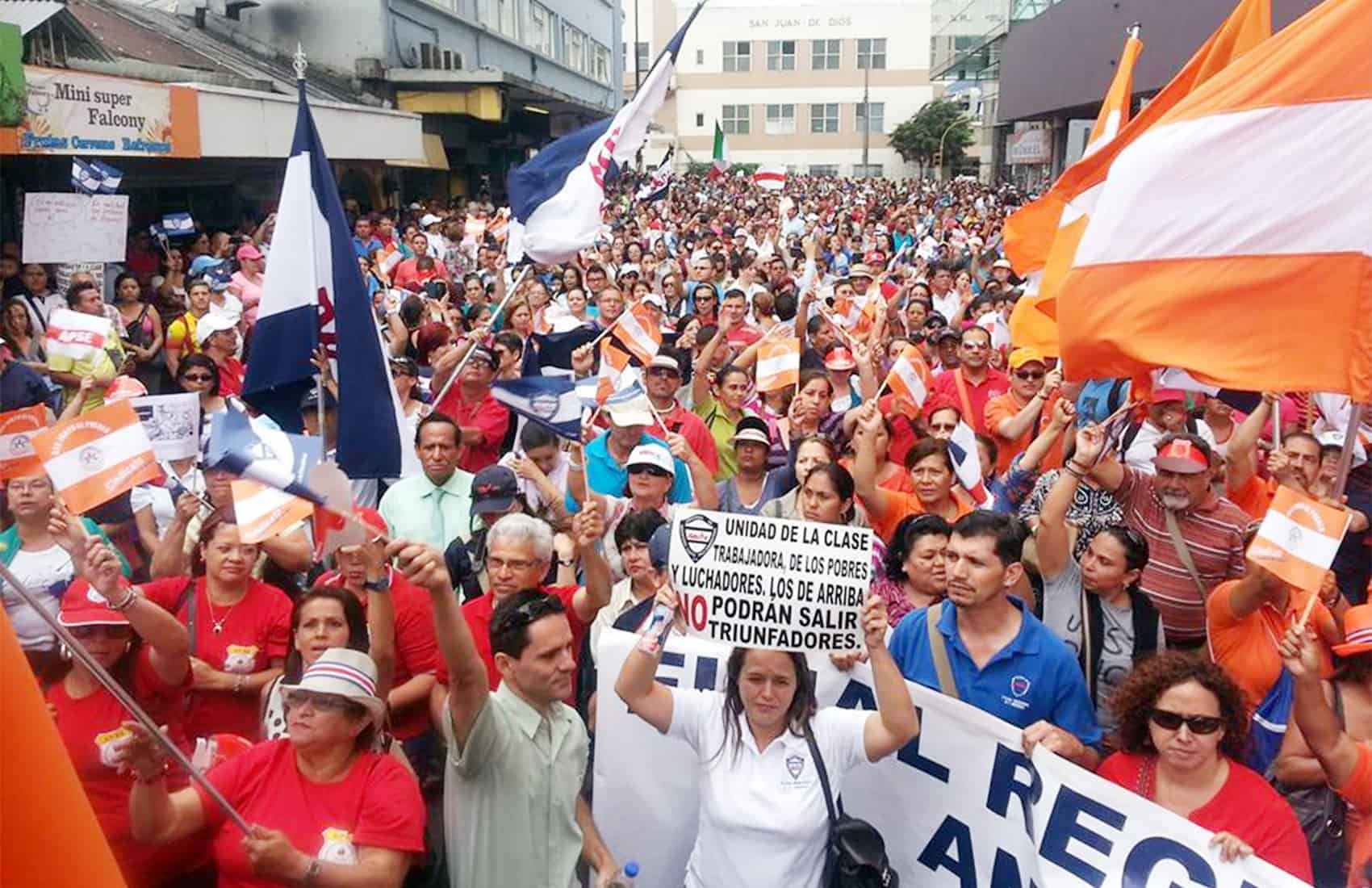 Hundreds of public teachers on Tuesday morning demonstrated in front of the Education Ministry in downtown San José. ((Courtesy of ANDE))

Leaders from public teachers’ unions in Costa Rica on Tuesday accused the Education Ministry (MEP) of failing to live up to a promise to deliver back pay Monday night, as reported by The Tico Times yesterday.

MEP officials had promised that the backlog of teachers’ pay would be resolved by 9 p.m last night.

Payments were supposed to have been made for April and the first half of May, but as of Tuesday morning, many teachers said they received only partial payments or nothing at all.

Union leaders met with Education Minister Sonia Marta Mora, who took office on May 8, but were unable to reach an agreement to suspend a nationwide strike that began on May 5.

Gilberth Cascante, president of the National Association of Educators, said the meeting was suspended after MEP failed to offer a specific proposal to resolve the backlog, which began for some teachers in February. Union leaders also said that MEP’s human resources department was unable to cite an exact figure of actual payments made ​​Monday night.

An estimated 7,000 education workers have been affected by a ministry problem transferring to a new electronic payments system, begun just weeks before a new presidential administration took office.

Unions agreed to meet again with government officials at 2 p.m. on Wednesday.

President Luis Guillermo Solís addressed the situation after his weekly Cabinet meeting on Tuesday — his first in Casa Presidencial since taking office last week — saying that as a former educator, he understands teachers’ frustration.

“I will commit all government’s efforts to resolve the technical and administrative problems at MEP,” he stated.  Solís also called on teachers to return to the classrooms.

“Education Minister Sonia Marta Mora and I are both educators, and we understand the difficult circumstances you’re going through. Funds to pay teachers exist, and we will make every effort to solve this situation as soon as possible,” the president said.

Mora said the ministry had resolved all but nine cases of 38 foreign teachers who did not get paid due to problems with personal information or identification documents.

“Funds to pay all [foreign teachers] exist, we just need to verify personal data in order to issue the payments,” Mora said.