AC/DC nixes break-up rumors, will rock on without lead guitarist 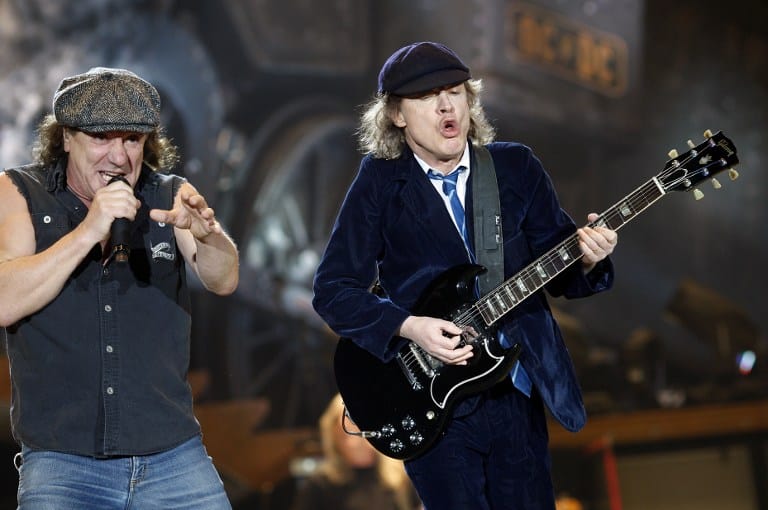 Brian Johnson (L) and Angus Young of legendary rock band AC/DC perform in the Netherlands in 2009. Could the band return for a 40th anniversary tour in 2014? (AFP)

Australia’s pre-eminent hard rock band AC/DC announced Thursday they will carry on making music without ailing guitarist Malcolm Young. The news keeps alive the rumor of a possible 40th anniversary tour that has some Ticos speculating about a Costa Rica tour stop.

“After 40 years of life dedicated to AC/DC, guitarist and founding member Malcolm Young is taking a break from the band due to ill health,” the group said on their website, without disclosing the nature of his illness.

“Malcolm would like to thank the group’s diehard legions of fans worldwide for their never-ending love and support.”

The statement added: “The band will continue to make music.”

Lead singer Brian Johnson told The Daily Telegraph that the reputed 40th anniversary tour, which would involve 40 shows in 40 venues, is not ruled out.

“That would be a wonderful way to say bye bye,” Johnson told the British publication. “We would love to do it. But it’s all up in the air at the moment.

Formed in Australia in 1973 by Malcolm and brother Angus Young, AC/DC is famed for rock anthems “Let There Be Rock”, “Whole Lotta Rosie” and “Highway to Hell”.

The band appealed for Young’s privacy to be respected and the website was full of comments and prayers for the guitarist and his family.

Reports in Australia said AC/DC, who have sold more than 200 million albums, would still keep a May date at a Vancouver recording studio.

The band is known for its blues-tinged rock, pounding sound and the raw vocals of Briton Brian Johnson, who took over when Bon Scott died after a night of heavy drinking in 1980.