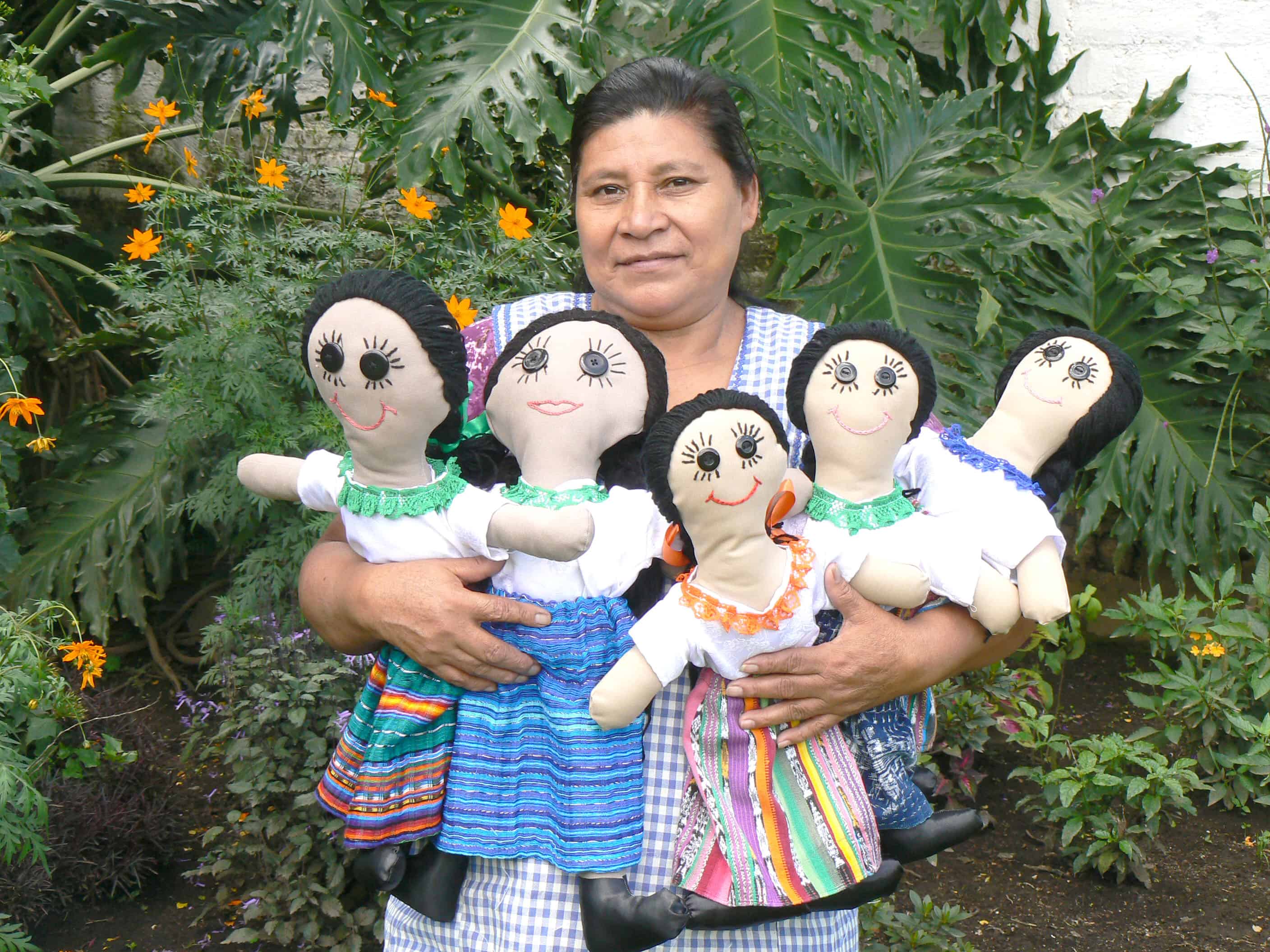 GUATEMALA CITY – When expat Catherine Humber helped out with a Christmas gift delivery in 2011 to a poor school in rural Guatemala she noticed there were many children for whom Santa didn’t come.

“That was the seed: to make sure those kids weren’t forgotten about again,” Humber said.

The Missouri-born artist started thinking about how she could cater to the deprived pueblo in a way that would be artisanal in nature and culturally sensitive.

Humber wanted the children to be able to relate to their gifts, so she began a project sewing indigenous-style dolls using tela típica (traditional Maya fabric) to clothe the figurines and members of a small local village to make them.

With her assistant, Rosa Gil, and two other helpers, Humber began drawing, cutting and sewing in April 2012. By the following December they had created 300 dolls for the girls of a school in El Hato, just outside of La Antigua.

With the project now in its second year, the women say they have perfected their indigenous doll design, although the first couple of weeks were challenging.

“Neither of us knew what we were doing, so everything was trial and error. I actually failed the sewing portion of Home Economics in school, and here I am trying to make patterns for little blouses,” she said.

“There was a lot of laughter at first, but we have it down to a science now. The first doll we made was horrible and looked like an alien, so I call her Lady Gaga. We keep her in the workshop to remind us of how far we’ve come,” added Humber, who moved to Guatemala in 2011.

Using materials such as ribbon, lace, buttons, wool, cloth and embroidery thread, the women made the first batch of dolls 22 inches tall, before scaling down their creations so that the project would be more financially sustainable. On average they make 30 dolls a month and are now preparing to distribute the second batch in March.

Resources are limited in their casita-cum-workshop, which consists of just one sewing machine, plenty of newspapers to make patterns, a couple of tables for cutting and bags of dolls covering other available space. But the women say being low-tech is better because it forces them to be more creative.

“I am learning almost everything: to cut, to sew on the machine, to make patterns, to plan and to keep improving,” Rosa Gil said.

As well as employing only local workers, the project’s materials are sourced from local suppliers, including one woman who provides elastic from her closet-sized, unlit tiendita in San Pedro Las Huertas, just south of Antigua.

Humber says that support from the local community has been remarkable: “Word travels fast on the coffee-bean grapevine, so I occasionally have little groups of women who will stop by, excited to see what we’re doing and eager to recruit themselves.”

Humber is also planning to make toys for the boys of El Hato, which will be distributed alongside the dolls.

“Rosa and I are currently negotiating with a local craftsman to make cup-and-ball games, trompos [tops with strings] and wooden cars and trucks, again, keeping in mind the culture, the environment and helping the local economy,” Humber said.

Eventually, Humber plans to hold small-business workshops for the local community, and she says the most important thing is to give her employees the skills they need to start their own businesses, hire their own workforce and keep the project moving forward.