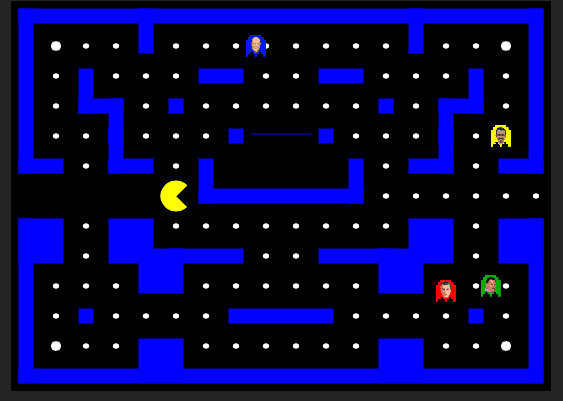 Who knew campaigning could be this much fun? It probably won’t boost Luis Guillermo Solís’ into Casa Presidencial, but this new interpretation of Pac-Man makes for an excellent time-waster.

The Citizen Action Party, or PAC, got a publicity boost when supporter and designer Jorge Guntanis created a video game emulator based on the arcade classic Pac-Man. (Get it?)

Players control the gluttonous yellow character as he chomps down on dots and after ghosts who wear the faces of his political rivals. The video game icon is outlined in red so “PACMAN’s” pie-shaped body represents the party’s colors of red and yellow.

The game’s recognizable “waka waka” sound effect can be enjoyed in the emulator. However many of the other bells and whistles associated with the Pac-Man arcade games are missing in this version (though the emulator seems to be receiving frequent updates). Each stage is the same, although the ghost candidates do move progressively faster. And why can’t I earn bonus points by eating random cherries and pretzels? Major oversight.

If you get tired of trying to beat the high score, the emulator also links players to the candidate’s platform and campaign website.

The idea of gobbling up the competition must be cathartic for the candidate’s supporters, considering his poor results in the polls. A poll released Tuesday night from the University of Costa Rica’s Center for Research and Policy Studies (CIEP) showed Solís’ best performance to date, but the PAC man remained below 10 percent. Two other recent polls from CID-Gallup and Unimer put Solís with only 7 percent and 5.5 percent of likely voters, respectively.

The image of Solís chasing after his opponents, however, might end up hitting a little too close to home for some PAC voters. 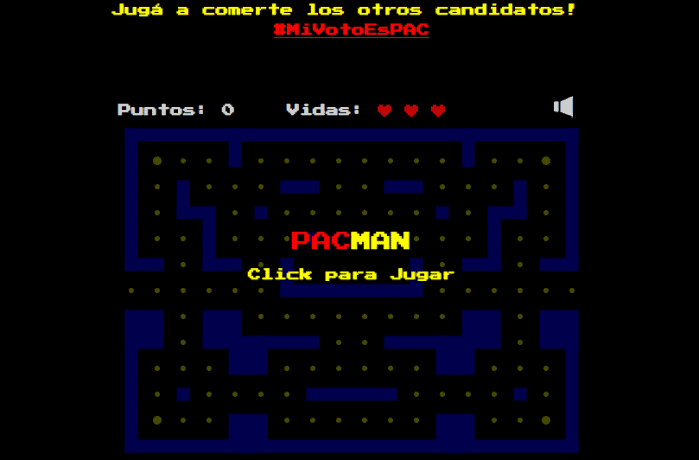