Costa Rica ranked fourth among the top 10 destinations in the world to retire, according to the latest report by International Living magazine.

Each year, the magazine publishes a “Global Retirement Index” to guide retirees looking to become expats.

It also includes opinions from magazine correspondents and expats from around the world.

This year’s ranking states that Costa Rica’s “legacy of year-round warm weather, as well as longtime political stability and public safety” earn the country a ranking in the top 10.

The publication also highlights the country’s health care system and states that Costa Rica “is still going strong because the country continues to tick the boxes of those looking for their place in the sun. Plus, because of its long history as an expat haven, it’s easier than ever to start a new chapter in your life.” 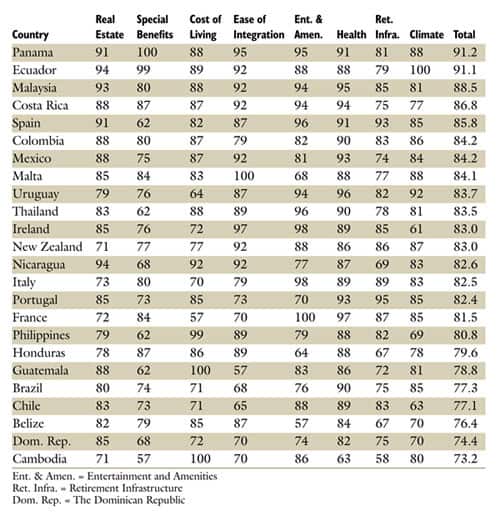