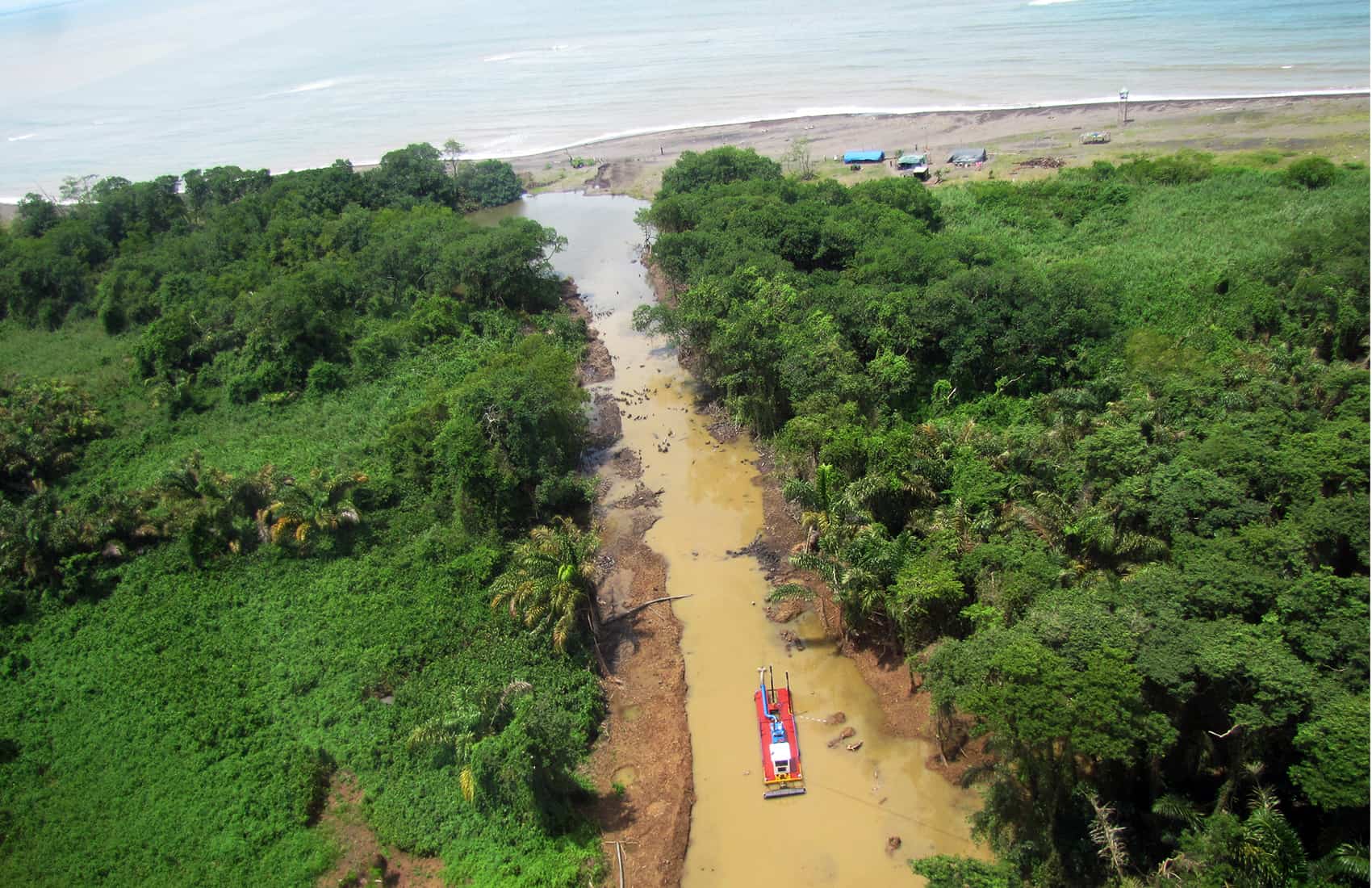 Costa Rica submitted an 890-page document with evidence and technical information about the costs of the damage caused by the Nicaraguan army. ((Courtesy of Casa Presidencial))

Costa Rica submitted a document on Monday to the International Court of Justice at The Hague that lay out the arguments underpinning the $6.7 million bill the country sent to Nicaragua.

The hefty payment is meant to compensate Costa Rica for environmental damage caused to a small protected wetland along its border area.

Foreign Minister Manuel González Sánz said in a news release that the 890-page document includes extensive evidence and technical information about damage: among them, an environmental damage assessment conducted by the San José-based Fundación Neotrópica, a non-governmental conservation organization.

“This is the result of extremely serious and rigorous work to properly document  all damage caused by Nicaragua’s military occupation of our territory,” González said.

Costa Rican Ambassador to the Netherlands Sergio Ugalde said the country complied with the April 3 deadline set by the court for Costa Rica to present its damage report of the protected wetland, known here as Isla Calero.

The Hague court ruled in favor of Costa Rica in December 2015 in a legal dispute for a 2.5-square-kilometer territory that both countries claimed as their own.

Justices ruled that Nicaragua had violated Costa Rica’s sovereignty when it dredged artificial canals through Isla Calero and destroyed primary forests. The ruling also gave the countries one year to agree on a compensation figure.

Costa Rica presented its calculation, $6.7 million, in June 2016. Nicaragua did not respond, and the court’s deadline expired in December. The administration of President Luis Guillermo Solís then gave Nicaragua an additional month to respond, but Managua never did so.

“Nicaragua did not respond, so we interpret that silence as a negative response, despite recent statements by the president of that country saying he intended to pay,” Minister González said in January.

Managua has since contested the $6.7 million figure, saying is exaggerated. This prompted Costa Rica to submit yesterday’s detailed technical explanation of the amount requested.

Nicaragua will have until June 2 to submit a response. Justices then will issue a final ruling on the compensation figure and on a deadline to make the payment.

Both countries had previously agreed to abide by the court’s decisions.

Below is a timeline of events in the Costa Rica–Nicaragua border dispute: