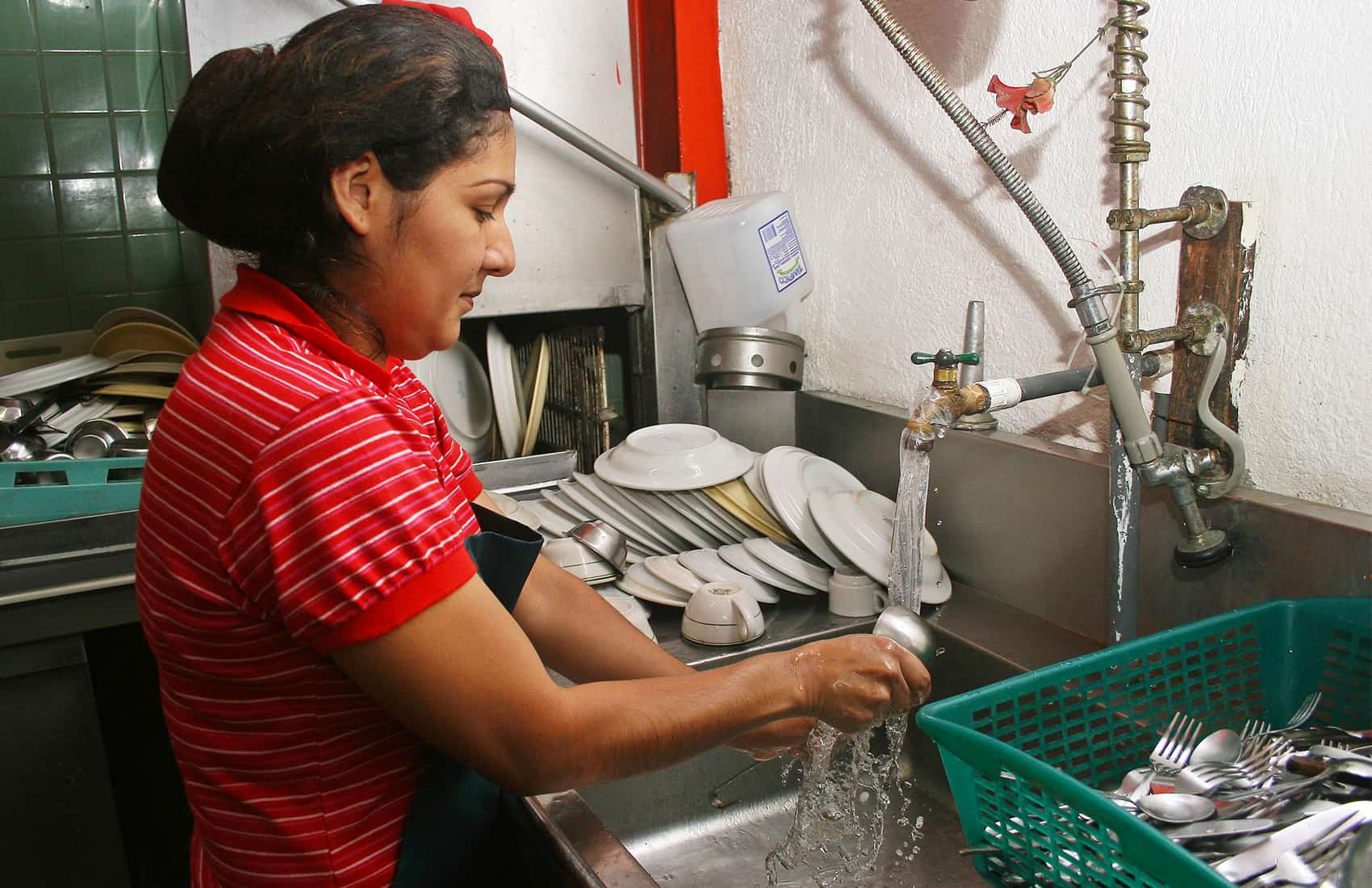 Households in areas slated for the most severe rationing measures could have their water cut for more than 12 hours per day. (Ronald Reyes/The Tico Times)

More than 200,000 residents of Costa Rica’s Greater Metropolitan Area will face daily water rationing in periods ranging from 6-12 hours at a time during the coming months, the Water and Sewer Institute (AyA) reported.

AyA said in a news release that it will soon disclose the exact dates for the launch of its rationing plan, but it likely will be enforced between March and July. AyA estimates are that aquifers will reach their lowest levels in April.

The agency says rationing is necessary because rainfall levels in the past rainy season were lower than expected in most of the Greater Metropolitan Area (GAM). The region includes cantons in the provinces of Cartago, San José, Heredia and Alajuela. It is also the most densely populated area of Costa Rica.

AyA will enforce scheduled rationings on three levels —high, medium and low— depending on the severity of the water deficit. Households in areas slated for high rationing could have their water cut for more than 12 hours per day.

Communities in areas slated for medium rationing could be without water from 6 to 12 hours per day.

Astorga said that estimates from AyA are that some 896,000 GAM residents will not face any problems with rationing.

AyA Executive President Yamileth Astorga said there are various reasons for the water shortage, the most significant being that high temperatures recorded in the current dry season reduced water levels at aquifers that supply GAM aqueducts.

She said that the AyA had expected precipitation levels in the past rainy season to increase, compared to previous years.

“But that didn’t occur,” she said. Rainfall levels last year were on average 20 percent lower than expected, according to the AyA.

Other reasons for the shortage are the proliferation of illegal wells and the rapid expansion of the urban area. The growth in construction of housing and commercial projects is waterproofing soils, Astorga said.

She noted that water shortages are already affecting residents in various parts of the country, mainly in the Pacific provinces of Guanacaste and Puntarenas. She said they are already addressing the situation and in the past months AyA staff drilled 43 wells in both provinces.

She asked the general population to help reduce the need for rationing by implementing water-saving measures. Among them she cited: