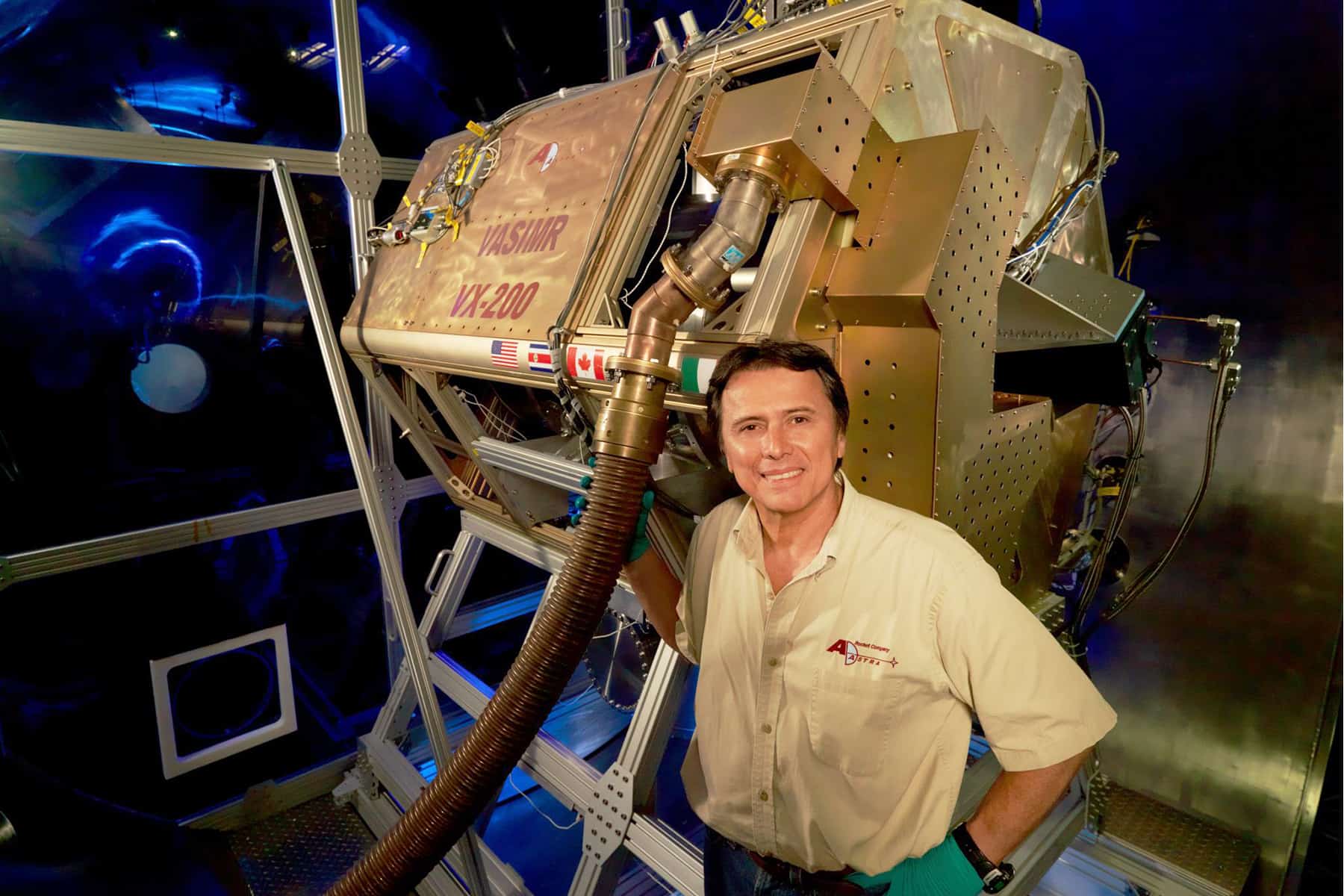 Chang’s hi-tech company will be part of a consortium led by Orbital ATK in a five-year $50 million contract for NASA’s Research and Technology for Aerospace Propulsion Systems. Ad Astra’s piece of the contract draws on the company’s expertise in electronic propulsion system, specifically research and development of thrusters and thruster components, the company said in a press release Tuesday.

The Houston-based company, which also has research facilities in Liberia, Guanacaste, is participating in three of the six elements of the NASA’s space propulsion project, including propulsion system design and trade studies, electric propulsion and advanced propulsion systems.

“We are proud to be a part of the Orbital ATK team. We look forward to contributing our skills and expertise to help advance the technology readiness of electric and advanced propulsion systems,” Chang said.

The contract is the second between Ad Astra and NASA this year. Chang’s company signed a $9 million contract with NASA in August to move its VASIMR plasma engine into the testing phase. The contract will focus on long duration tests of the VASIMR engine for periods of up to 100 hours.

The good news for Ad Astra continued Tuesday as the company reported an increase in its share price from $6 to $8 on the Costa Rican stock market.

“The increase [in share price] is mainly due to developments in the financial support that the company has achieved,” Chang explained after signing the update at the Costa Rican exchange.

The technology developed for the VASIMR engine will be on display soon in director Ridley Scott’s new movie “The Martian,” based on the novel by U.S. author Andy Weir.