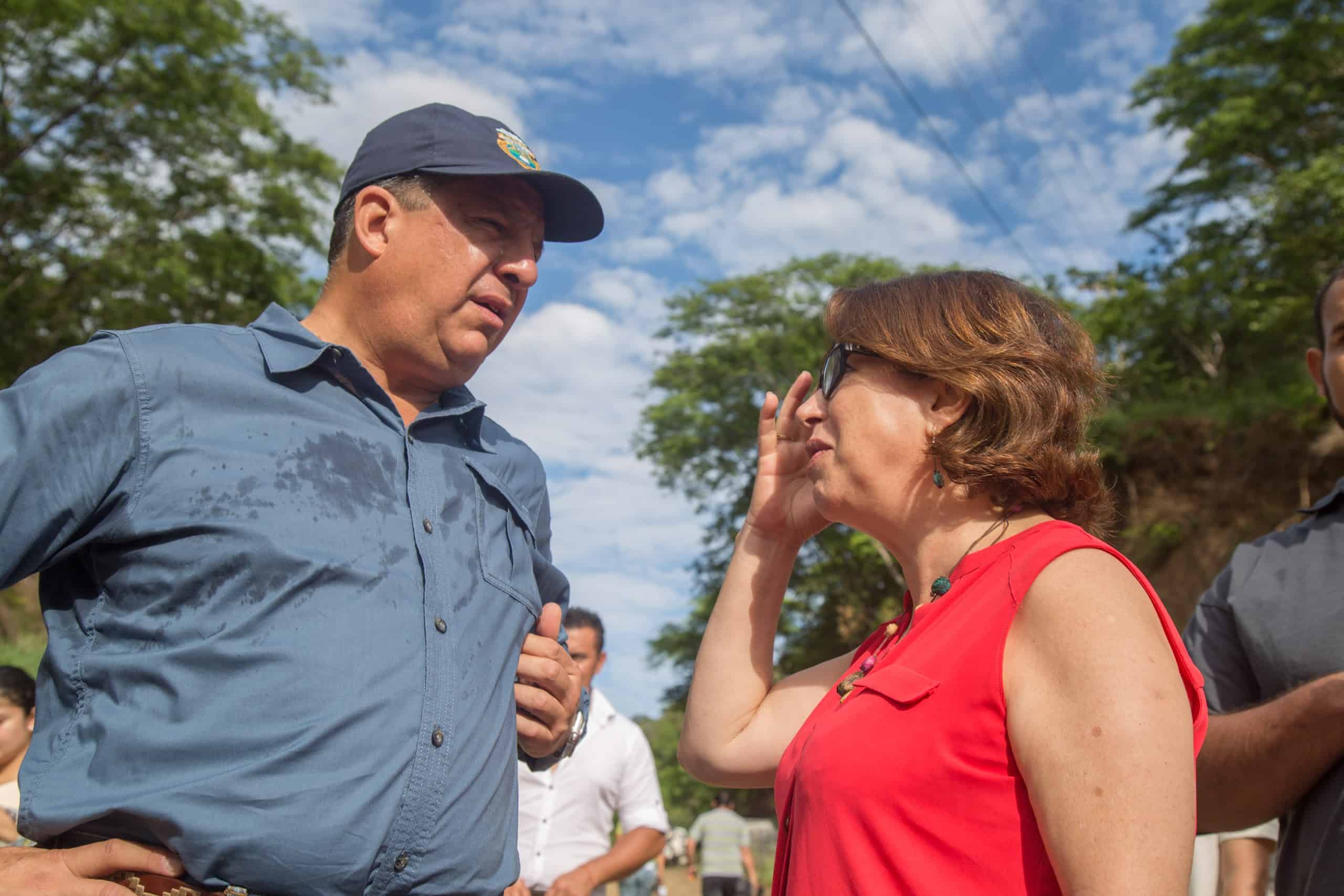 NICOYA, Guanacaste – Tents and stalls lined the streets around Nicoya’s central plaza Friday as locals and tourists relished the respite from the day’s hot sun to listen to marimba music, dance to cumbia and watch their kids squeal in a bouncy house on the eve of the celebration the 191st anniversary of the Annexation of Nicoya, the pact that bound current day Guanacaste to Costa Rica in 1824.

Friday evening was festive but Saturday promised protests over the government’s management of the worst drought and flooding in more than 75 years, according to the National Meteorological Institute. President Luis Guillermo Solís has been traveling across Guanacaste all week to sell his administration’s response to the the northwestern province’s chronic poverty and recent crises of drought and poor water management leading up to his speech here Saturday afternoon.

Critics have accused the government of a slow response to the drought that has hurt cattle ranchers and farmers as well as exacerbated conflicts between consumers and large-scale tourist developments on the peninsula. Solís has been traveling since Tuesday to head off critics by announcing a series of actions tailored to address a bevy of complaints in the province from water, education, road infrastructure and poverty.

Water issues dominated the president’s agenda this week. On Friday afternoon, the Environment Ministry (MINAE) announced a $4 million investment in a program it claimed would ensure “long term, sustainable water security” to Guanacaste and the northern Pacific region of Costa Rica.

The press release from MINAE said that the severity of the drought was to blame but also scant investment and planning for water resources in the northwest. The State of the Nation report agreed. In 2014, the report said that the majority of Costa Rica’s fresh water sources don’t have sustainability, population growth estimates or climate change vulnerability studies. Earlier this week, President Luis Guillermo Solís traveled to promote several local projects in Guanacaste, including the expansion of a water canal from Cañas to Abangares. (Via Facebook)

The 12 projects set to take place in the short, medium and long term aim to ensure the human right to water, sustainable use of water and protection of ecosystems. The projects include new construction and improvements to aqueducts across Nicoya, Bagaces, Cóbano, Santa Teresa and Mal País, and Papagayo Sur, among others. A new real-time water monitoring system announced earlier this week was included in the list of projects as part of the $4 million price tag.

On Friday, the government announced roughly $9.4 million in financing for farmers affected by drought and flooding. Solís also announced a $16 million plan to expand an irrigation canal to 33 kilometers that would bring water to 8,800 hectares of land by 2016 on Wednesday, as well as a new water storage facility in Liberia.

Costa Rica has been pummeled by a string of natural disasters during the last two months. Heavy flooding in the Caribbean in late June forced the Solís administration to declare a national emergency.

Tourism and agriculture protesters are expected to show up Saturday morning to voice their concerns over the economic and social impacts of water scarcity. The head count Saturday will be a good indicator if the government’s offers will be enough to placate the protesters.