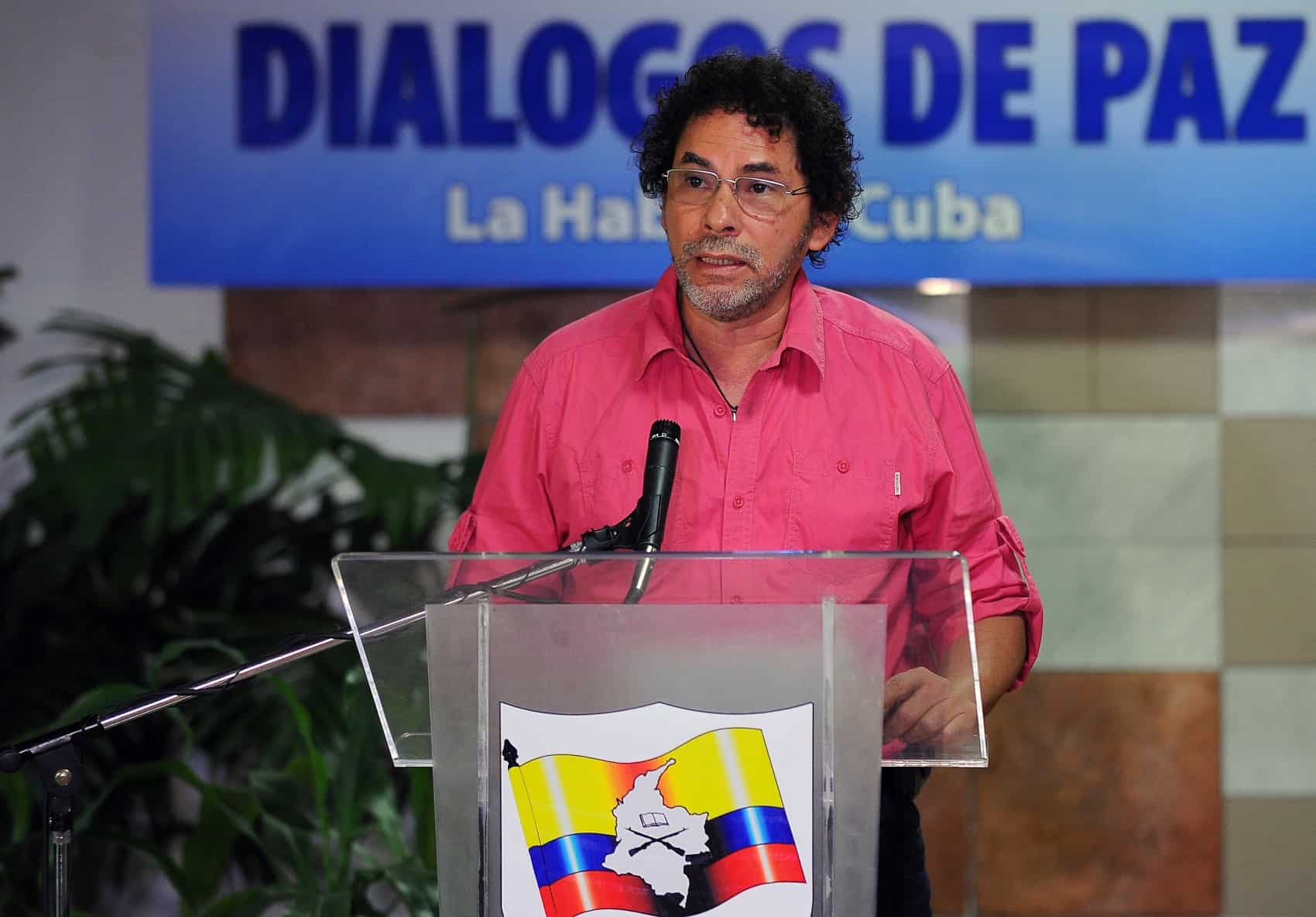 Revolutionary Armed Forces of Colombia (FARC) commander Pastor Alape reads a statement at the Convention Palace in Havana during the peace talks with the Colombian government, on July 3, 2015. (Yamil Lage/AFP)

The move marks a significant step in peace talks between the two sides that began in November 2012 but have been hampered in recent months by an uptick in violence.

“The national government, from July 20, will launch a process of de-escalation of military action, in response to the suspension of offensive actions by the FARC,” said a joint statement read by Cuban and Norwegian diplomats, who have been mediating the talks.

On July 8, the Revolutionary Armed Forces of Colombia (FARC) said they would observe a one-month unilateral ceasefire.

Cuba and Norway are acting as so-called “guarantor” countries in the peace talks. Chile and Venezuela are “escort” countries. All four had called for an urgent de-escalation of the violence.

Colombia’s civil strife dates back to 1964 and has drawn in left-wing guerrillas, right-wing paramilitaries and drug gangs, killing more than 220,000 people and uprooting as many as six million.

FARC rebels had been observing a unilateral ceasefire since December, and it led to relative calm.

But clashes resumed in mid-April, following an ambush by the rebels that left 11 soldiers dead. Each side blames the other for the escalation. The FARC ended their truce in May.

During that truce, the fighters claim that government forces stepped up attacks on rebel camps.

Since that truce ended, about 30 rebels have been killed in army operations and recent surveys show the public is increasingly wary about the peace process.