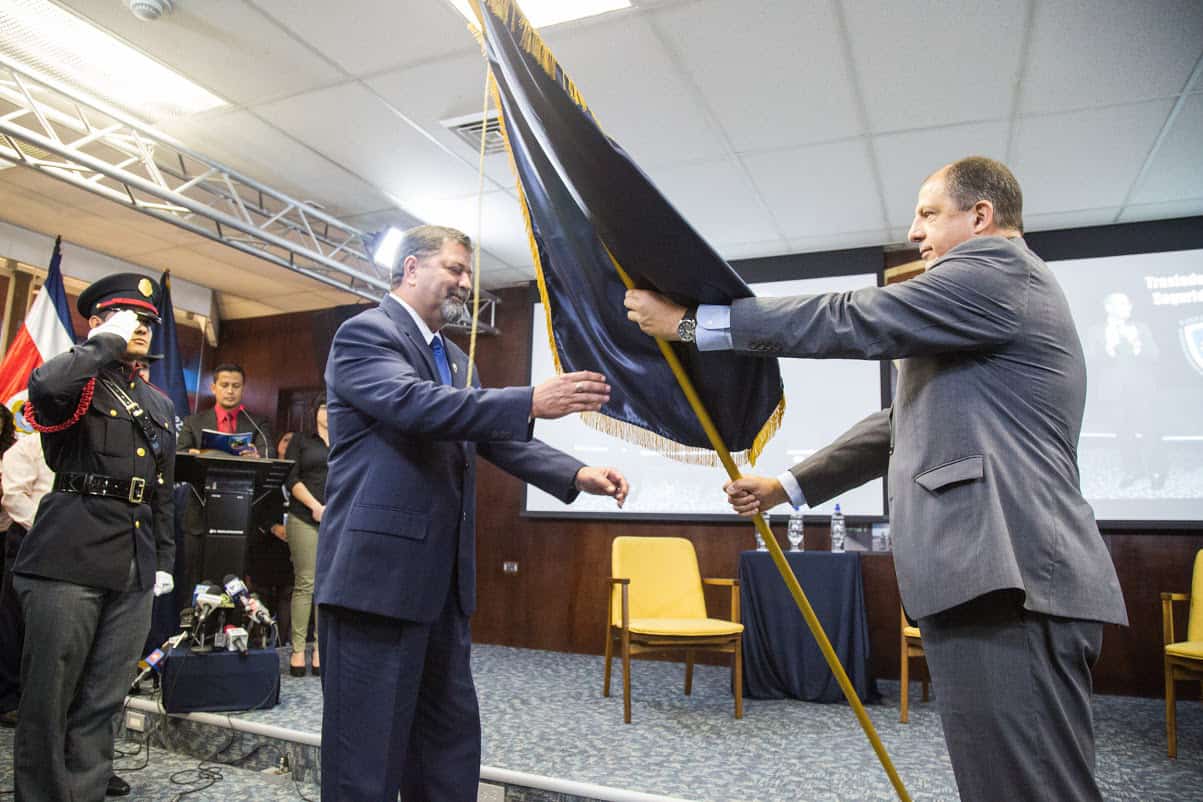 Gamboa said he is leaving the ministry to work at the Prosecutor’s Office as a deputy prosecutor. He severed in various Public Security Ministry offices in the last four years, including vice minister and chief of the Costa Rican intelligence agency under former President Laura Chinchilla (2010-2014), before Solís named him minister in May 2014.

Mata, 51, said his administration would focus on crimes that affect people’s daily lives, such as assaults, robberies and homicides, and targeting international drug traffickers with the assistance of the United States and Colombia.

The newly named minister from Turrialba, Cartago, said he would send letters to the OIJ, the courts and the Prosecutor’s Office to see how the National Police and the rest of the ministry could better coordinate efforts.

Mata is a lawyer and alumnus of the U.S. Federal Bureau of Investigation’s academy in Quantico, Virginia, and received training at London’s Scotland Yard, as well as in Spain, Panama and Colombia.