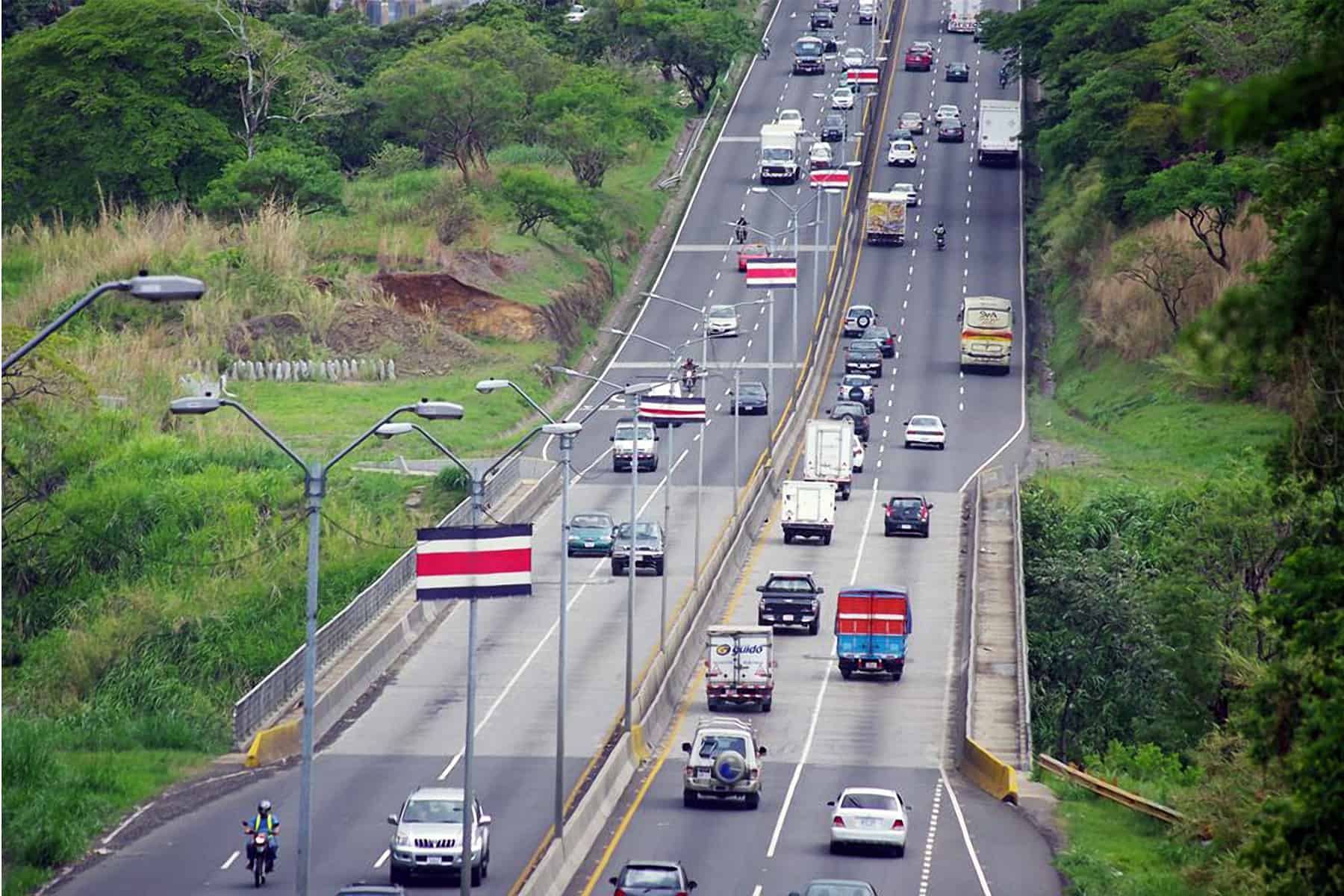 The highway will be expanded to eight lanes from San José to the Juan Santamaría International Airport. ((Courtesy of MOPT))

Just hours after President Luis Guillermo Solís stalled 19 bills to prioritize the passage of one, lawmakers on Tuesday evening approved a bill that authorizes reconstruction of a highway between San José and San Ramón.

A majority of 47 legislators approved in a first round of voting Bill #18,887, which authorizes the creation of a trust funded by public agencies and banks to generate the estimated $473 million cost of the project.

The public advocacy group Foro de Occidente had proposed to lawmakers in the Assembly’s Economic Affairs Commission an initiative that would obtain financial resources from reserves, profits or surpluses generated by state agencies – including public banks, the National Insurance Institute and pension operators.

Construction of the highway is estimated to last four years and generate toll income at a rate of ₡3,500 ($6.50) per motorist for the full route.

In its first stage, the project would expand lanes. A second stage calls for the design and construction of new lanes.

If the bill is passed, the 57-kilometer highway will be widened to eight lanes from San José to the Juan Santamaría International Airport. From there to the crossing at Manolo’s in La Garita, the route will stretch to six lanes; from La Garita to San Ramón it will have four lanes.

The project includes construction of new bridges and repairs to existing ones and overpasses, and the building of four smaller roads to connect the highway to Sarchí, Naranjo and Río Segundo in Alajuela, as well as Heredia.

The Foro de Occidente submitted the project as an alternative to the original $524 million plan by Brazilian company OAS, which won the contract on a public bid.

OAS left the country last year after the government in 2013 terminated the contract under pressure from residents who were angry that rates at the proposed toll stations were too expensive. The government last year paid OAS $35 million in compensation for the cancelled concession.

To enter into force the bill must be approved in a second round of voting and then published in the official newspaper La Gaceta.