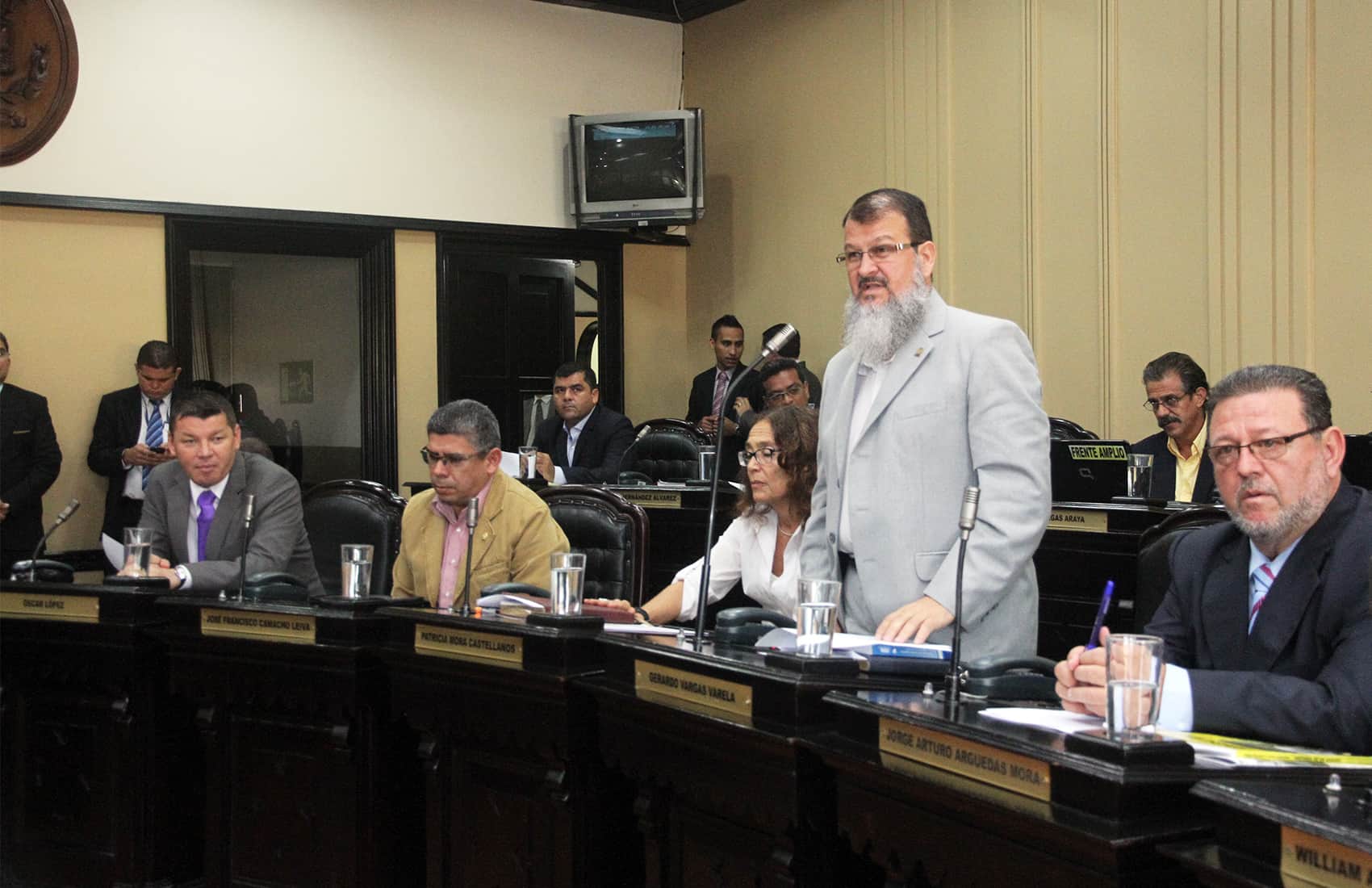 Costa Rican President Luis Guillermo Solís has won perhaps one of his biggest challenges to date, as lawmakers on Thursday struck down three separate proposals to slash the administration’s ₡7.9 trillion ($14.5 billion) budget proposal for 2015.

On Thursday evening, legislators engaged in a heated debate before voting against all three of the budget-reduction proposals. The most prominent of those, drafted by the Assembly’s Financial Affairs Commission, sought to reduce the Solís administration’s proposal by ₡97 billion ($178 million). It also would have allowed the government to defer for up to five years debt payments of ₡100 billion ($184 million).

Several lawmakers were absent during the voting. The first proposal received only 23 votes in favor – six shy of the 29 required for its approval. Among the “yes” votes were legislators from the National Liberation Party (PLN), the ruling Citizen Action Party’s Ottón Solís and Epsy Cambell, and the Christian Democratic Alliance’s Mario Redondo. A total of 25 lawmakers voted “no.”

At approximately 7 p.m., Assembly President Henry Mora closed the legislative session and announced that discussions would resume on Monday, with the original budget proposal submitted by the executive branch last September left intact. Costa Rica’s Constitution requires lawmakers to approve a national budget by Nov. 30 of each year.

The Broad Front Party’s top lawmaker, Gerardo Vargas, said he was pleased with the voting because “public agencies and popular sectors of the country will not be affected.”

The PLN’s Karla Prendas also lamented the commission’s work to reduce government spending during the past two months. The proposed cuts would have included public employee salaries, overtime, vacation pay, office rentals and external consulting, among others.