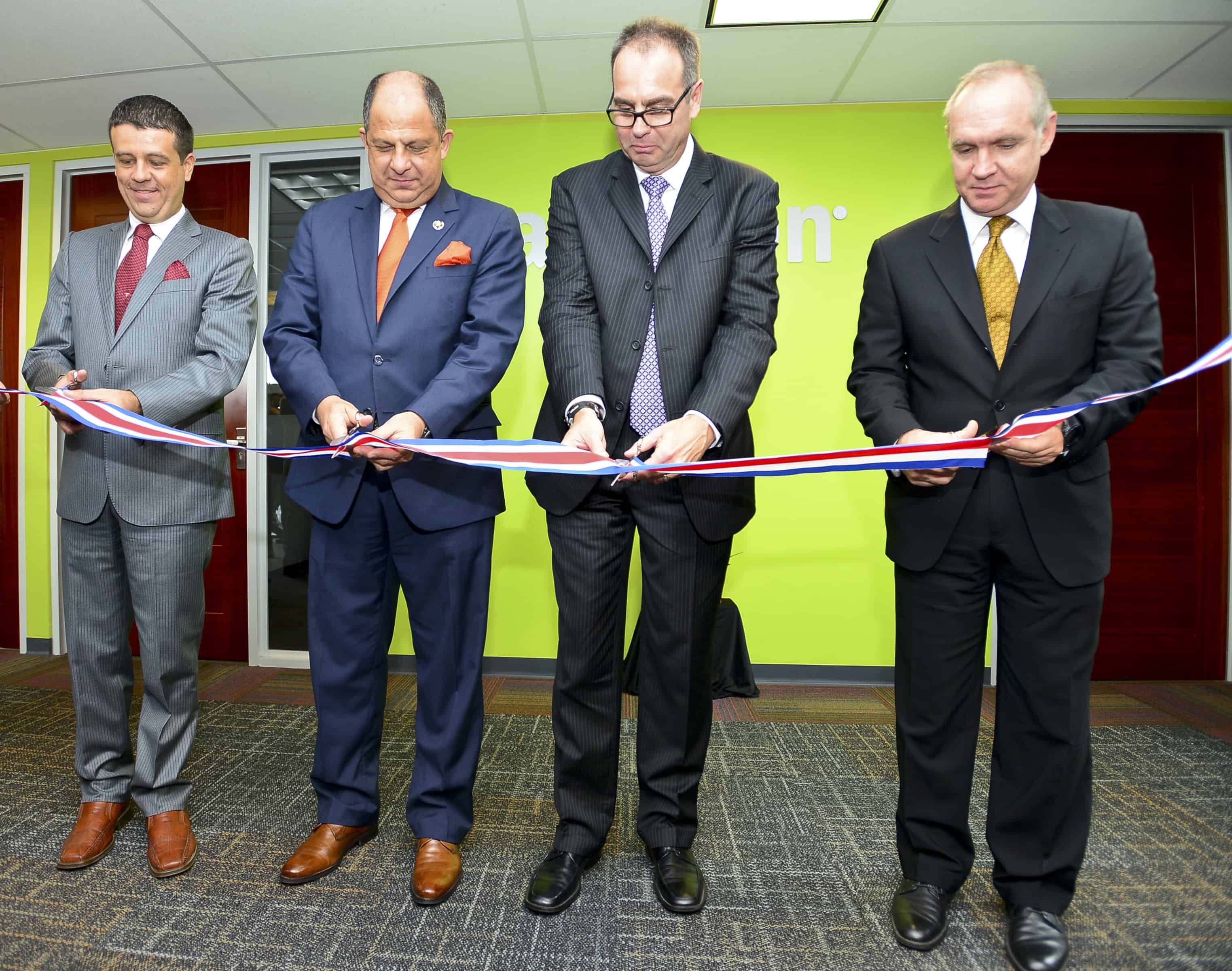 Amazon Support Services Costa Rica inaugurated its fourth call center this morning and announced that it will increase its Costa Rican personnel by nearly 50 percent by the end of 2014, hiring 1,000 new employees.

The new center will offer support for Amazon sellers and brings the company’s total investment in Costa Rica to $19 million. The Seattle, Washington-based Internet sales giant, which began online operations in 1995 and has since brought us one-click ordering, Kindle publishing, and more recently, delivery via drone, has been in Costa Rica since 2008 and now works from two campuses – one in Lagunilla de Heredia and the other in the northern San José district of Calle Blancos. In addition to increasing the number of jobs it offers here, Amazon has also diversified the nature of that employment, recently adding a team of Costa Rican software development engineers to its Client Service Center.

Site leader Christian Rodríguez said the new center will support not only global Amazon sellers, but also Costa Rica businesses of all sizes. The event highlighted a handful of such enterprises, including coffee cooperative Coopronaranjo, dairy giant Dos Pinos and handmade jewelry manufacturer Mebkikis. According to Rodríguez, Amazon offers these local businesses a way to expand their reach and sales.

President Luis Guillermo Solís, who helped cut the ribbon at the new center, highlighted the news as a testament to Costa Rica’s long-standing commitment to education – and took advantage of the opportunity to strike back at those who would drastically reduce the government’s budget. When funding for education is threatened, “you’ll find that I’m not a president who goes and hides,” he said.

Interested job applicants are encouraged to visit www.amazon.com/jobs or call 2562-9111 for more information.