One dead in latest Chile bombing 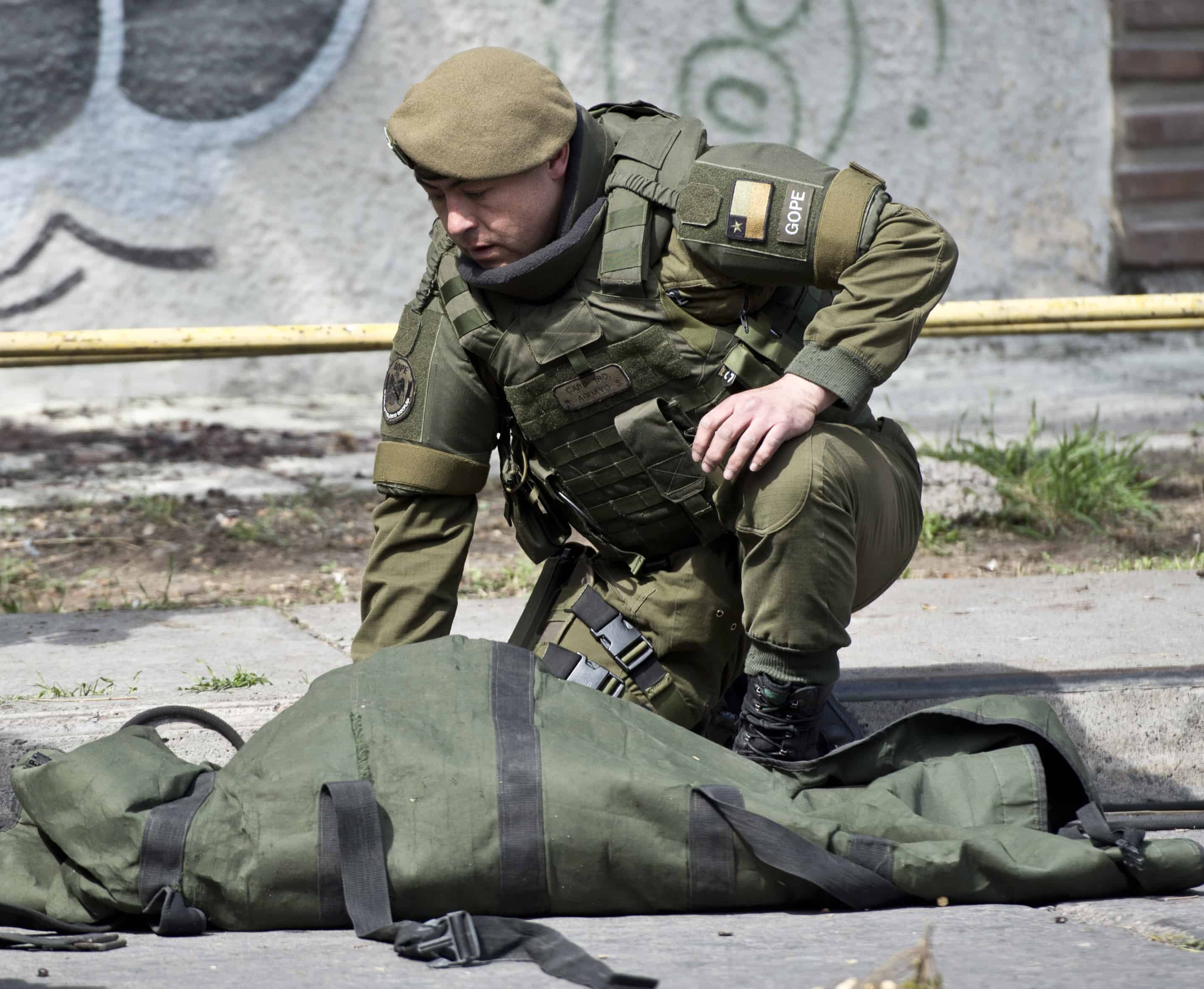 A Carabinero policeman from a bomb disposal unit looks for evidence on the site where an explosive device went off in downtown Santiago, on Sept. 25, 2014. (Martin Bernetti/AFP)

SANTIAGO, Chile – A Chilean man burned alive when a homemade bomb went off in Santiago early Thursday, law enforcement officials said, following the latest in a series of recent explosions.

The bomb shook the Yungay neighborhood near the center of the city, where horrified witnesses screamed for water as the victim collapsed in flames.

The dead man appears to have been handling the bomb when it went off, though it is unclear whether he placed it or was simply a passerby, local prosecutor Claudio Orellana said.

Doctors said he suffered burns on 40 percent of his body, lost his right hand and had his skull fractured in the explosion.

Police cordoned off the area, where no major damage was reported.

The bombing is the latest in a series of explosions that have left the South American country on edge, in the worst violence to hit the nation in a quarter century.

Three people were arrested last week in connection with the most destructive attack, a blast at a Santiago subway station that wounded 14 people on September 8.

“Chile remains a stable country,” she said. “None of this is going to change our fellow countrymen’s need to live in peace.”

Police are working to determine whether Thursday’s victim was linked to the three suspects arrested over the most recent subway explosion, alleged members of an underground anarchist group.

That bombing was claimed by a group calling itself the “Cells of Fire Conspiracy,” which said the attack was not meant to target civilians but the “structures of power.”

His family said in a statement he was a drug addict and had been living on the streets. They denied he was involved in any anarchist group.

“He is a victim,” said his brother Andrés.

Thursday’s bomb was different from those used in the subway attack and a pair of recent police station bombings, though it had “certain components” in common with them, prosecutor Orellana said.

Two of those arrested over the subway bombing have been jailed while the investigation is carried out. The third has been placed under house arrest.

The bombing spree has shaken Santiago, considered by many the safest capital in Latin America.

“These explosions are keeping people paranoid. We’re afraid to use the subway, now we’re afraid to walk in the street,” commuter Leonor González told AFP as she walked to work.

Officials said there have been some 200 unsolved bombings across the country over the past five years, targeting banks, gyms, embassies, restaurants and other public places.

In 2009, a 27-year-old man named Mauricio Morales with links to anarchist groups was killed while carrying a bomb that exploded.