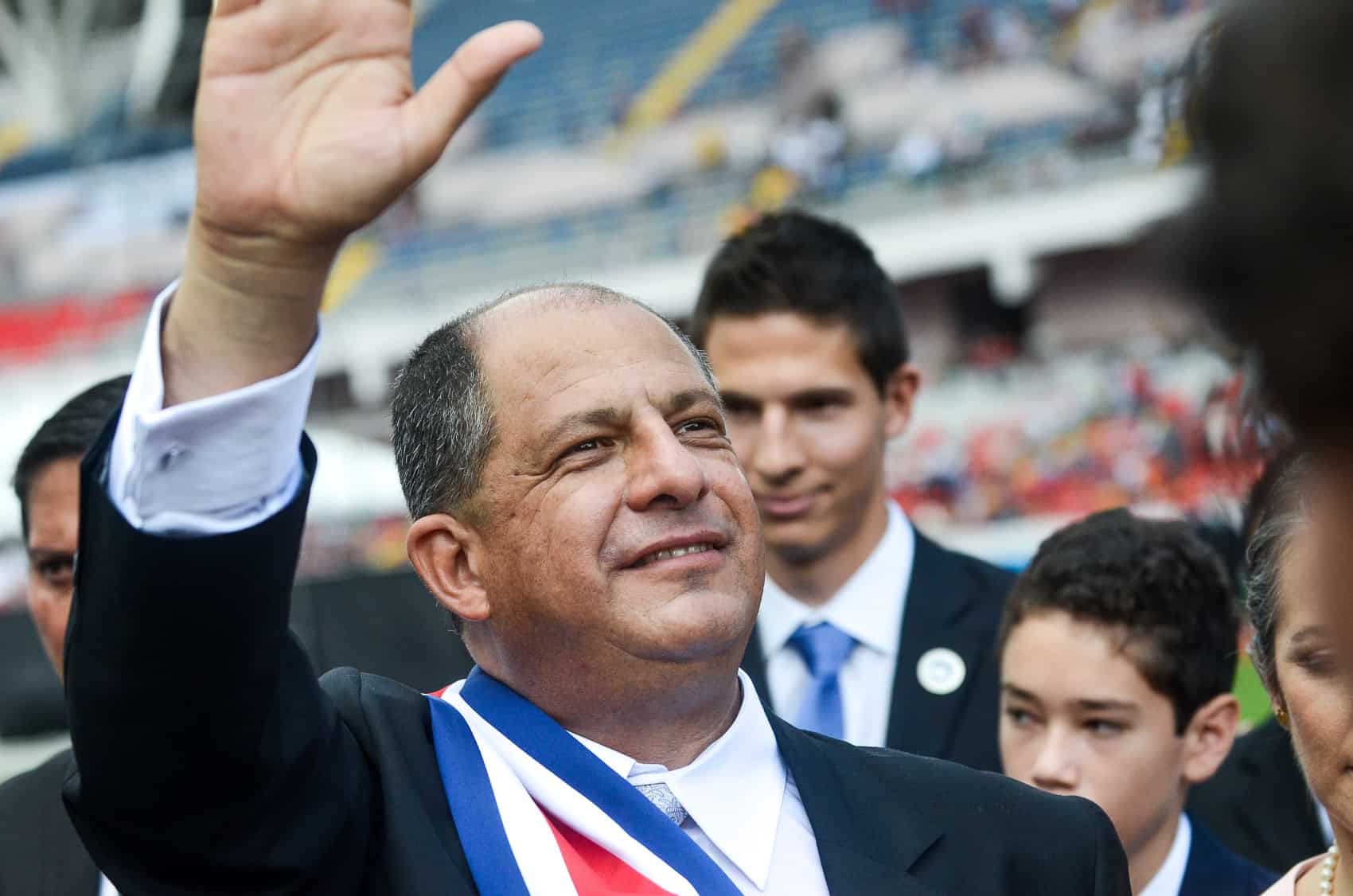 Costa Ricans earning big bucks abroad should take note. Addressing the nation from New York on Sunday evening, President Luis Guillermo Solís announced two new taxes to improve the country’s fiscal revenue, including a global income tax. The global income tax, a first of its kind here, would require Costa Ricans to pay taxes on income earned outside the country. Solís, without offering details, said that his government would send the bill to the Legislative Assembly in 2015. “It’s clear to me that my administration, the administration of change, will have the obligation to take steps that have not been taken in many years. This will not be easy nor achieved without making sacrifices,” Solís said.
The president also gave a timetable for when his administration would present a bill to create a value-added tax. The VAT would replace the current 13 percent sales tax while keeping the same rate. Spending on health care and education would be exempt. The bill will be presented to the Assembly before the end of 2014, he said.Solís said the VAT would improve tax revenues by an estimated $555 million annually. Solís added that the reform would make tax evasion more difficult. The government has previously reported that Costa Rica loses an estimated 13.8 percent of gross domestic product to tax evasion, outpacing tax collection at 13.1 percent of GDP in 2013.In August, the Solís administration presented a bill granting the government more tools to monitor and tax financial transactions, including a requirement that all businesses accept credit or debit cards as payment.
The president’s comments follow a downgrade in its sovereign debt rating to junk status, from Baa3 to Ba1, by the ratings agency Moody’s Investor Services.