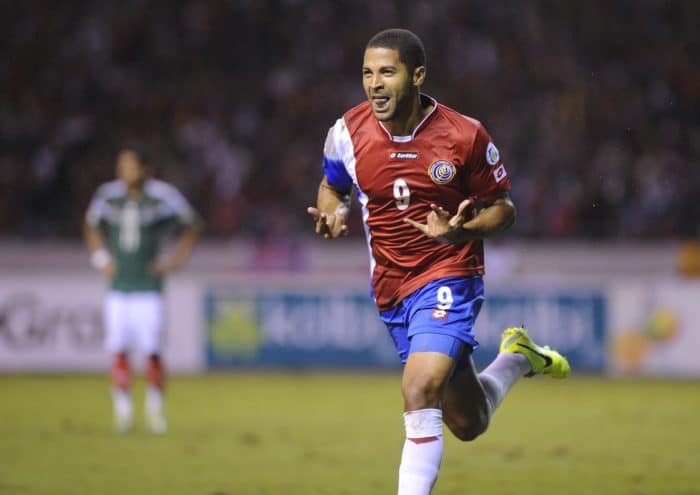 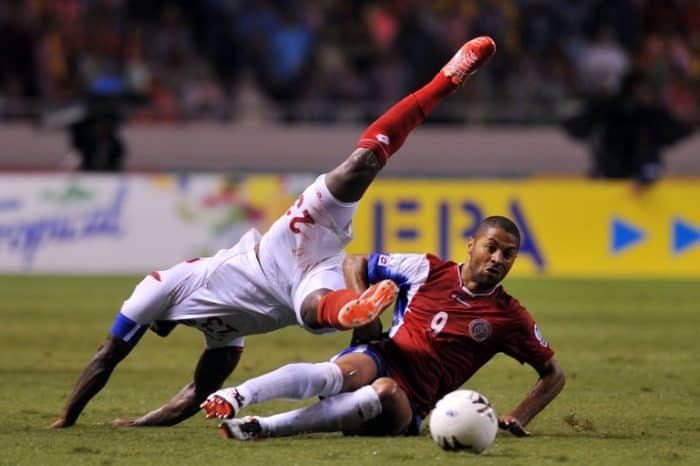 With Saborío out for World Cup, a broken-up Pinto says team must move forward 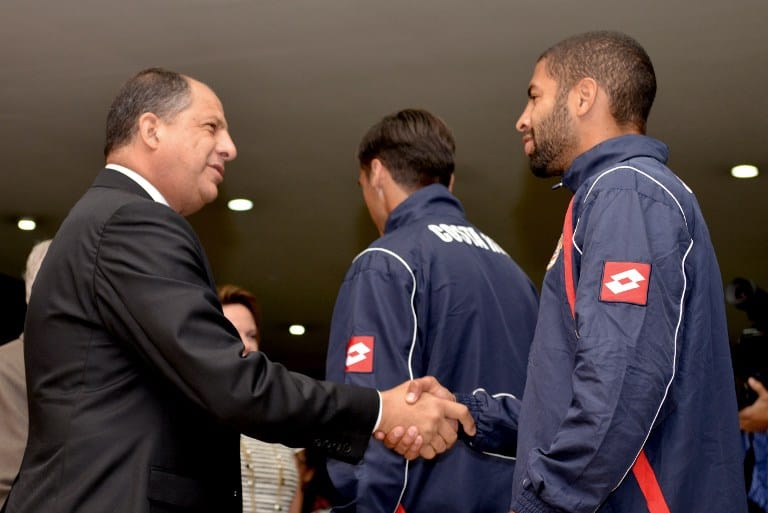 President of Costa Rica Luis Guillermo Solís, left, greets the La Sele player Alvaro Saborío, right, upon arrival Wednesday at Casa Presidencial in San José to attend a dinner hosted by the president for the team ahead of their friendly matches in the United States. (AFP / EZEQUIEL BECERRA)

Álvaro Saborío, the top scorer for Costa Rica during qualifying, is officially out of the World Cup. Saborío broke his fifth metatarsal on his right foot during Thursday morning’s practice. The injury was confirmed at a press conference by team doctors Alejandro Ramírez and Vladimir Badilla.

Badilla, the team’s orthopedist, explained that Saborío felt the injury while doing sprints during the practice. “It is not a serious injury, but it would require four to 12 weeks of recovery time,” he said.

Coach Jorge Luis Pinto said the group is shook up by the news. “I feel really sorry for him, he is an extraordinary man.” Pinto refused to disclose the name of the player who will take Saborío’s spot on the team but said it will be one of the players currently preparing for the Brazil tournament.

With the World Cup only two weeks away, the injury would be a huge blow for a Tico team that already lost another star earlier this month.

#RSL statement on Alvaro Saborio: "Looks like a broken 5th metatarsal. Our doctors are conferring with the Costa Rican federation's …"

#RSL Sabo statement.: "We have seen X-Ray, but discussions on course of treatment are ongoing, so no timetable is yet to be determined."

Saborío is the all-time leading scorer for Real Salt Lake, and last year he was named the MLS Latin Player of the Year. In international play, the forward scored a goal in the team’s most recent friendly against Paraguay in March, and he totaled eight during qualifying.

The 32-year-old forward had missed some practice time last week after flying to the U.S. to be with his wife, who was giving birth to the couple’s first child.

Earlier this month the team learned that elite defender Bryan Oviedo wouldn’t be joining the team in Brazil after failing to recover in time from a broken leg injury he suffered in late January while playing in England.

What makes Monteverde a must-stop on almost every birding tour of Costa Rica? To paraphrase the real estate experts: habitat,…