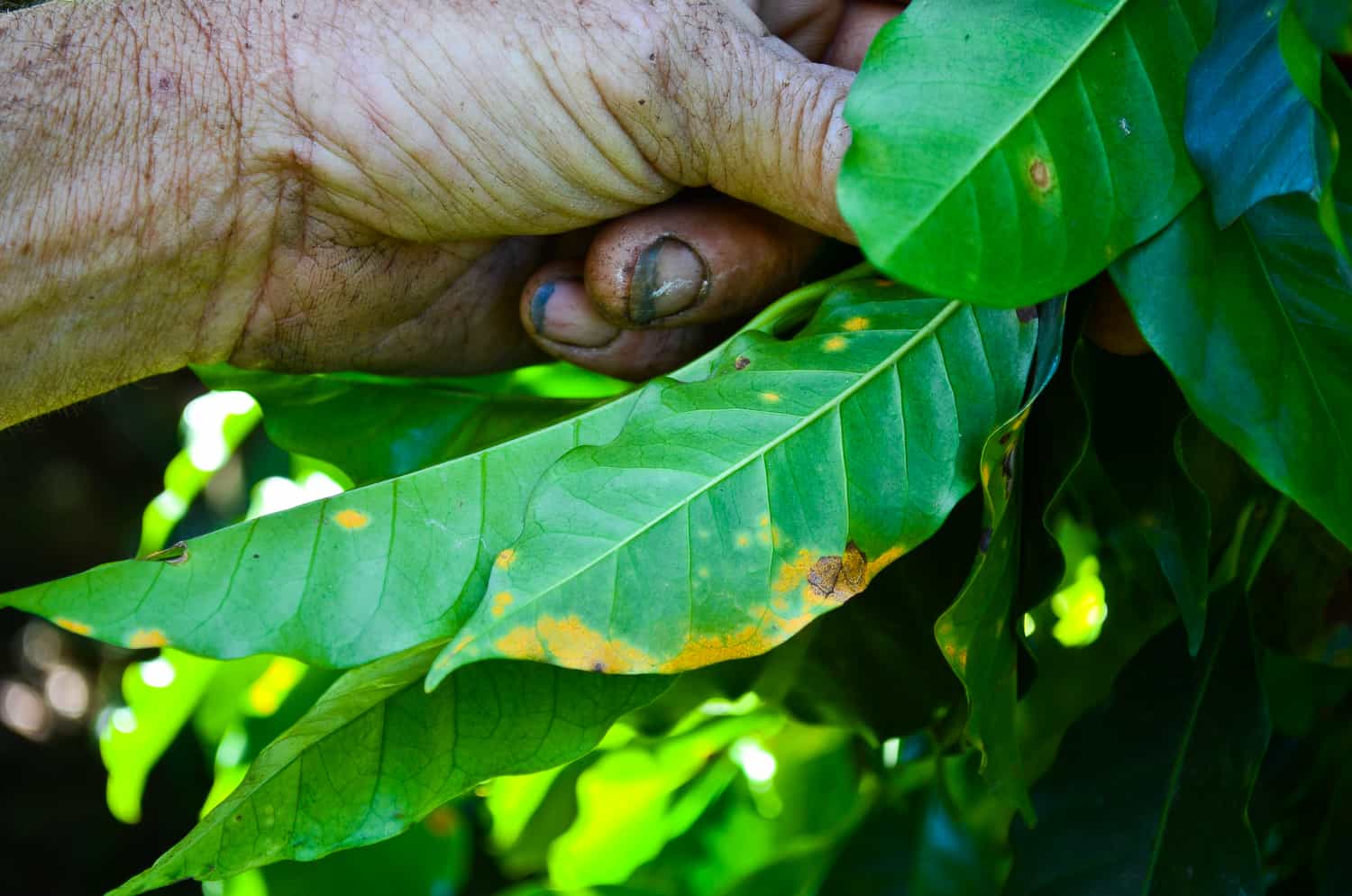 Central American countries have spent years battling the crippling coffee fungus known as roya or leaf rust. Now the U.S. Agency for International Development has decided to get involved in fighting the epidemic.

On Monday, USAID announced a $5 million partnership with Texas A&M University’s World Coffee Research (WCR) in the hopes of halting a fungus that has caused nearly $1 billion in economic damage to the region since the latest outbreak in 2012, according to the agency.

“Coffee rust threatens more than your morning coffee — it affects jobs, businesses and the security of millions across the Americas,” said USAID’s Associate Administrator Mark Feierstein in a statement.

“We must tackle this outbreak to ensure farmers and laborers have stable incomes, don’t start growing illicit crops or be forced to migrate because they can no longer support their families,” Feierstein added.

Climate change is considered one of the causes of the recent outbreak, which has devastated Central America. By 2050, Costa Rica, El Salvador and Nicaragua could lose more than 40 percent of their land suitable for planting arabica, considered a superior bean to the hardier but less refined robusta species, according to a policy memo from the Costa Rican-based International Center for Tropical Agriculture.

USAID estimated that as many as 500,000 jobs in the isthmus could be lost if the crisis is not curbed.

WCR Executive Director Tim Schilling told The Tico Times last November that the coffee industry in the developed world had donated millions of dollars for research through the regional coffee organization Promocafe to combat roya. However he said the private industry would need to take a more active role.

“If industry wants to continue having the supplies and the quality supplies they’re going to have to step up to the plate and actually fund the work that allows them to reduce their risk in the supply chain,” Schilling said during the SINTERCAFE conference in Jacó.

Part of the funds to WCR will go toward finding and developing new roya-resistant varietals. The Costa Rican Coffee Institute’s (ICAFE) research facility in San Pedro de Barva, Heredia, has been working on a roya-resistant varietal for years. In January, ICAFE announced it would start selling the resistant Obatá to help farmers diversify their plots.

Besides the ravages of roya, coffee producers have been hit hard with low prices during the last several years.

It hasn’t been all bad for Central American growers this season. Prices for Arabica spiked in March due in part to lower production in Brazil due to a drought, granting local producers more revenue in the tight market.

USAID said that it would invest $14 million overall to fight roya. Funds also will go toward developing a coffee pest early warning system, providing a regional coordinator to teach best practices and collaborating with financial institutions to bankroll the replanting of devastated fields with more resistant varieties.